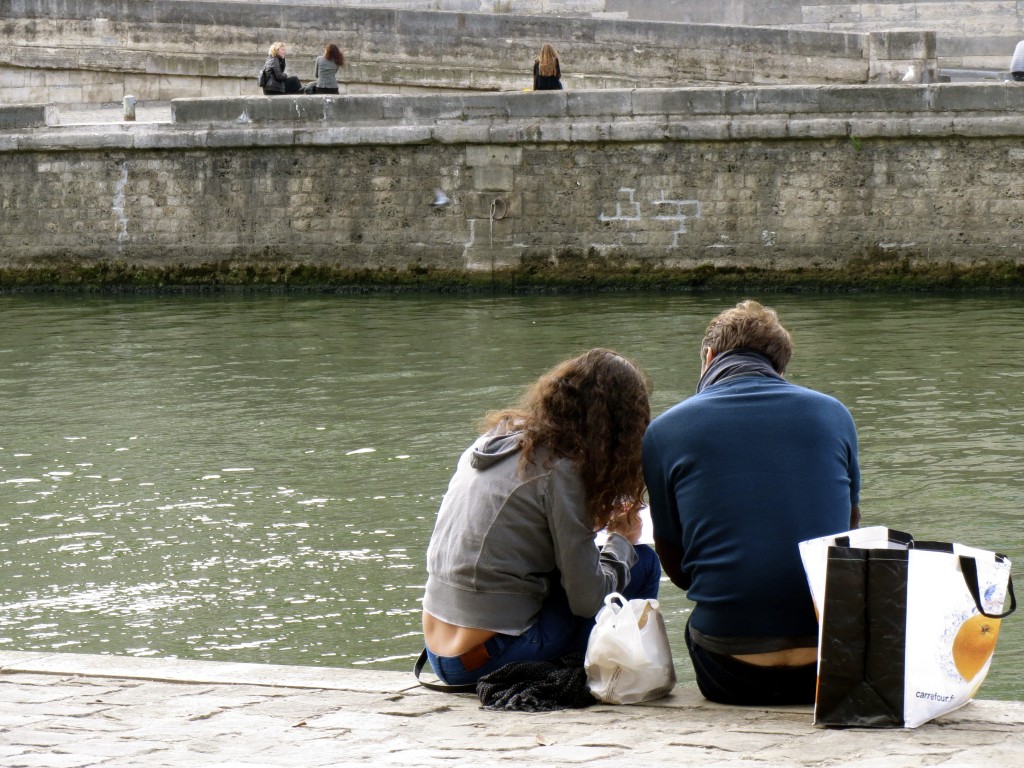 *Not all flight attendants or individuals in aviation experience this in aviation.  This is simply the perspective of one.*


I wanted to prove them wrong in dating.  I wanted to show them that I could have a happy and healthy relationship- that I was the exception to a rule that says “relationships struggle and dating is impossible in this industry.”  I thought ignorantly that I was above the laws of science that follow that relationships and love develop through quality time and consistent presence.  I believed that any dating relationship to which I was a part of could survive the constantly revolving door of airplanes, airports, suitcases, and hotels.  This because I was part of it.  This was because I was different.  This because nothing is impossible, right?

Nothing except dating in my flight attendant life.

Mix an impossible schedule with impossible ambition.  Add a few drops of wanderlust, a couple of tablespoons of commuting, and there you have an all-over-the-map, jet-lagged girl that no one, not even myself, can keep up with. 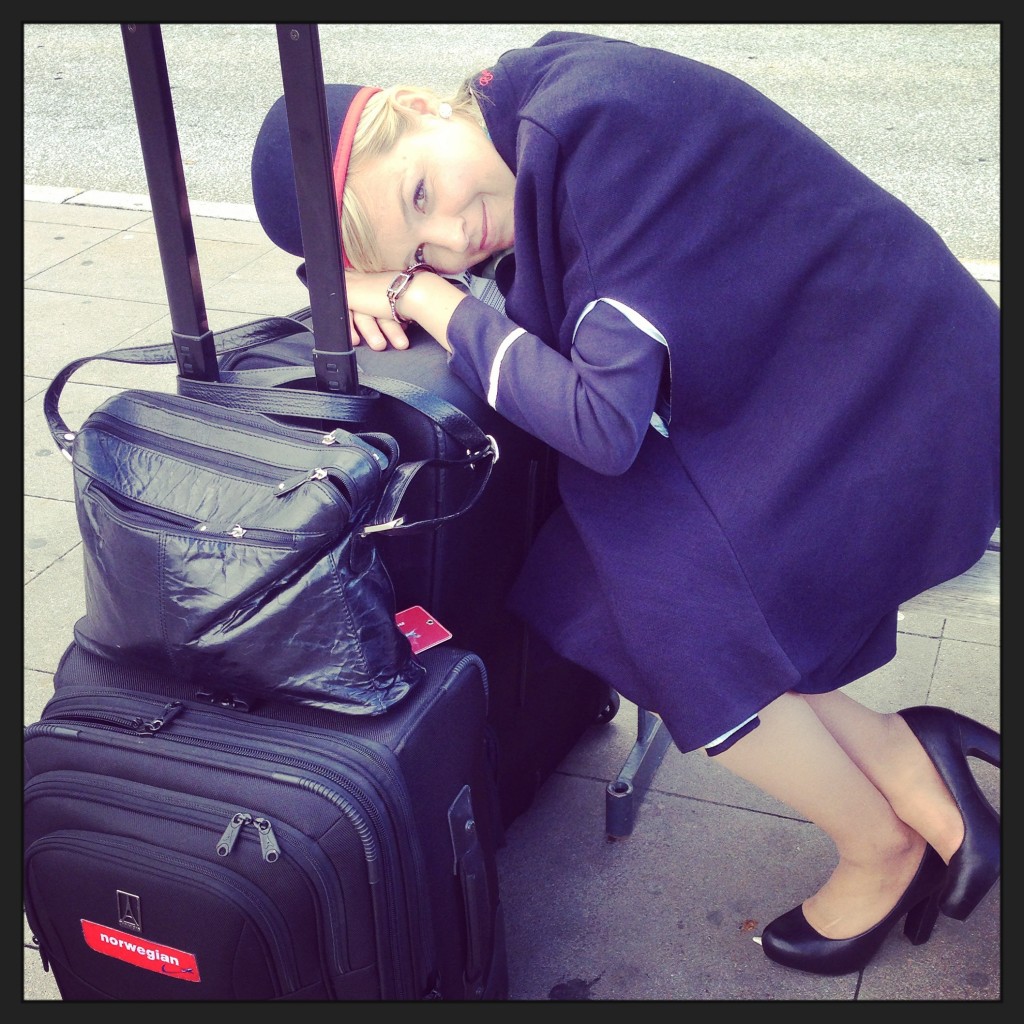 “Are you in FLL?” one questions.

“Yeah- that was yesterday.”

And to the question of, “When will you be back?”- I’ve stopped promising as it seems I can never keep my word.

I doesn’t matter if I love you.

It doesn’t matter if you love me.

It doesn’t matter because my life is too much for you and more importantly, it’s too much for me.  Three months ago, I thought that I wanted a relationship.  I told people I wanted to settle and that I was ready for settled.  I don’t think anyone believed me except for me.  I was being sincere, but often, I don’t understand myself.  I’m not ready.  I don’t know what settled or what normal means.  What I know is going.  I know two days here, one day there, meeting and leaving guy after guy after guy.  I have brushed away, dodged, and attempted to disassemble the stereotype that flight attendants have boyfriends in every city, and really, all that I have done this year is add evidence upon evidence that boyfriend is as easy for a flight attendant as said and done.

Tinder is the worst invention for flight attendants everywhere.

Love is just as susceptible to reality is as a sailboat is susceptible to the direction of the wind.  My reality is a difficult one to be part of.  I’ve stopped apologizing for it.  I’ve stopped minimizing the facts around my lifestyle and how someone will fit into it.  Let’s just stop things before they start I’ll say.  It’s better for both of us.  My guard is up.  I’ll giggle and bat my eyes to no end, because of course I enjoy the attention.  I’m human, but through every laugh, kiss, and cuddle goodbye, my heart has been slowly chipped away, exhausted by the surface level connections. 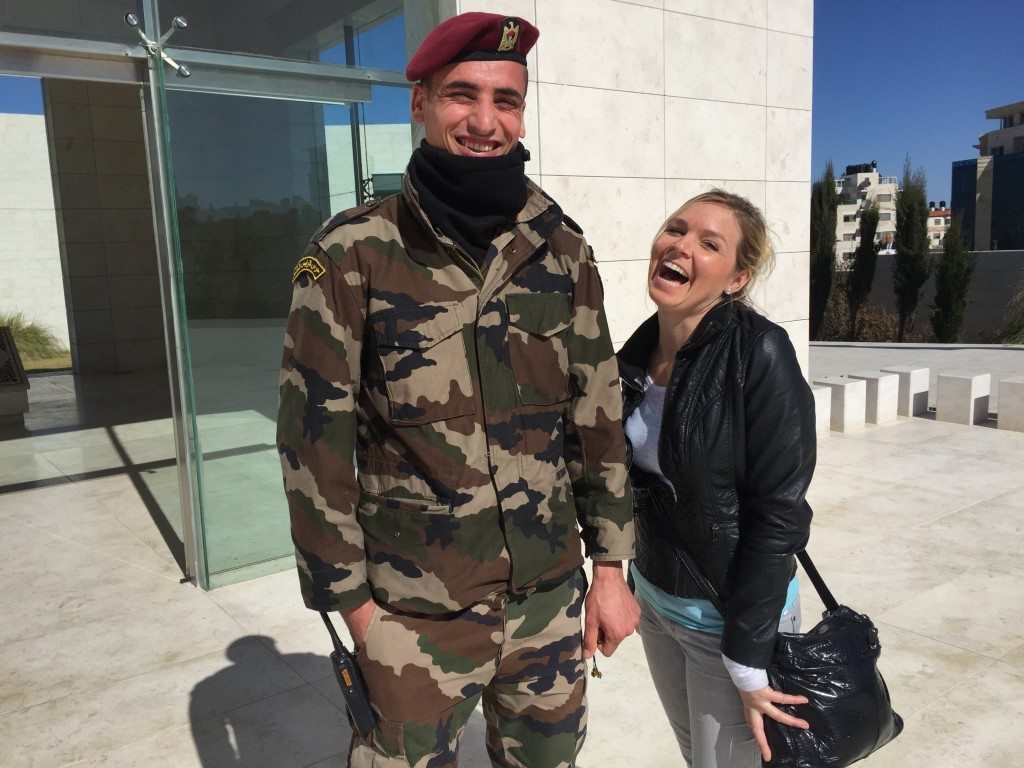 It could be more.  It always could be more.  It’s that thing of time and of ‘being’.  Time is always given to me in the increments of 24, 32, and 48hrs, stopped when the next flight starts.  Time is not on my side and probably won’t be as long as I do this. 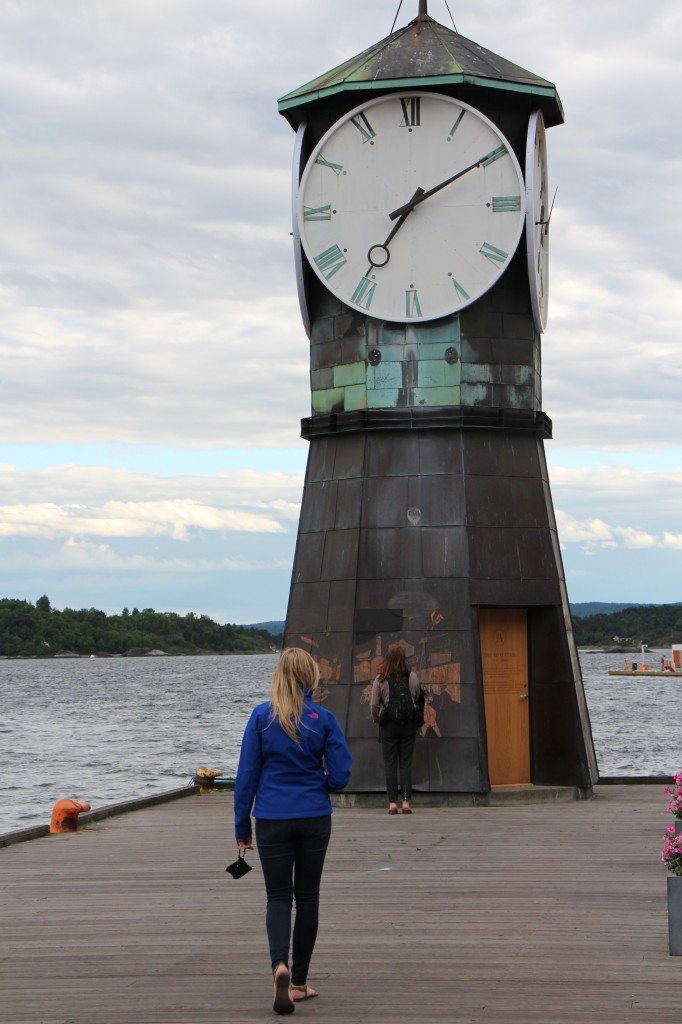 There was once a time in my flight attendant career when the people that I met mattered more.  When I believed that I would be back soon and that distance had no power.  Now, my skepticism seeps through, so much so, that I am called out on it.  I’ve been questioned as to where all of the skepticism came from.  Well, from the fact that I cannot keep falling for moments in my life cause it hurts falling continuously, and eventually, if you’re smart one learns to catch themselves.  These are moments.  At the next destination, I will still need the smile, still must maintain the image, and still must create new connections.  I must let go of the place which I left and the person that I left and be completely in the place that I am.  It’s just the way it is.  It’s not a perfect plan and I don’t think it works very well.  I don’t know a better way. 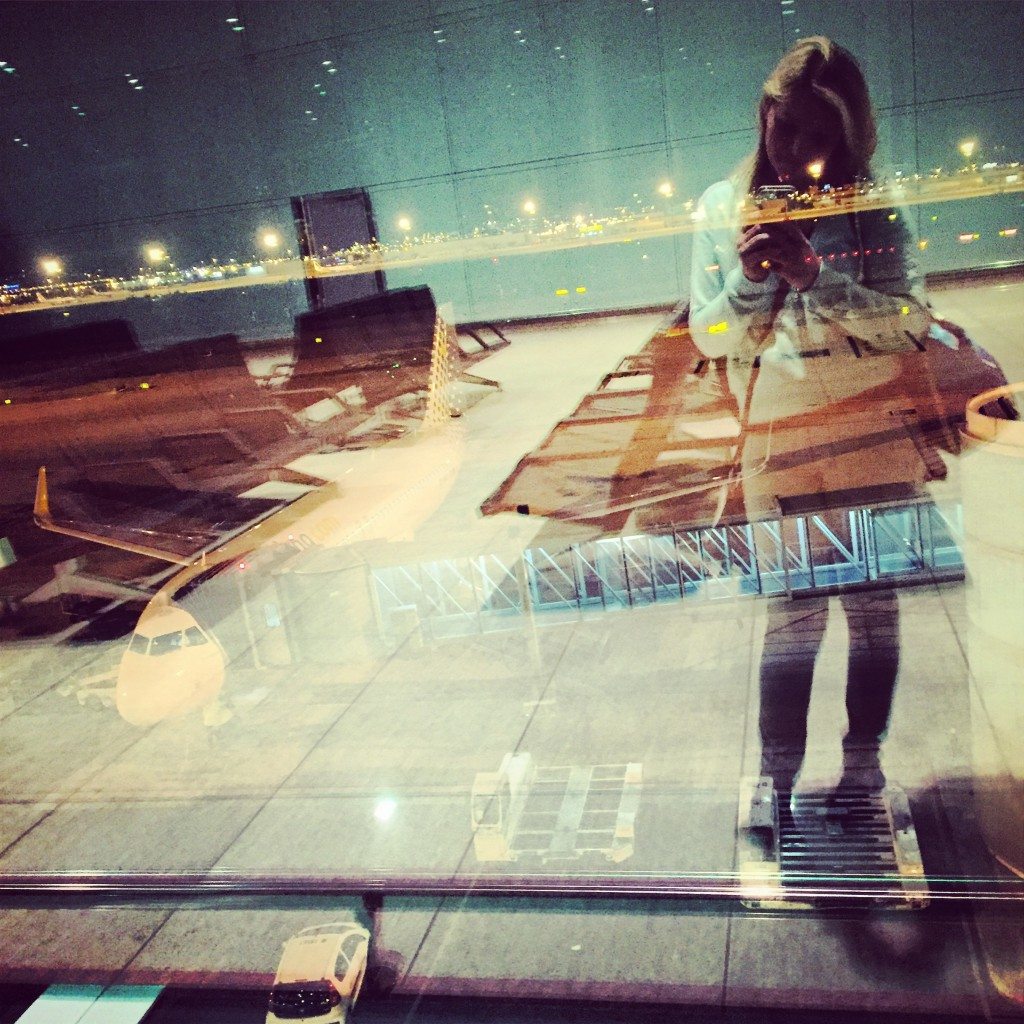 There is no middle ground with my flight attendant life.   I’m living this to the extreme, not because it is required, but because of how I have chosen it.  Not all flight attendant jobs require 10-15 day trips.  Not all flight attendants choose to commute, or want to travel in their free time, or write a blog and freelance on the side.  I’m tired.  I’m torn.  I’m heartbroken over loves that I have let go, and saddened over the little shell that has evolved to protect my vulnerable and sensitive heart.

I’m not looking for a hookup, a relationship, or love.  Or maybe, I am looking for love.  The problem is that this flight attendant life has me completely confused over what love actually is-

What I am not confused over is the guilt that I feel for not being reliable.  Guilt that I hold for not being available, and guilt that taunts for those that I have categorized as ‘not caring.’  It’s a defense.  When you meet so many people everyday, the only way to survive is by pretending to forget. 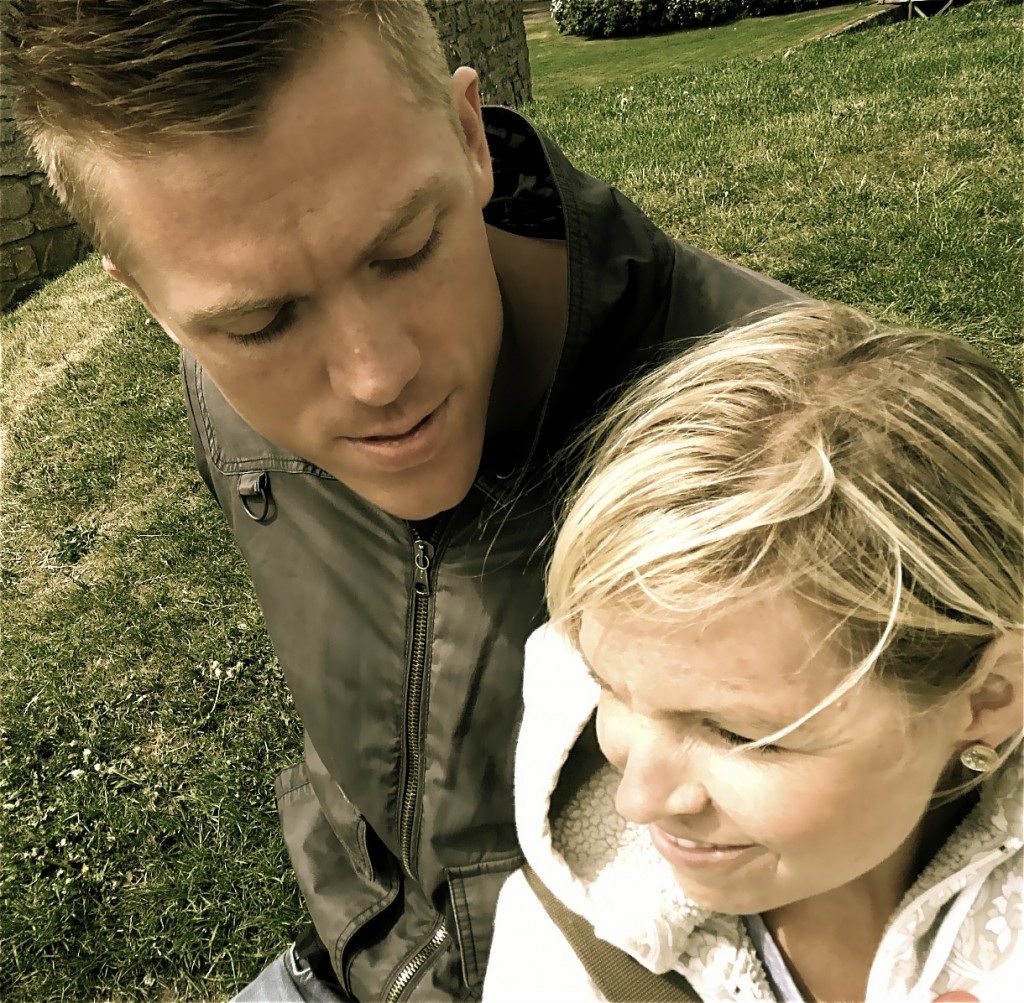 Being a flight attendant, I had found my passion. I thought I would fly forever, couldn’t think of ever going back to being a business manager again. I was living life and loving it, my friends and family couldn’t understand, and yes it was hard when I had to leave them, but once I was back in the air, I was home, right where I wanted to be. I had tried to have relationships, but it was just too hard with the lifestyle of an FA. Then a big decision came, to continue flying or move back to my home state and be near my brother for the time he had left. This was one of the hardest decisions I ever had to make. After much thought, a lot of prayer, I moved home. The end of the story, I have no regrets being with him for the last four years of his life, but honestly, I look up every time a plane flies over my house coming in to land. I miss it every day, it gets easier, but maybe it will never go away. It’s true what I had heard people say, it gets in your blood.

My wife just became a flight attendant.. I’ve been pouring all over the internet reading everything about flight attendants and relationships. I feel so scared. We have literally spent every day together for the past 5 years, and now she is gone up to 6 days a week. I love her so much and I would never do anything to hurt her. Of course I do trust her, even though it might sound like I don’t. I’m scared of flight attendants going out partying every night. I’m scared of forceful pilots being forceful with her. I’m scared of black out drunken mistakes. I’m scared that being gone so much, she will love the travel more than she loves me. I’m scared I will never get to start a family, because how can we take care of children?

I know no one will probably read this, but I guess I had to get it off my chest. Keep up the good blogging, and good luck in your love life.

First- you’re gonna be ok. Stop being so scared. You are so terrified of everything right now…I understand. I understand being afraid of losing everything you love so dearly and everything that you have invested in. I can’t predict what the future will bring, but I can predict that your fears may ruin you. Don’t be scared of the forceful pilots, the black out drunken nights, or the parties. It’s not common. Give your wife a reason she wants to come home. Find something to love. You can raise children. You can live the life you want and you can have the love you want. I heard something today and it was about fear. “Perfect love drives out fear.” Do not be afraid. I don’t know what the future holds for you, but love your wife by letting her be free. She doesn’t love you less by going away. Time will give you the answers you need and for now, just breath. I hope so much that you read this response.

I’m in the same boat as John Doe, although my live-in girlfriend is going to be on a small regional airline (GoJet), so it might not be as bad as 6 days a week… yet. Thank you for your response to John Doe as it’s reassured me somewhat. I’m very protective of her and I know I’ll have trouble with her going into that industry. I’m not controlling, just worried. She’s been in the service industry for years now, so I know what that’s like, but I hear all of the horror stories of pilots calling attendants for late night hookups or even attendants hooking up with other attendants. I trust her more than anyone, but can’t help buy worry about those scenarios. I’ll just do what you said and breathe for now.