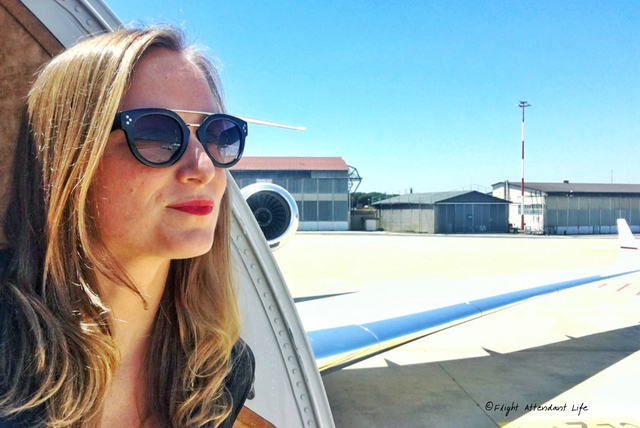 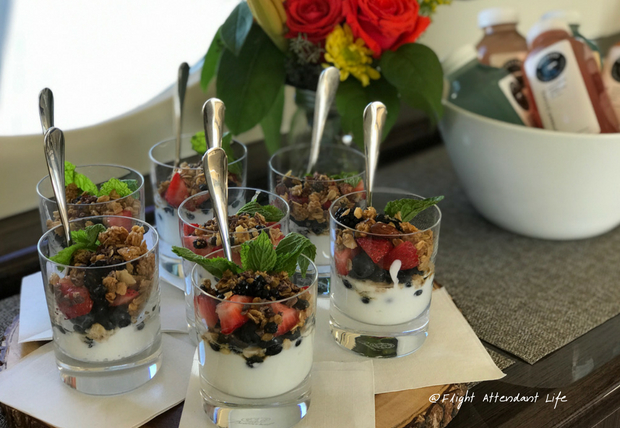 It’s not uncommon that, as a private cabin attendant, I rack up $5000 plus on my credit cards within a few days— ALL by expenses that are not mine. As part of a corporate flight attendant’s job, the in-flight professional has to purchase catering, aircraft stock, and cover hotel costs or other on-the-road expenses. All of these expenses are reimbursed later by the company, charter client, or aircraft owner. Sometimes, it can take a few months for some private jet operators to refund the trip expenses; especially if the private jet cabin attendant has never flown with the company before. A private jet flight attendant career is not really possible for those who do not have integrity or high credit limits.

You simply have to have good credit and be trustworthy. Most business aviation professionals have multiple cards, but never leave home with their Marriott Rewards Credit Card. It’s a must-have. Once, when I was flying with a particular company, the chief pilot said, “Wait what?! You’re not a Platinum Member?! This should have been an interview question!” Thankfully, he was teasing, but that simple information showed him that I had less experience than he thought I had. In other words, get your Marriott Rewards Credit Card earlier rather than later;)

Working as a private jet flight attendant is stressful due to the incredible amount of uncertainty and unknowns— always. 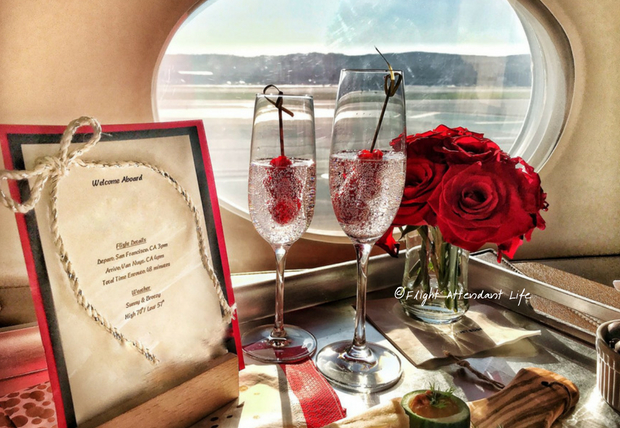 Time is a luxury that private jet flight attendants do NOT have— especially when it comes to planning for an upcoming trip. If I have five days notice for a trip, I am in HEAVEN. More than two days notice for a contract corporate flight attendant is a gift and detailed passenger preferences or requests makes the job so much more simple. With everything always changing and so many unknowns always occurring, the stress is real. A very experienced corporate flight attendant once told me wisely, “The stress never goes away, you just become better at managing the stress.”

Being a corporate flight attendant is such a weird job as you are literally attempting to predict human behavior and that is impossible. As a contract corporate flight attendant, I am always on different planes, with different (and often new pilots), serving new clients. Adding to that confusion, I freelance with five to seven different private jet companies; each one has their nuances, quirks, and process for submitting expenses. Top that with jet lag and WOWZA! This is a job where you are required to strive for perfection. Trying to be perfect in such a dynamic environment will always be a bit stressful. 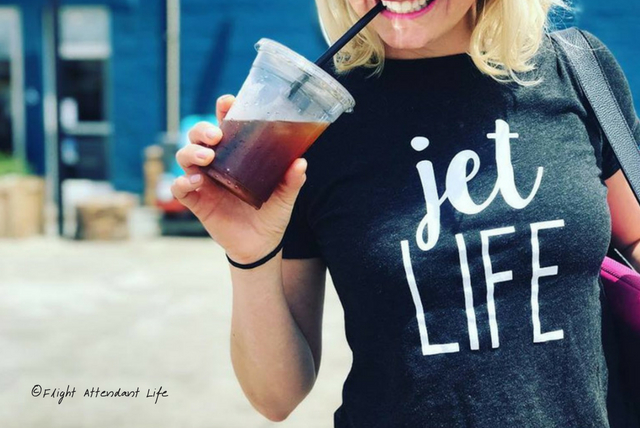 For three years of my commercial flight attendant career, I was based in the yachting capital of the world (or at least the United States)— Ft Lauderdale, Florida. I would bike to the market and see a couple of girls or a girl and a guy piling up shopping carts with SO many provisions. It was easy to tell they were ‘Yachties,’ but at the time, I had little concept of everything that went into a yacht stewardesses job. I would hear about how to get jobs on boats from my friends in the industry. Jobs always came by who you knew and how you looked. A yacht job was truly a lifestyle and it permeated the Floridian town.

It wasn’t until I moved back to Los Angeles and jumped all into private aviation that I realized the connection and that yacht stewardesses are probably more prepared than commercial flight attendants to transition to private aviation. Yacht stewardesses and private jet cabin attendants have to shop and make all the meals, keep the cabin immaculate, know the guest’s preferences, network to get jobs, and so much more. 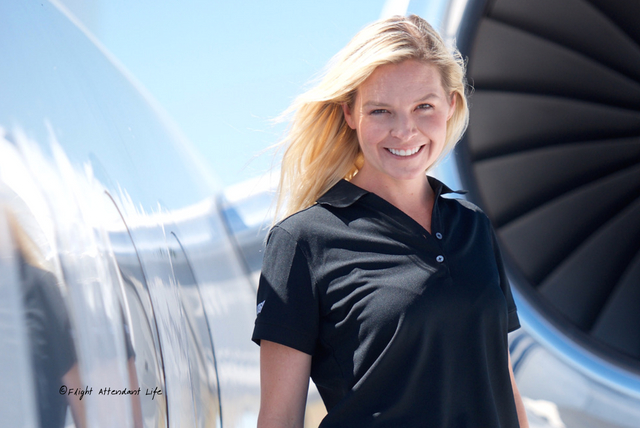 When I went from being a commercial flight attendant to becoming a corporate flight attendant, I honestly never thought I could like private jet flight attendant life more than my first love of the airlines. Wow! Was I ever wrong! I discovered that being a private jet flight attendant allowed my creativity to flourish. I was never capped on how much I could make and every decision to exceed expectations offered a potential reward. At the airlines, you are boxed in by rules on what your nail color is supposed to be and how you should wear your hair. Doing the bare minimum to get by receives the same compensation as delivering exceptional service; with no probability of changing that.

As a corporate flight attendant, my job is never secure. I also know that a million other girls would kill for this flight, and I am lucky to be here now. I treat the job like it’s a gift and that if the flight I am on was my last ever, ‘How do I want to remember it?’ Do I want to walk away from my job, knowing that every day I ALWAYS invested my best or do I want to just show up to earn a wage? The choice of how you live, and thus how you are compensated, is up to you.

Private jet flight attendants are required to keep secrets of who, what, and where they fly, but if you’re in the ‘circle of trust,’ the stories that swirl around are fascinating. 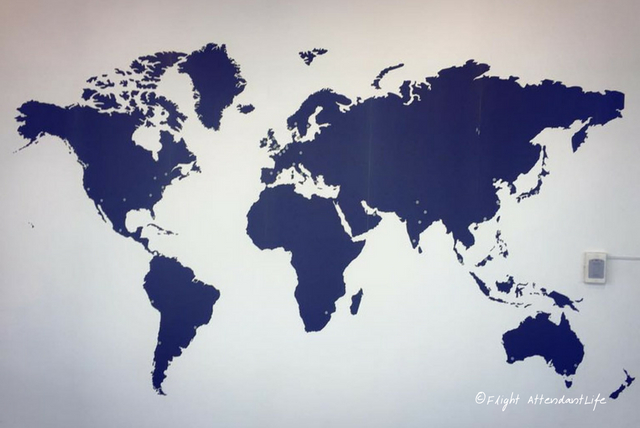 Every company you will ever fly with, will (or should) make a private jet flight attendant sign an NDA. That means PRIVACY, PRIVACY, PRIVACY. Depending on the company, social media can be an absolute no-no and photos shared with aircraft tail numbers— as this is essentially the equivalent to a client’s home address— are never allowed. It’s a secretive industry, but for those who are in it, many have flown the same celebs, with the same pilots, and have the juicy gossip or passenger details that no one would know unless you were “in it.” It’s kind of funny the way it works. Private aviation is an incredibly small world. Know how to live in it well.

The best corporate flight attendants are in fact, culinary masters and private jets don’t come with beds made. It’s part of the flight attendant’s job to set-up the cabin to the exact specifications of the client, while also anticipating what the client might want. Oh— did I mention that private jet cabin attendants also strive to exceed clients expectations by adding thoughtful touches to the in-flight experience? Yep— it’s an entirely different world than commercial aviation.

Interested in discovering five traits that make a corporate flight attendant successful? Sign up to get the secrets delivered straight to your inbox!