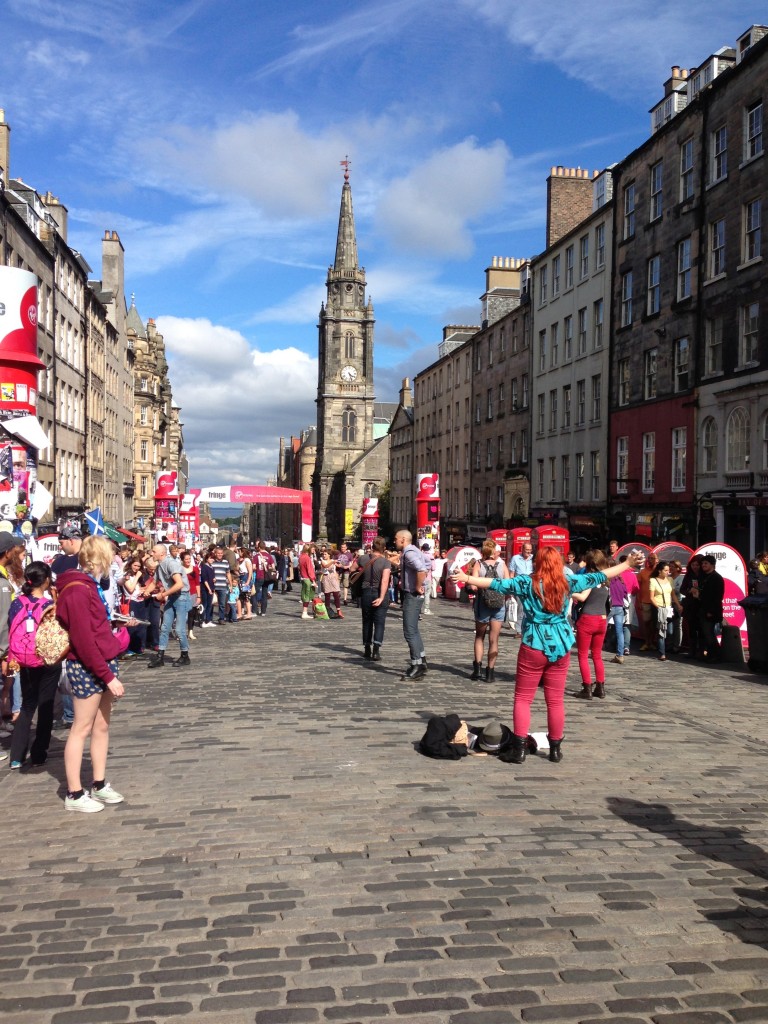 For a couple of years now, Dave would tell me fairly often, “You need to go to Edinburgh.  You will love it.  Love it!”  I didn’t doubt that he was right (he’s right most of the time with me…but don’t tell him I admitted that), that wasn’t the hold up.  I simply had to figure out when to fit the trip into my schedule and find a few extra pennies in the sofa for the excursion.  When my good friend Hilary invited me to visit her and her husband at their home, located a few hours drive from London, I decided that a stop in Edinburgh had to be added to the itinerary.

I planned five days in England, and had a fantastic time, but arrived in Edinburgh, sick.  So sick.  Head pounding, throat burning, and slightly delirious.  I had barely managed walking myself to the gate at the airport, and getting myself on the flight.  Traveling solo, I needed someone to take care of me, but once again, this was alone.  The thought crossed my mind that I should just go home, but one of my friends was going to meet me in Scotland, and I didn’t want to flake on her, or miss seeing the city.  I was feeling so terrible, that, while on the short flight from Southampton, UK, to Edinburgh, I determined that I would pay whatever it cost to take a cab from the airport to the hostel.  Besides being somewhat of a ‘Diva Backpacker’, I couldn’t handle figuring out travel, or standing on a bus that had to make a bazillion stops feeling the way that I did.  Somehow, I walked off the airplane with a little more energy, and was met at the curb by the convenient Airlink Bus, which runs from the airport, to the City Centre, and only costs 3.50£.  Cheap, quick, and free wi-fi included! 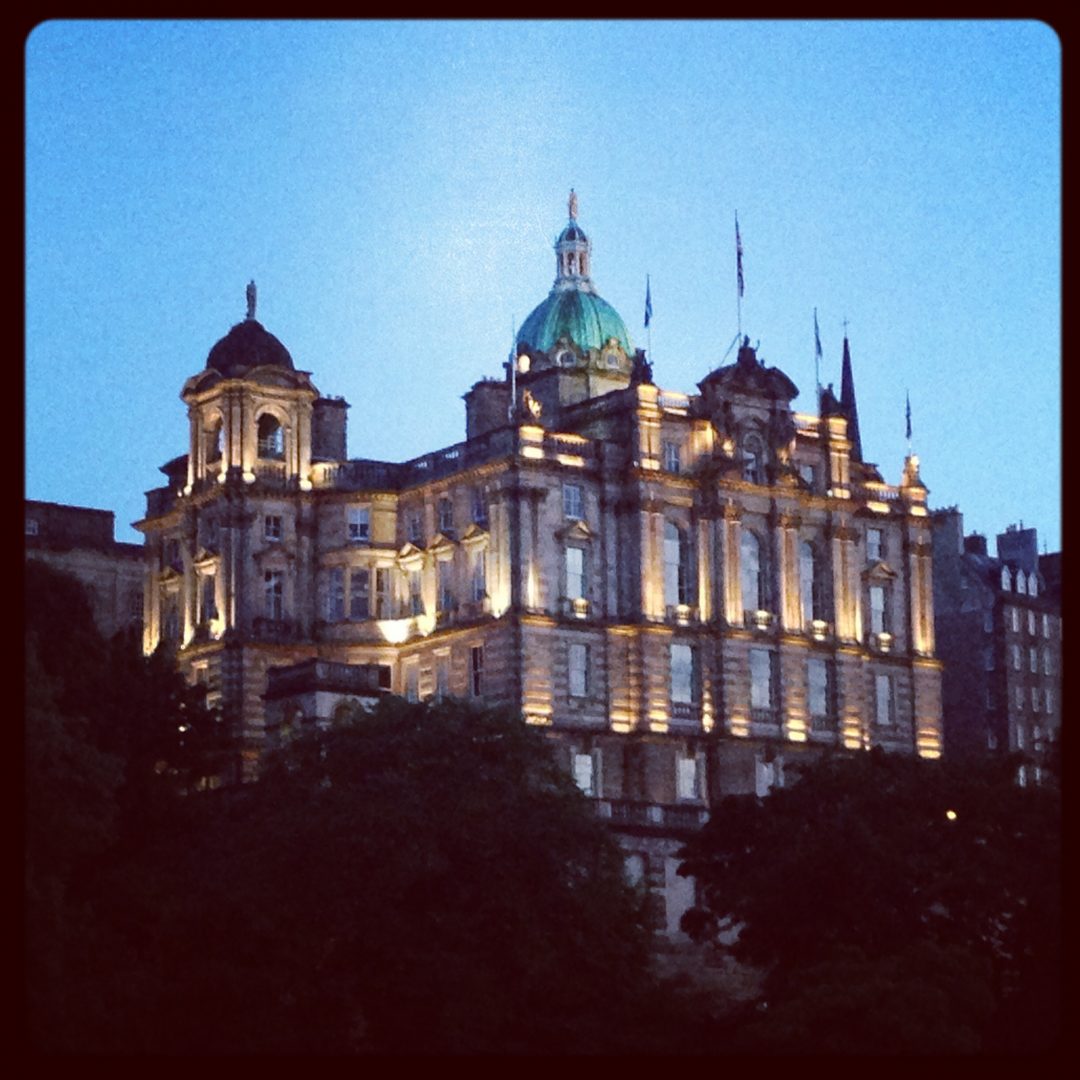 I was immediately taken by Edinburgh’s buildings.  The city is considered a UNESCO World Heritage Site, so all buildings that are built in the current era, must fit with the architectural style of the older buildings.  This creates a magical intrigue, captivating and awe-striking.  Edinburgh is gorgeous, but dark.  Edgy, yet welcoming.  Safe, while carrying an air of mystery. 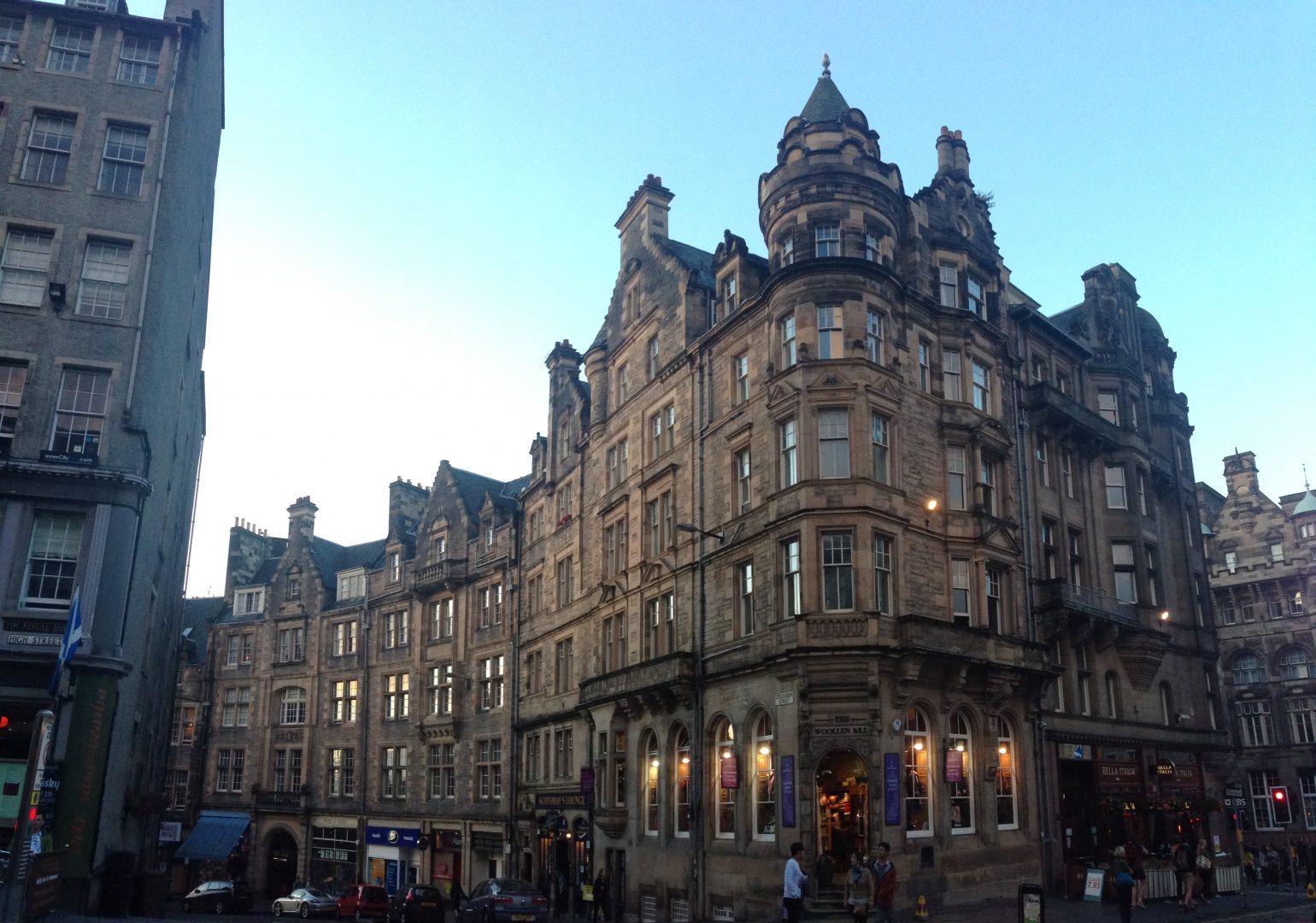 Almost instantly, I fell into step with the vibe and layout of the city.  Navigationally, I was taken aback by my sense of direction.  I wasn’t lost at all!  It was like I had walked the streets before, knowing exactly where I was, even without a map.  The Old Town is very walkable, and I enjoyed taking a couple of walking tours, where I learned valuable information, like where the term Shit-Faced comes from, the story of grave-robbers, and how J.K. Rowling found inspiration for the characters of Harry Potter. My friend ended up flaking on me (legitimate flake), which turned out to be probably for the best, as I needed time alone.  I needed time to reflect.  For five days, I did whatever I wanted to do, when I wanted to do them.  I rarely spend time alone while in Hawaii, and the days spent in Edinburgh was the first significant amount of moments, grouped together, that I had had in awhile.  Normally on my adventures, I look forward to making friends and meeting cute foreigners.  This time, I didn’t care.  Social was not scratched into my itinerary, and I found myself completely happy hiking through Holyrood Park, and sitting at hip wine bars alone.

Often, I plan trips in such last minute fashion, that I don’t really take into account what may be happening in a country or city, or even what the highlights of that place are.  I find this pretty terrible, actually, considering that most people dream of trips and plan them for years in advance.  The Flight Attendant Life means that I can wake up on a Monday, and say, “I have five days off of work.  Oh, I can go to Iceland?  It’s only 7 hours to get there?  Perfect.”  Sometimes it works great, other times, not so much.

It just so happened to be the start of Fringe Festival.  I had no idea what that even meant.  I’ve since learned that Fringe Festival is the world’s largest arts festival, and it is large!  They, whoever ‘They’ are, are not joking.  In 2012, The Festival lasted 25 days, totaling over 2,695 shows, from 47 countries, in 279 venues.  The festival is all over the city, and I witnessed the influx of people between the time of my arrival to my departure.  There are all types of shows ranging from comedy, to burlesque, monologues to musicals.  It’s hard to know which to go to, or what to choose to see.  And you have to choose, because unfortunately, you cannot see everything.  I was supposed to spend a few less days in Scotland, but due to the joys of stand-by, I was able to see more than just one show.  It’s fun, overwhelming and interesting.  It would be an incredible experience to spend the entire month of August in Edinburgh to really be able to experience The Festival. 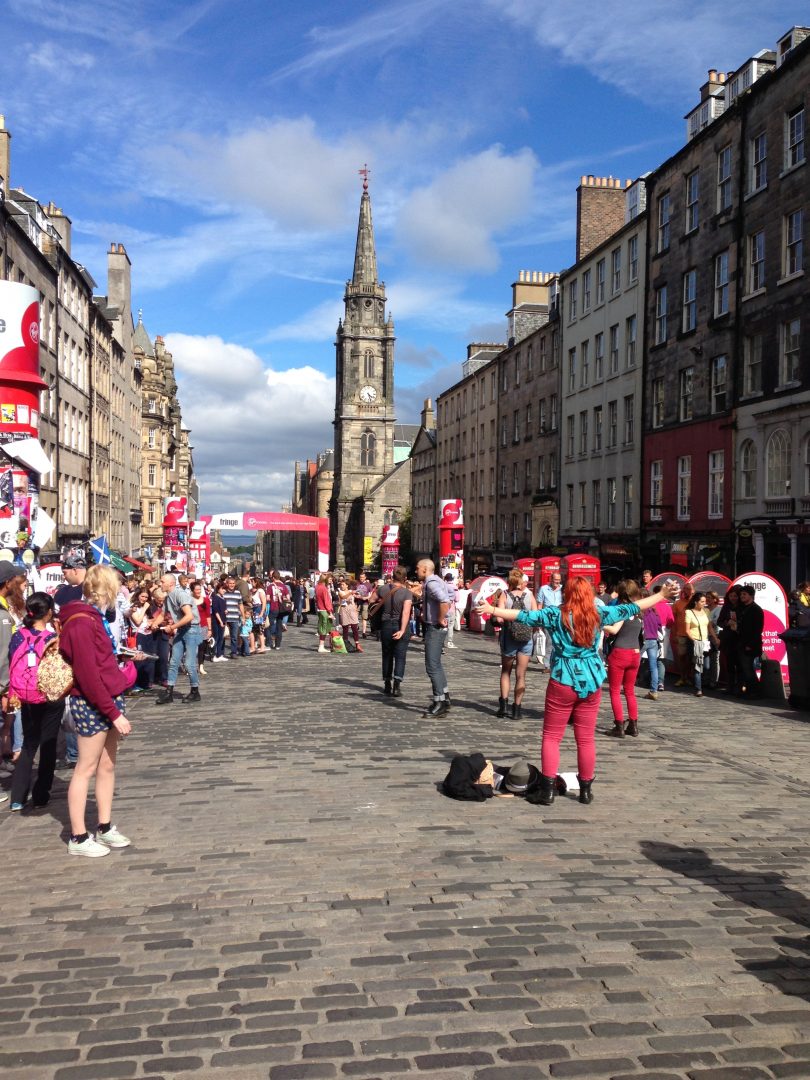