When The Friendly Skies Are Too Friendly 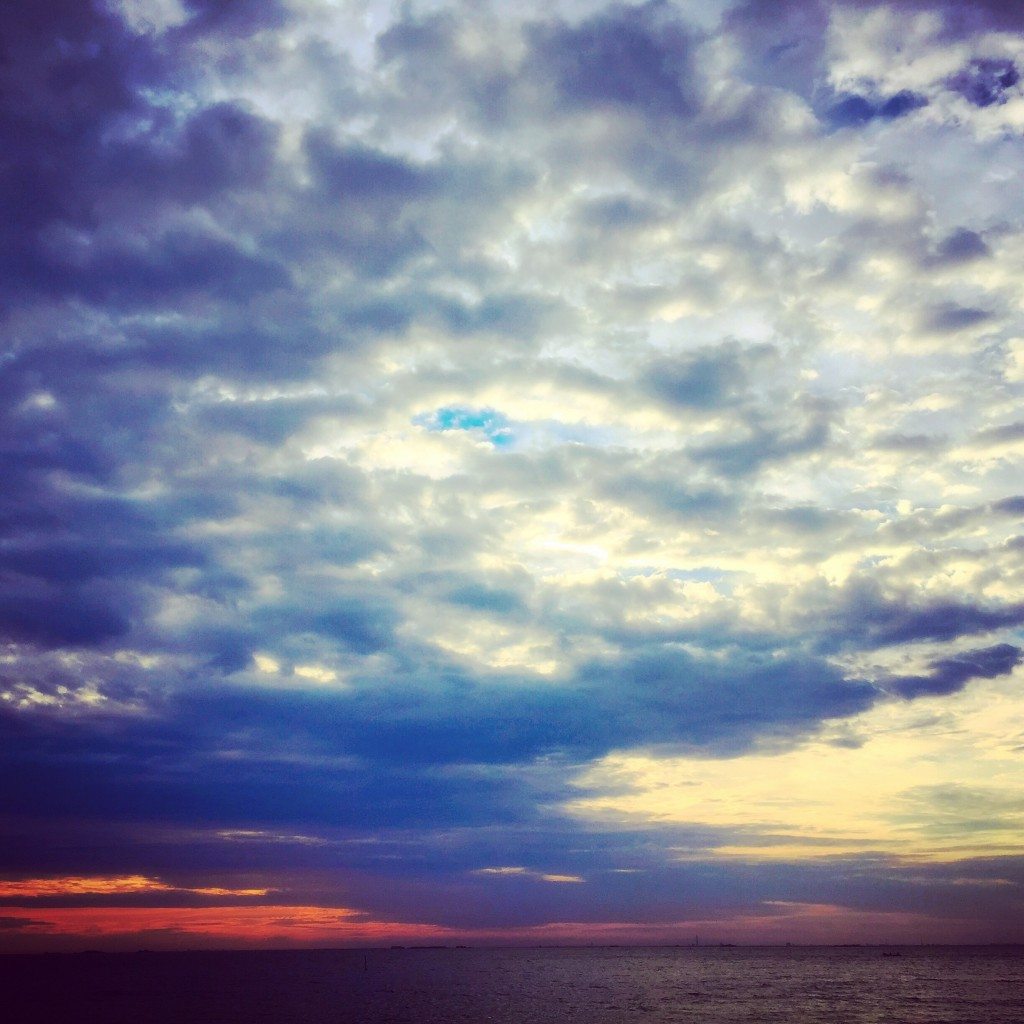 I remember being dizzy with exhaustion. I remember feeling so disconnected— more tired than usual after working a ten hour flight—but, I had agreed to go with this pilot to his boat that was a few hours by train away from my layover city. I saw it as an adventure. I figured this pilot was “safe.” I just didn’t think that he would try anything. The vast age difference between us, coupled with how he had presented the scenario; I sincerely believed this to be innocent. I believed his intentions to be innocent. I trusted that I would be safe with him.

I hate being wrong.

I was raised in a loving, supportive family, with a father who was a protector and a mother who was a supporter. My father would fight for someone’s integrity, honor and heart, especially his daughter’s. Maybe the downside of this is that I believe all men will be as incredibly loyal, trustworthy, honest, and sincere as my father. I believe that men desire to protect me and all that is uniquely and wonderfully beautiful about me. I was lucky to grow up in an environment that created so much safety and security. It has fueled my sense of wonder. It has granted me courage to be adventurous. It has made me believe that I am loved. But, flip the coin, and I have trusted some that don’t deserve my faith.

My curiosity is one of my favorite attributes about myself, but it sure as hell has gotten me into questionable situations. For the last eight months; the boat, the adventure, and this pilot surface sporadically in my mind. It’s the secret that I keep, the one that I justify as “not so bad.” I was strong enough and determined enough, even in a compromised mental state, to stop things before the physical contact went too far (side note: what the hell does “too far” even mean though?). It could have been worse. So I justify; justify all of it, blaming the majority as my fault. I figure that I’m pretty happy with myself and my day-to-day that I don’t need to focus on this dark spot in my flying life (I’ve been crying for the last 3o minutes of writing this). I don’t know what to do with it. I don’t know where to stow this experience. I don’t know where to check-it, chuck-it, or change-it, so I carry it with me like an overloaded suitcase. A bag that subtly influences the way I respond to myself, the way I respond to other men, and the way that I respond when I happen to cross this pilot’s path. I hate when I see him. I felt taken advantage of and feel liked he crossed a boundary that, if I didn’t know better, he absolutely should have.  But I pretend; bubbly and cordial, asking, “How was your trip? How are you? Everything good?”

Why do we pretend so much that we are perfect when really, we are all just beautifully broken?

The only person I ever cried to about this said, “We aren’t children anymore. You knew.” Yeah. I don’t know what to say to this, except that it is the trigger to the gun that fires the bullets that burn in my soul full of shame and regret. The ammunition that damages in a way that words and thoughts have the power to do. I hear repetitively; “You stupid girl. It’s your fault for putting yourself in that situation. You should have known better.  You are smarter than that. You shouldn’t have been so stupid. It could have been worse. What were you thinking? You deserved it.” Sigh…I hate these fucking tapes.

I want everyone to know that no one deserves to have their personal sense of safety and security taken away. EVER. EVER.

Griffin and I were talking about authenticity and transparency last night. He was saying that he has been having a tough time and struggling, but that he is facing his demons. Facing it so he can help people, because maybe someone needs to hear what he has to say. So, that’s why you hear this story now  and why I wrote this. Because, maybe you needed to know that you aren’t alone. Maybe you are the girl who is always good at everything; smart, popular, and pretty, but something happened and you feel less safe in your world. Less worthy. Less complete.

You are just as beautiful after the mistakes you made, after the moments that you would like to forget, after life spun you around in a washing machine and threw you out into the world again.

You are not alone.

Sometimes I think, “I believe in God. Shouldn’t He make my heart feel better? Shouldn’t he make me feel less ashamed, less angry, and less hurt?” I don’t know. Maybe he saved me from more than I will ever know. I hope I learned something in this and I hope I can forgive myself and the pilot, as currently I just think of him as another fucking asshole.

I wrote something once that rings very true and something that I need to remember:

The reality is, the world is not always beautiful, the people in it not always good and luck, not always on your side.

I’ll remember better. I won’t stop trusting though. I won’t stop being curious. I won’t stop loving life tenaciously. I’ll just be more careful. Be careful with your heart. Please be careful. Not everyone wants to treasure and protect it. 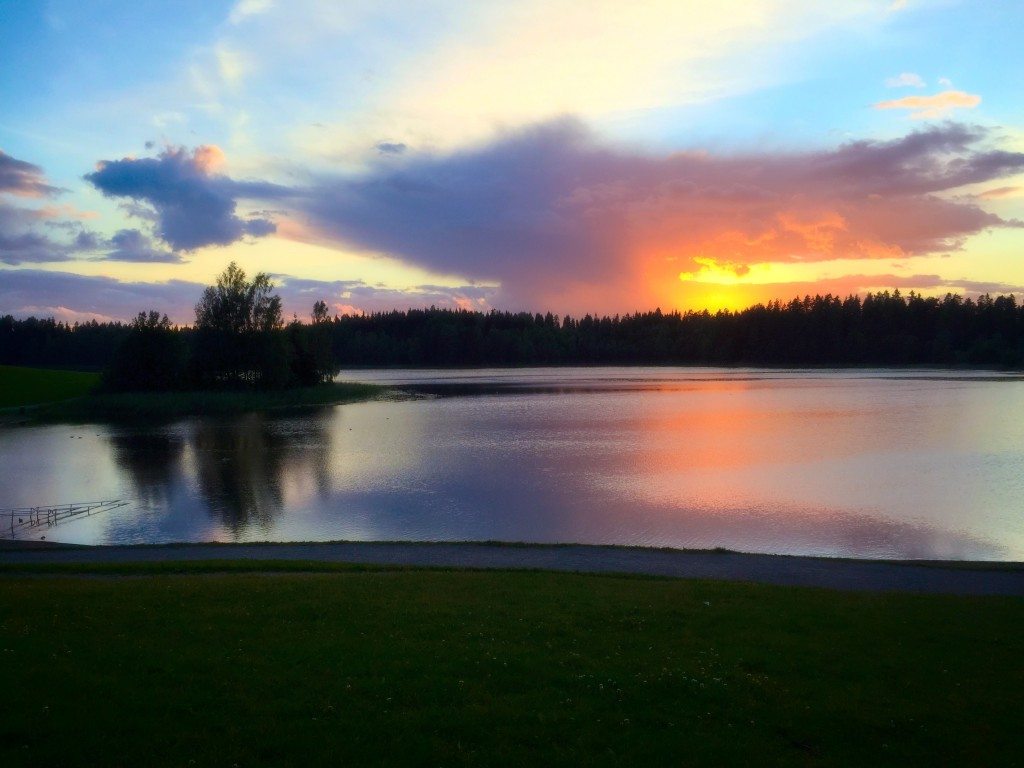 A woman should never have to physically use her strength to force a man away. The words of ‘no’ and ‘stop’ are enough. If you feel like your safety and sense of self have been taken advantage of and need someone to talk to, please reach out to a professional, a friend, or a support group.

Because of the Lord’s great love we are not consumed,
for his compassions never fail.
23 They are new every morning;
great is your faithfulness.
-Lamentations 3:22-23

I’m so sorry for your struggle and pain. Please know you are very much NOT alone, it’s not your fault and HE is the one who should be punished!!! His actions were unbecoming of someone in our profession and I’m certain in his union. Just a thought, but have you concidered going to your company or his Chief Pilot or even professional standards about his behavior? You might save another from the same experience. Wishing you strength, comfort, love and peace.
In solidarity,
Carris Dougherty

Thank you Kara for sharing your unfortunate experience! I hope that you REALLY DO KNOW that YOU are not at fault (except for being too trusting of others when this is supposed to be a loving world)! I am sure that you have touched many hearts (as you did mine) and your words will help to ease someone else’s worry or pain. Thank you again and I hope you have a truly blessed day 🙂

Kara, bravo to you for your courage to share your story. I am so sorry you had this experience. You are not alone, none of us are. I too, had a rattling experience with a pilot, which ultimately cost me more than words could possibly describe. Thank you for sharing, I know how difficult reliving the past can be, let alone talking openly about emotional trauma. Keep your head up and your wings spread, there is nothing more empowering than overcoming demons and douchebags.

Thank you so much for sharing your story. You are absolutely correct, no woman should ever have to say more than “no” or “stop”. I commend you for writing this article. Not only are you helping yourself pass a difficult moment in your life, you are helping others in knowing they aren’t alone in their thoughts and criticisms of themselves. This article has helped in more ways than you will ever know. Keep up the great work and faith in humanity.

I just wanna say thank you for sharing this. I had been there too. I can relate how you feel. But one thing I always tell myself is never ever change your kind, beautiful, bright personality because of these idiots. I want to tell you that you are not alone too!

Hello. I was wondering if Norwegian had a contract you had to sign to be with them? Great articles. I read them all the time 🙂

Kara, I loved your article and was moved to comment. I am a pilot with one of the big three in the US and this is inexcusable. No means no. I am sorry this man took advantage of you and that you have to deal with the guilt and pain, you don’t deserve it. Keep on smiling, you are brave, beautiful and inspirational! B