“Stupid, Crazy, or Both?” When Airline Standby Gets The Best Of You

Stupid, crazy, or both?

I’m describing those that choose to fly standby.  Yup.  Legitimately nuts.  I’m describing myself.  Traveling standby is how I travel so frequently, which is awesome.  But, beneath the glamour, there has been scenes of me– crying, stressed, alone. Because all of the flights are full and I can’t get home.  If you are unfamiliar with the term standby, basically it means flying on a flight without a prior reservation for that flight.  There are a couple of situations when regular paying customers travel this way, but this post focuses on The Flight Attendant Life and standby travel.

Many don’t understand or realize the inside rules and world of airline employees.  Part of that world includes free or discounted travel.  How it generally works is that an airline employee; pilot, flight attendant, or ground agent can fly on their airline or other airlines when not working for free or at a discount.  This is if there are seats available that have not been purchased by other paying customers.  Depending on which airline the flight attendant, pilot, or agent works for determines which carriers the individual may travel on and the cost associated (if there is one).  Wikipedia shares a definition to explain stand-by travel which can also be referred to as non-revving, non-rev travel, or space available.

If you are looking for adventure, spontaneity, and want to experience travel like a flight attendant then travel standby.  It’s the way that I travel most of the time.  Well, sometimes travel, but more realistically stress, often waiting at airports, watching plane after plane take-off without me.  In January, I was at Boston Logan International Airport and I overheard a group of gentleman one of which said, quite loudly, “I need to marry a flight attendant so I can travel for free.”  Uniform and all, I sighed and quietly laughed to myself.  I’ll continue to let him live in his fantasy, because I had clearly woken up from mine.  The reality is that I have spent sleepless nights in so many airports or had to drop lots of dollars to cover transportation to and from an airport, book last-minute hotels, and purchase exorbitantly priced flights to make my report time for work and not get fired.  Being a flight attendant doesn’t always get me anywhere very quickly.

Behind the glamour of being able to fly anywhere that I want to, whenever I want to, lies that ugly truth that it’s not often that way.  Standby is a double edge sword of heaven and hell.  I mean yes, I have gotten to see the world, and I have some great travel stories because of this spontaneous type of travel.  Like the few times I’ve been lucky to fly first class for free or when I decided, the day before, to fly to Iceland or changed my mind about flying to Dublin, which led me to meeting Sweden in Copenhagen.  There are definitely upsides to being a flight attendant. 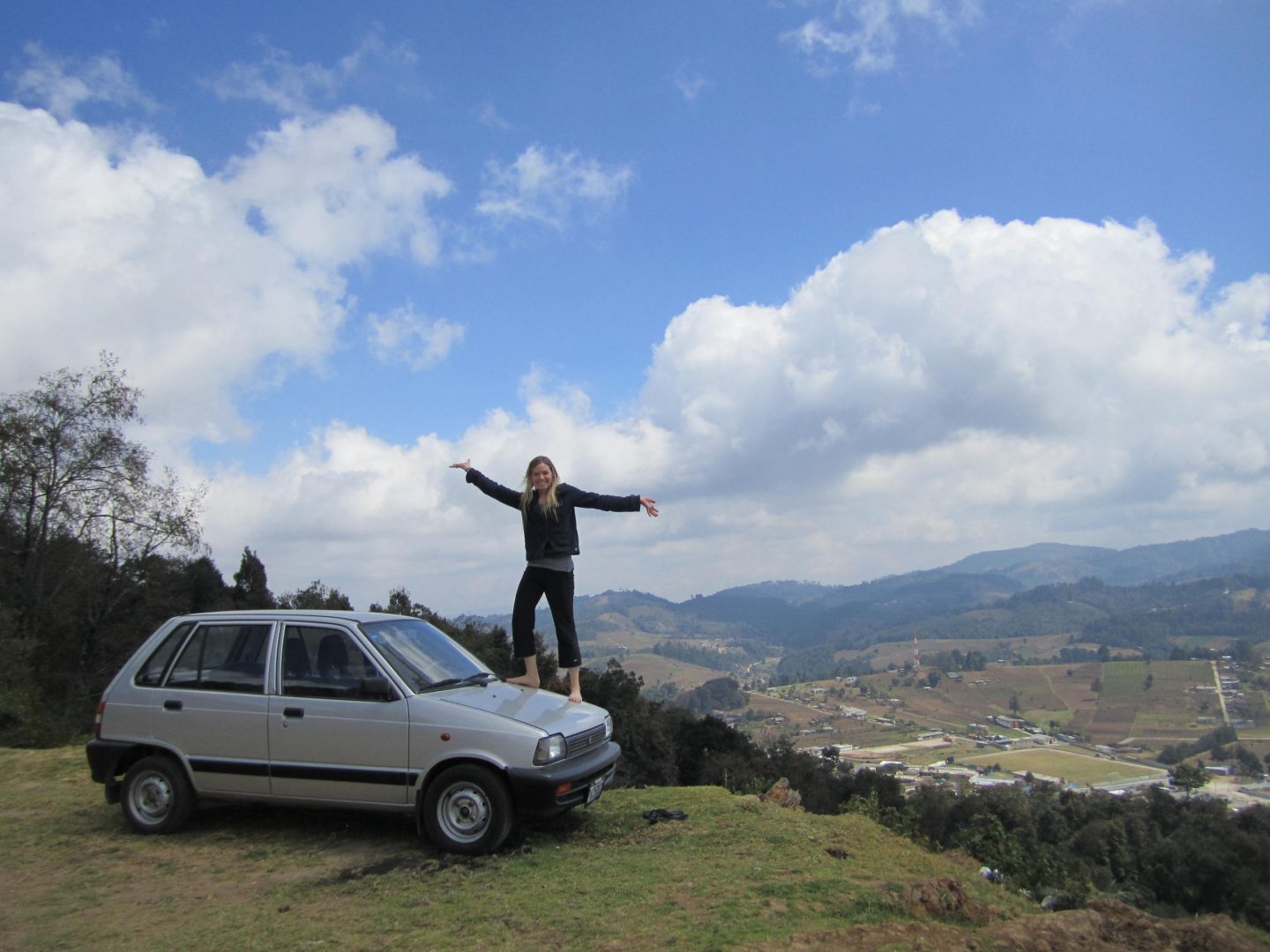 Guatemala and The Little Maruti Car 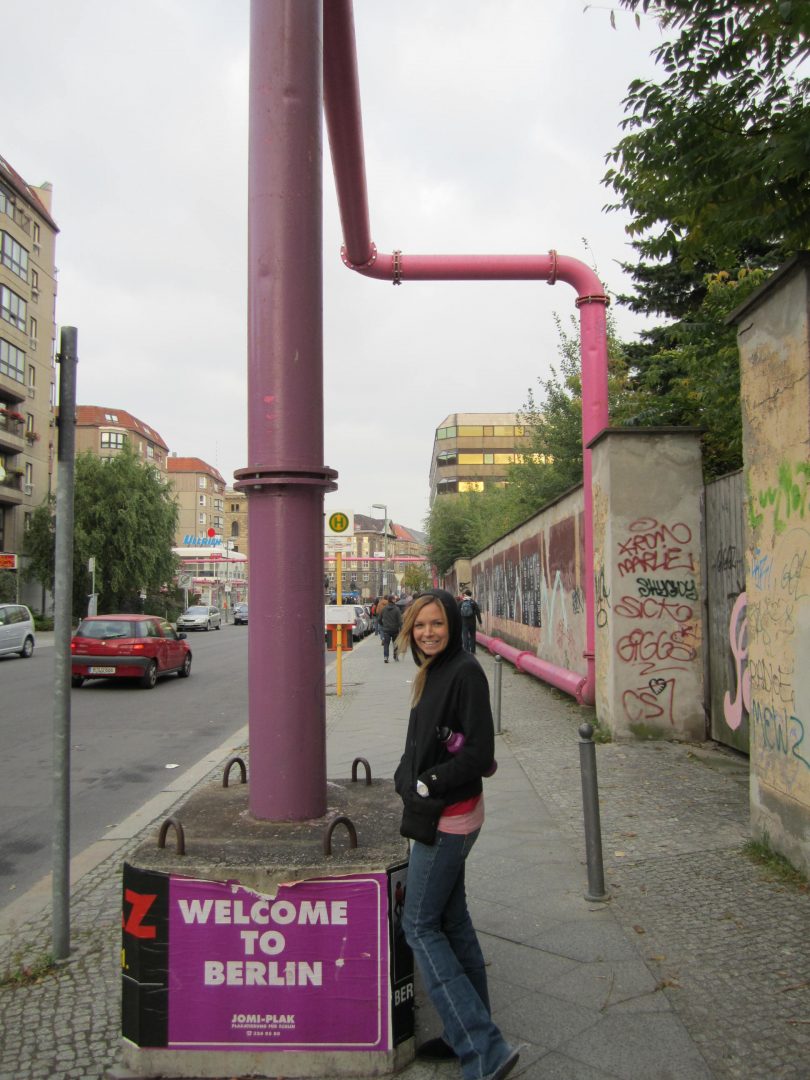 Also, roughly calculated, I’ve probably already racked up the equivalent of $40,000 worth of airline tickets if I had been required to actually pay for my seats on flights.  That’s significant.  My salary is poverty line, but with my frequent use of my travel benefit, I think I make up for the monetary downsides of my career.  Can one really put a dollar value on life experiences?  Research shows the happiest individuals are the ones that spend on memories as opposed to buying things.  I’ve possibly taken buying experiences to the extreme, but my choices to not buy a new car or to have my own address have allowed for me to be able to see the world, meet people, and learn in a hands-on, in-the-moment way.

With Emily, making friends at Oktoberfest in Munich

I am so happy with my travel life, but that hell aspect of standby travel is very real and does does exist.  It’s the side that causes stress, anxiety, loss of sleep, and all things exhausting.  Planning is mostly futile when traveling like a flight attendant, because expecting leads to disappointment and booking beforehand leads to lost deposits or missed hotel stays.  And then there is the mad scramble to find someone to cover that work trip.  Yes, it’s crazy.

I experienced the hell of standby travel this past week and all I kept thinking was, “I must be stupid, crazy, or both to think that it was a good idea, to fly without a ticket, in the middle of summer, to popular European destinations.”  I scolded myself saying I should know better, but really, I can’t predict the future.  In life, it’s essential to take a reasonable amount of risk.  If I chose to play it safe, most of my travel experiences over the course of my flying career would not have not happened.  Last year, I had my heart set on seeing Tallinn, Estonia, and dreams came true when the airline of that small country let me ride in the flight deck, on the extra jump seat, for a short hour and a half flight (which, not legal for US based carriers, but sometimes allowed, although still rare, for international based airlines).  I wouldn’t have gone to Croatia or experienced Oktoberfest with Emily.  I wouldn’t have met some of my best friends in the whole world.  I wouldn’t be who I am right now. 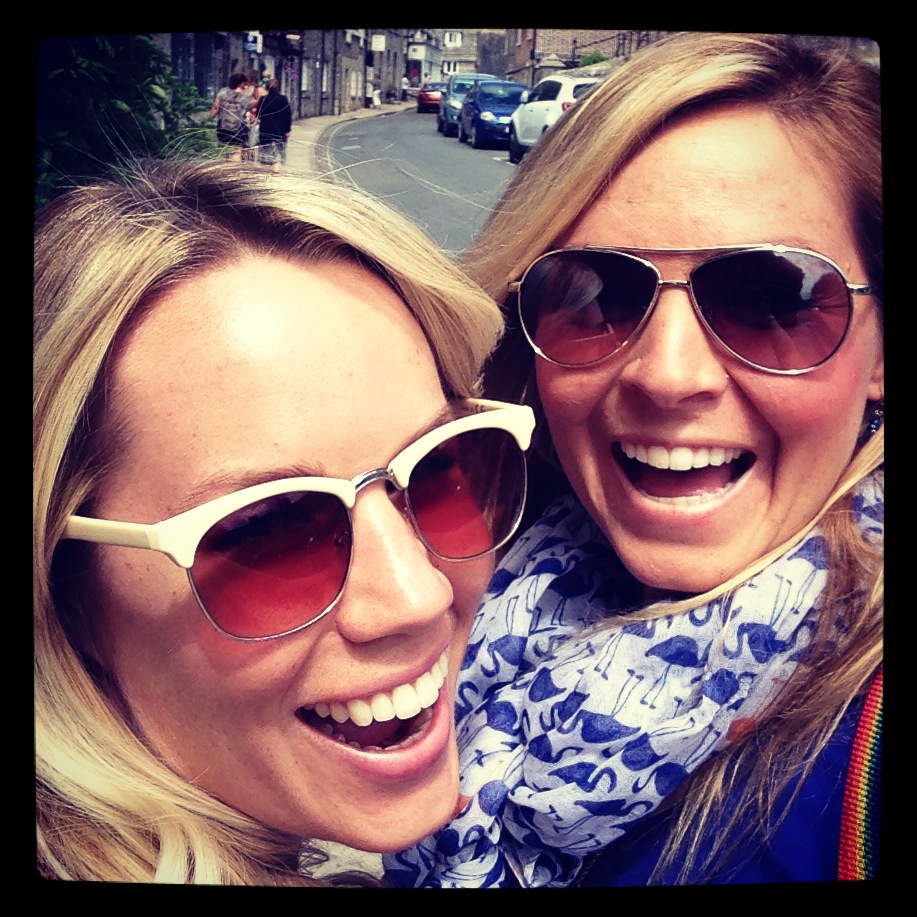 All that being said, would I recommend traveling standby?  Absolutely not.  You want to stay cool, calm, and collected, have a seamlessly smooth vacation, and know where you will end up?  Answer yes, and don’t do it.  Answer you want an adventure, still question your judgment in traveling standby.  If you really have to be somewhere, buy your ticket, or be willing to fork out a bunch of money if everything goes to (excuse my french) shit.  Having someone available to catch you when you fall apart helps too, and another word of advice is wait to fall apart till after you have solved the problem of being stuck.  Getting back to Hawaii after my recent adventure to The UK turned into an absolute impossible puzzle that had me flying to Amsterdam, hoping to get from there to Los Angeles, and if that didn’t work, my last ditch plan was attempting to get to Reykjavik, Iceland,  Then to Seattle.  Then to Honolulu.  All in the same day.  Hell of a commute.  Oh yes.  Ridiculous.

Standby travel is subject to so many variables.  It’s not a predictable art or science.  JFK has been a hell on a random Wednesday in January, but I got out of there right before a hurricane hit.  Go figure.  I often make flights I think I have no chance of getting a seat on and miss flights that I thought was not going to be a problem.  Standby, starting out free or cheap, can become an expensive game, of last minute hotels, unintended extensions to vacations, missed work days and an all-around stressed out hell.

If you really hate someone and you are an airline crew member, share one of your ‘buddy passes’ with them.  Standby travel can be the sweetest revenge.  Make sure you list them for a flight, for a date in the middle of summer on a Sunday or a Friday.  Send them to somewhere in Europe or Tel Aviv.  Oh and tell them, that there is a possibility to fly first class.  Their eyes will glimmer as you talk up all of the places and tell the stories about that one time you decided to fly to Paris for lunch.  Send them on their vacation and see what happens.  You probably won’t see them for weeks past their desired return date.

I do think that I am stupid for making standby travel such a big part of my life, crazy for thinking it will work, and a whole other level of nuts for finding some glee in all of it.  I love surprises and standby can yield the sweetest spontaneity.  I spent the last two weeks in The UK and because I got stuck, missing so many flights, the extra days in Edinburgh allowed me to experience a little more of Fringe Festival.  The only reason that I went to Amsterdam was because I thought I had a better chance of getting to the states through The Netherlands.  It has been years since I walked along the canal streets and envied those riding the Dutchie Bikes and because my plan didn’t work exactly great, I got one night to enjoy a nice dinner by the canal and walk the streets.

Standby teaches me faith and that miracles happen in the little things.  It teaches me to hold on to peace when most of life is out of my control.  There was a point in my life when I wanted to control everything and for me, to embrace traveling, destination unknown, with fascination and excitement, is a miracle in itself.

Standby is crazy.  It’s stupid, but throw in a little bit of beautiful, for it is that too.

I totally get it! I think we who travel standby are are special breed. Love your blog. I’ve slept in so many airports I can’t even count. Now with 2 young kids, I’m not as adventurous anymore. All the best to the many adventures ahead with standby travel as you never know where you will end up.

Kara, whenever you start to worry about a standby flight just say to yourself NRSSTP (Non Rev Stupid Shit Thinks Positive) and smile.

Thankyou So Much for Telling Your Story of Stand By. My wife and I are New to Flying Standby and We have been Broken in Fast. Several Bumped Flights. I Unlike My Wife can be very Spontaneous and I Love Surprises. We are Not Familiar with the Taxes for Flying International. We are Parents of an Active Child whom Works for Delta. Any Advice will Suffice. THANK YOU AGAIN…

I’m really enjoying the design and layout of your blog. It’s
a very easy on the eyes which makes it much more enjoyable for
me to come here and visit more often. Did
you hire out a developer to create your theme? Exceptional work!

Free travel? Who gets free travel? LOL. For some of us, we still have to pay the tax and service charges which depending on the destination, can still be several hundred dollars.

A few years ago, I was going to Hawaii. I didn’t want to waste any precious time getting there. I paid for my ticket. How freeing it was going to the airport knowing that I had a seat and not having to worry about what would happen if I didn’t get on. The flight on United was a hellish nightmare, but that’s beside the point..