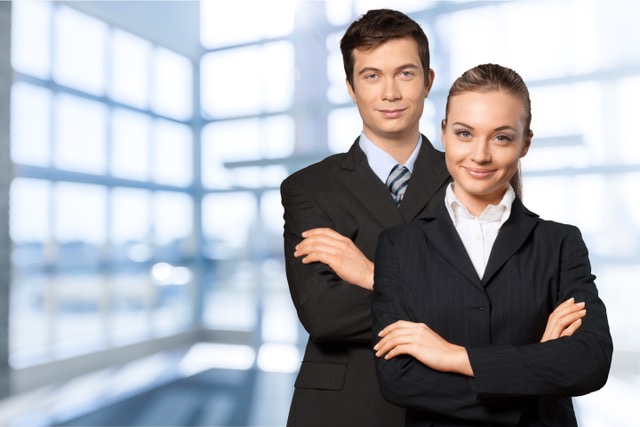 What is the correct title for cabin crewmembers in business aviation and how do we correctly feature it on our resumes and other platforms?

Whenever I ask the question, “What is your title and why?” – the responses I commonly hear are:

My question to all of you is— “Is having an “official” title really that important?”

Before I go into more detail on the ‘name game,’ let’s get this out of the way … First, the reality check:

Now, should we be on board for cabin safety? ABSOLUTELY!

If cabin crew are onboard for cabin safety, does it really matter what we’re called? No.

If cabin crew are onboard ONLY for service, does it really matter what we’re called? Maybe.

FAA: THE MANY SHADES OF GREY

When regulations were originally written back in the 1960s for private aviation (actually vaguely written) the concept of having cabin crew (aka Flight Attendants) on private jets was not even a consideration based on what private aviation was at that time. As time has passed, private aviation has expanded exponentially and the production of larger cabin luxury jets has become the standard. However, despite the airframe changes, the majority of regulations remain unchanged regarding cabin crew. There have been sections and revisions added to these regulations, such as; FAR91 Subpart K (fractional ownership) in 1999, and other various updates/revisions for pilots, maintenance, etc. Basically, revisions are ongoing for every flight operation section, and any of the add-ons for cabin crew – still vague.

(a) No person may operate an airplane unless at least the following number of flight attendants are on board the airplane:

(1) For airplanes having more than 19 but less than 51 passengers on board, one flight attendant.

(2) For airplanes having more than 50 but less than 101 passengers on board, two flight attendants.

(b) No person may serve as a flight attendant on an airplane when required by paragraph (a) of this section unless that person has demonstrated to the pilot in command familiarity with the necessary functions to be performed in an emergency or a situation requiring emergency evacuation and is capable of using the emergency equipment installed on that airplane.

No certificate holder may operate an aircraft that has a passenger seating configuration, excluding any pilot seat, of more than 19 seats, unless there is a flight attendant crewmember on board the aircraft.

Private/Business aviation has no specific regulation written on how we are to be titled while onboard an aircraft with 19 seats or less. We are referred to as “cabin crew.”

In short, we are not required on 95 percent of business jets therefore, we have NO “legal” title. I don’t care what anyone else may tell you. We don’t have any, so it doesn’t matter what we call ourselves. The majority of us use, ‘Corporate Flight Attendant’ as our title. Is this wrong? No. Is it correct? No … but does it matter?  It really only matters to the operation you are working for.

However, wouldn’t it be nice to have this recognition since this is our career field and we take our career and cabin safety seriously?  YES! Absolutely!!

Ask yourself – If you are titled anything other than Flight Attendant, does this affect your job duties, responsibilities, recognition, or “legalities” while onboard?

This is a very good question and there is no simple answer.

Every flight department varies on how they categorized cabin crewmembers. Therefore, it all boils down to how our titles are documented within the company’s SOP’s, OEM’s, and various other operation manuals. Each flight operation has different criteria on our requirements and duties performed as “cabin crew.” It also varies vastly between the type of operation – FAR§135, §125, §91 and §91K. Therefore, it will be impossible to establish an accredited single title that fully encompasses all of us, like they do with the airlines.

[Before you get riled up – this blog is focusing only on our titles, not the training requirements and all that applies to being trained. Training and recognition of training will be addressed in a “Part 2″ Name Game” blog focused specifically on training and the even more shades of grey of the FAA that comes along with that!]

CFR Title 14 §1.1: Crewmember means a person assigned to perform duty in an aircraft during flight time.

Question: Are we considered “crew” if we are not cabin safety trained?

Therefore, despite our annual cabin safety/emergency procedures/medical training, this is why we need a differentiator accreditation in order to set us apart as a recognized cabin safety professional and not an inflight service representative.

Question: Are you considered “flight crew” if you are cabin safety trained?

Answer: No, the term flight crew refers to pilots operating the aircraft, not the cabin.

Another reality check is: WE (as in all of us corporate flight attendants) often are the ones who typically misinterpret our own duties and responsibilities onboard. Especially when it comes to cabin safety and requirements, so we unfortunately self-inflict a lot of unnecessary drama. We are not commercial flight attendants, and we were never intended to be … but … this doesn’t mean we cannot have standards implemented and supported.

This will not replace our cabin safety training but rather enhance the “certification” aspect of our recognition.

However, when the last initiative was announced in various social media groups, it was immediately attacked relentlessly with negative and combative comments. Our peers publicly questioned the legitimacy and the integrity of the program. Many stated we don’t need this ridiculous thing to justify our careers. Um, yes … we actually do! These rants were all done without even bothering to find out basic information, such as; this program was initially created with an alignment of several major cabin safety training vendors (yes, Aircare FACTS and FSI were part of this) along with several respected CFA leaders and members of the NBAA Flight Attendant Committee. This announcement was completely shunned due to ignorance. Yes, by ignorance.  Our community can be very exasperating at times, especially when our alleged peers become our own worst enemies and detrimental to our own justification in this industry. This latest accreditation program is in the mid stages of standards development. This is PROACTIVE TO OUR RECOGNITION so stay tuned for more information!

BACK IN THE DAY

Commercial Airline Flight Attendants still, to this day, experience a minor identity crisis by being called “Stewardess” or “Steward” on occasion. This is an old school term and when typically said by a passenger, it’s not meant as an insult or judgement on their qualifications. I know when I flew for the airlines, I used to get so bent whenever I was called a steward because I took it as being disrespectful to my training certification and importance as a cabin safety professional.

“By the end of the 1970s, the term stewardess had generally been replaced by the gender-neutral alternative flight attendant. More recently, the term cabin crew or cabin staff has begun to replace ‘flight attendants’ in some parts of the world, because of the term’s recognition of their role as members of the crew.”

The fascinating thing is, when I Googled, “When was Stewardess changed to Flight Attendant,” to find out the exact year, look what the search provided as subtopics:

Yes folks, we still have a long way to go and do you know why that is? It’s a simple case of Human Factors. Meaning: old habits are hard to break and people are people and human behavior never changes over the span of time. And then … there is the FAA shades of grey.

I know many FAA Cabin Safety Inspectors and I have tremendous respect for them all, and a few are dear friends. This is a regulatory issue, not a personnel issue. So never shoot the messenger!

Textbook Answer: The term business aviation was widely adopted to underline the value of private aviation as an efficiency tool, and to avoid using the term ‘private jet.’

While our clients and people outside of our industry may refer to it as ‘private jet’ travel – within our industry, the majority of us use ‘business aviation.’ The term business aviation was widely adopted to underline the value of private aviation as an efficiency tool, and to avoid using the term ‘private jet’ – with its associations of luxury and frivolity that many in the industry have tried to get away from. This is the main objective to NBAA’s No Plane, No Gain incentive to bring attention to business aviation as just that – business-oriented as well as providing countless humanitarian relief efforts across the globe. It’s been helpful to balance out the misconception that ‘private jet’ users are all billionaires or oligarchs.

There are other terms that are used more-or-less interchangeably as well, such as; corporate aviation, corporate jets, general aviation and private jets. To confuse matters further, we also have the sub-categories of: private owner, charter, fractional ownership, and seat sharing shuttles. So you see, even our industry has issues with title identities for consistency.

I USE ‘CORPORATE FLIGHT ATTENDANT’

If you use the title, “Corporate Flight Attendant” on your resume, it is completely appropriate to do so – However, you MAY receive some resistance from a few individuals. If you do get pushback, don’t argue, just acknowledge it and move on.

If you want to play it safe with your title, then use “Cabin Attendant” since this is more standard and generic in the grand scheme of things and less cause for any debate.  Don’t get bent out of shape or insulted if a company or employer titles you differently. They most likely have very good intentions or reasons for this – aka OEM standards and/or liabilities!

I have always used ‘Corporate Flight Attendant‘ since I transitioned from commercial to corporate in 2001. For the past two years, I’m now titled, ‘Chief Flight Attendant’ for Boss Lady. This title doesn’t really mean anything except to my operation, especially since I am the only attendant for my private owner now due to the impact of the pandemic.

In the end, let’s not focus so much on what we want our title to be, what it currently is, or what it should be. Rather, let’s focus on the primary reason we should all be required onboard in the first place – cabin safety! If we UNITE, we just may achieve an all-encompassing title as cabin crew. No matter what recognition and titles we gain or achieve in the future, we will never please everyone – by everyone, I mean our peers. So there is that – so, until then …

About the Author Scott Arnold

Scott began his aviation career in 1988 as a commercial flight attendant, transitioned into business aviation in 2001, is the Founder of The CFA Connection resource platform and Sajet Solutions, former director of a major crew staffing company, and the past Chair NBAA Flight Attendants Committee, and is the Chief Flight Attendant for a private owner.