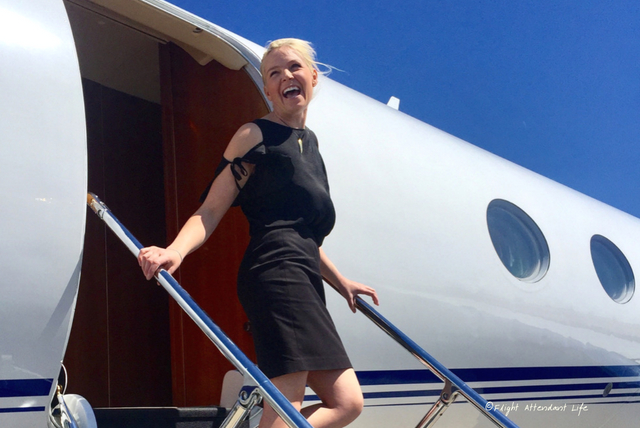 5 Things You Don’t Expect Out Of ‘Flight Attendant Life’

Many flight attendant hopefuls, or long-time cabin crew, prepare themselves for certain aspects of the aviation lifestyle. We expect the jetlag. We understand relationships will maintain an element of unconventional. We prepare ourselves for missing holidays, weddings, and birthdays (although, even though we prepare, missing important milestones never gets easier). We set expectations for our job, and ourselves, but what is it about the lifestyle still surprises once we arrive to it; once we are ‘in it?’ Here are five aspects of ‘flight attendant life’ that you never anticipated. 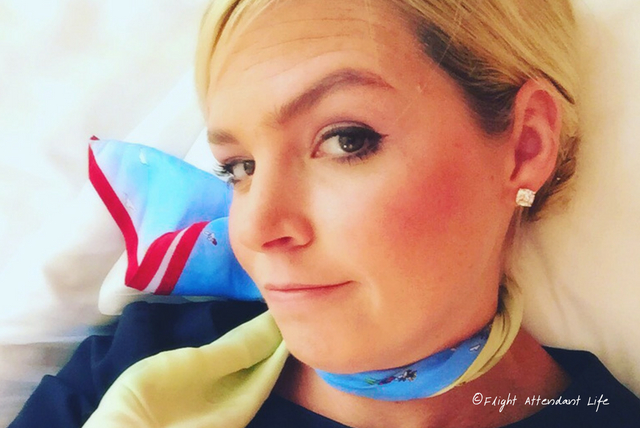 That flight benefit thing is cool but doesn’t actually work that well.

Experts suggest that one should never say in a flight attendant interview, “I want to work for Airline Amazing or Aviation Company Exclusive because I can’t wait to travel the world.” C’mon. You applied to be cabin crew and hope to call your office an airplane that goes places. It’s a given that you want to travel. We know that flight benefit thing is appealing, but what you might not be so clear at the outset is that flight attendant standby travel doesn’t actually work that well. Flights are so full, anywhere you go, and getting a non-reserve schedule that allows for travel in your off-days may happen when you reach your 90th birthday. If private aviation seems more glamorous because the industry does not limit you to any routes, don’t get too excited just yet. The truth is that most private jet crews hangout in Teterboro, New Jersey; which is an entirely different definition of ‘glamour.’ 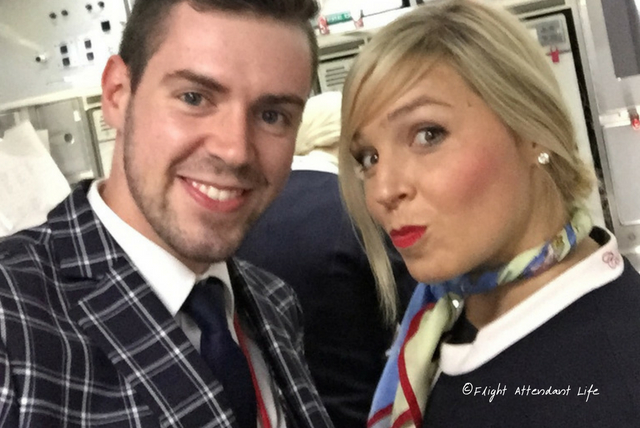 You create connections and community with crew all over the world.

You knew that you would become friends with the crew from your airline, but you didn’t take into consideration the instant bonds you would organically create with pilots and flight attendants from all over the world. It’s easy to relate to the loneliness, fun, and stand-by travel chaos we are so lucky, challenged and blessed to face. Celessa and I originally met online due to blogging about flying, but the first time that we met in person was at SFO airport. At the time, I had very recently gone through a break-up and had asked Celessa if I could join her on her trip to Kyoto, Japan. She welcomed me eagerly to accompany her. Traveling with someone you don’t know very well doesn’t seem that strange to crew, because I think we just “get each other.” And, if the trip goes south, we can always jump on a plane and jet out of town. 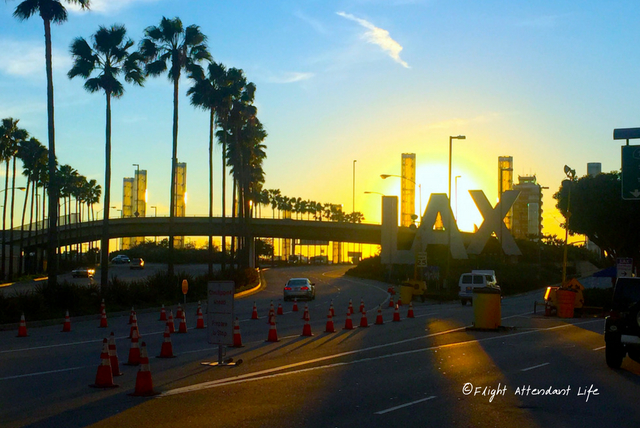 Becoming a flight attendant was the “dream job,” but what you never fathomed was that you would eventually become bored by the mundane and mindless style of flight attendant life. You really don’t use your brain at work. The destinations become repetitive. You are honestly tired of the passengers and how grumpy they are, but you stay because of the shackle of “Seniority.” Everybody told you to build up your Seniority and it would get better, but what they didn’t tell you was that you would get so fucking bored in the process. I’ve worked for airlines with seniority and for airlines without, and I can tell you for a fact that seniority is necessary for organization purposes, but it will be the bane of your existence if you let it keep you in a job that you have grown out of. NEVER STAY AT AN AIRLINE JUST BECAUSE YOU HAVE GOOD SENORITY. I mean, if you want to stay bored or it works with your personal life, fine. I was getting bored and I decided to do something else. It was so fucking hard to ‘make it’ as a corporate flight attendant. I feel like I have to work at “making it” every single day, but the one thing is, I am NOT bored. I mean— last three trips were Tahiti, Galapagos, and Rome. Not bad at all. When I do get bored of this, I’ll do something else. That’s just how I choose to live my life. 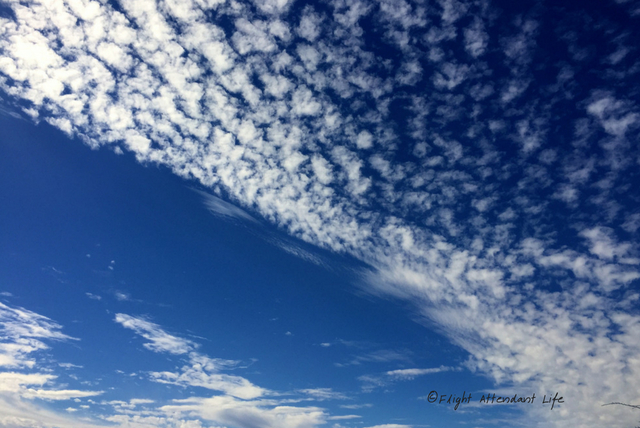 It’s actually not as cool in the day-to-day as it looks.

When you begin to fly, you realize that the job is not all that it’s cracked up to be. It’s very routine in some ways and very predictable in others. Even corporate aviation isn’t that glamorous, I would say. It’s just really stressful. As a commercial flight attendant, I had a lot of fun and was often overwhelmed that I could call overnights in London, Paris, and Copenhagen; work. But it also came with a cost. I constantly felt sick due to the repetitive red-eye flying. I barely made enough money to live well. Like any job, there are days that are just a grind. Is it worth it? That’s something you will have to decide. 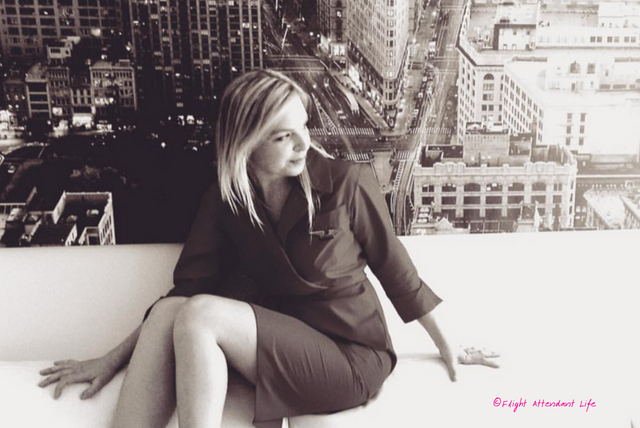 Once in the industry, it’s really hard to make yourself leave.

There comes a point when flight attendants get so sick of the job. They just want to be home or have a sense of normalcy, but due to fears or thinking that there isn’t anything better out there, they stay. I left commercial aviation and it was one of the hardest decisions I have ever made. Granted, I thought I was going to go straight back into flying, but what actually occurred was a 9-to-5 job, minimum wage, a broken ankle, and self-doubt that questioned, “What the hell did I just give up? What have I done?” If I had known how hard it would be post-leaving the airlines, I probably wouldn’t have the courage to go. That’s the beauty of the unknown. You truly discover how strong and capable you are and are surprised by how good life can get. Now, I have my dream job(s). I’m doing exactly what I hoped would happen and determined to accomplish more. Don’t let yourself get stuck doing what you don’t want to do. That’s the worst thing you could do to yourself. You are better than that.

Life will always surprise us, especially that flight attendant one. Go for the life that you want— whether that is private aviation, commercial aviation, or walking away entirely. You can do it. It will happen for you if you never give up. 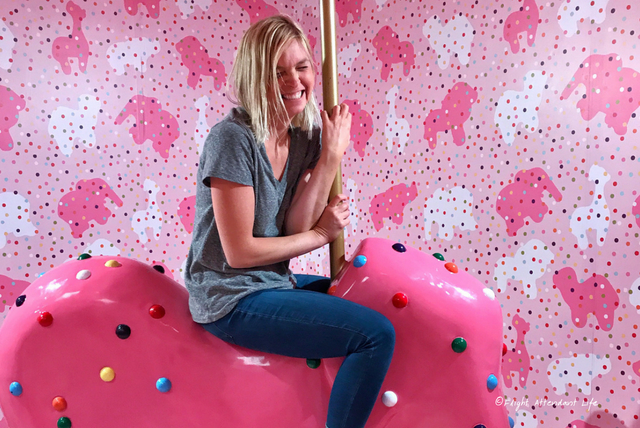