That Moment When A Passenger Is Kicked Off Of A Plane 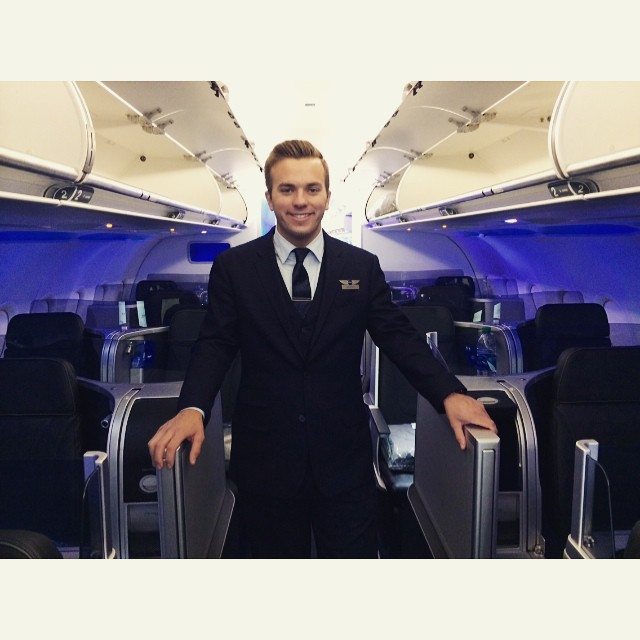 Apparently— in this era— flight attendants are booed for asking air traveler(s) to kindly disembark an aircraft. The most recent situation of disgruntled passenger news, that is causing a media frenzy, happened this week on an American Airlines/US Airways flight departing from Phoenix and bound for Portland, Oregon. With the current buzz regarding this certain passenger being kicked off of a commercial flight, many will wonder why and how one can be removed from an aircraft and question if it happens often. This post aims to decipher the delicate details of inflight law enforcement (aka your flight crew) and how the crew work to maintain a safe environment for all. I will also discuss moments when this process can fail and why, and what it’s like being a flight attendant with a passenger you should have kicked off before departure, stays.

The video footage—that captured only a fraction of the scene that happened recently—is poor, but what is understood is that the actions taken by the crew caused agitation among the entire bus-load of individuals. The media has taken the angle that the woman did nothing to deserve the boot, but from only the video and the eyewitness accounts published, there does not seem to be enough evidence to choose a side. No one hears what happens before the video was taken and no one knows what the flight attendant experienced during prior interactions with the woman. Honestly, I feel sad for her. It really sucks getting kicked off of a flight, but feeling sad and siding with someone are two different issues. I’m not here to pick sides. I’m here to help you understand why it could seem that someone was kicked off of a flight “for no reason.” Do you remember 9-11?

I didn’t fly then, but that changed everything. What if one crew member had just been a little “paranoid?” What if there was a moment when he or she noticed something out of the ordinary? I am in NO way comparing this woman to the individuals who had the audacity to participate and facilitate such an attack on humanity, but what I am saying is that as flight crew, we are trained to look for un-natural behavior. Flight attendants are required to scan for people who are acting strangely. Maybe they could be drunk. We notice those who are confrontational and excitable. We notice intoxication and are even told about fearful flyers.  We notice more than you think that we do. We notice those who are behaving in a socially unacceptable way, even if it’s just slightly odd. Because once we are in the air, we are all stuck. And no one wants to be stuck with someone who is volatile at 36,000 ft.

Both sides to the recent news event are not communicated in simply a short, and shaky video taken from the hiding place of an airplane row and from behind a seat-back. I don’t know the complete story, nor does the media. Neither do you. What I do know is that flight attendants do NOT remove air travelers from flights “just because,” and if the cabin crew does happen to escort an air traveler back to the jet-way and away from the flight without just cause or minus the captain’s approval, there has been a breakdown in procedure. Simple as that. 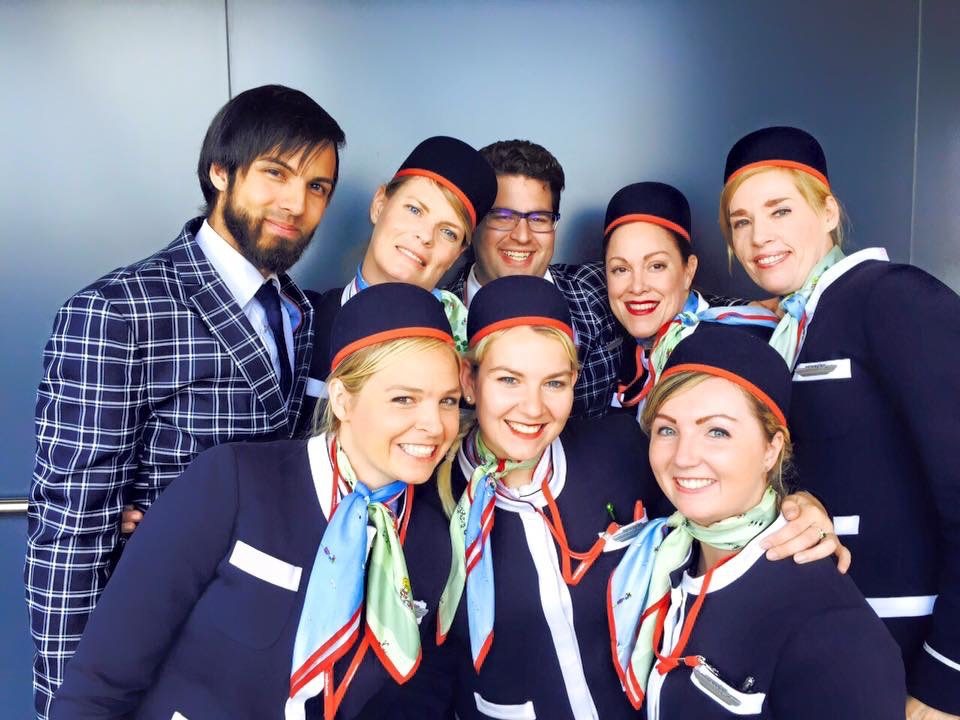 As a flight attendant, I have been part of removing passengers before, and I have been part of a few experiences where I sure as hell wish we (the crew) did remove a passenger. Generally, my flights are pretty uneventful, a way I like to keep things. No medicals, emergencies, or flight attendant fighting please! Let’s just have a “super nice flight,” as quoted by the inflight audio announcement on the Boeing 787 Dreamliner that I am qualified to work. There was one time, over a year ago, when I was flying from JFK to Bergen, Norway. We were minimum crew, as at the time, that route operated with only 6 flight attendants. Normally, we operate with 8 or 9 crew in the cabin. So, with 291 passengers, 8 doors, 6 crew members, short-flight time, meal service, and snack bar, it was busy. And when there is a “situation,” like there was this day, it creates distraction, interruption to work-flow, and the neglecting of other important duties. It creates more opportunities for an unsafe environment.

It was an older gentleman. I found his half-bottle of duty free liquor and many other empty liquor containers only 30 minutes into the flight. He had caused problems before we had even left the gate. I should have known he was drinking. I won’t explain all of the details, but I will tell you how I felt. I was intimidated and a little frightened. He was volatile and aggressive, swinging quickly from anger and grabbing my shoulders at one point. Then, he would try to give me a hug. He would yell at me, and then stop, like something had hit him. He then would comment on how beautiful I was. He was so unpredictable, one minute flirting with me, the next, snapping back to aggression. I was so thankful to have my Senior (the lead flight attendant) there, and my other crew members to help diffuse the situation. It’s good to fly with more than one. This crazy passenger calmed when someone else was able to communicate with him. I removed myself from the situation and took care of other inflight duties, as well as the rest of the passengers. In almost 6 years of flying, I had never experienced something to that nature. The Norwegian authorities met the aircraft upon landing. No charges were pressed. There was no need. We were fine, and that man had calmed down. I just really wished we had removed him before he joined us for the hop across the pond. The ordeal still leaves me with an unsettled feeling, because I felt trapped. I was supposed to be an authority figure and truly felt powerless. It’s scary to feel helpless. 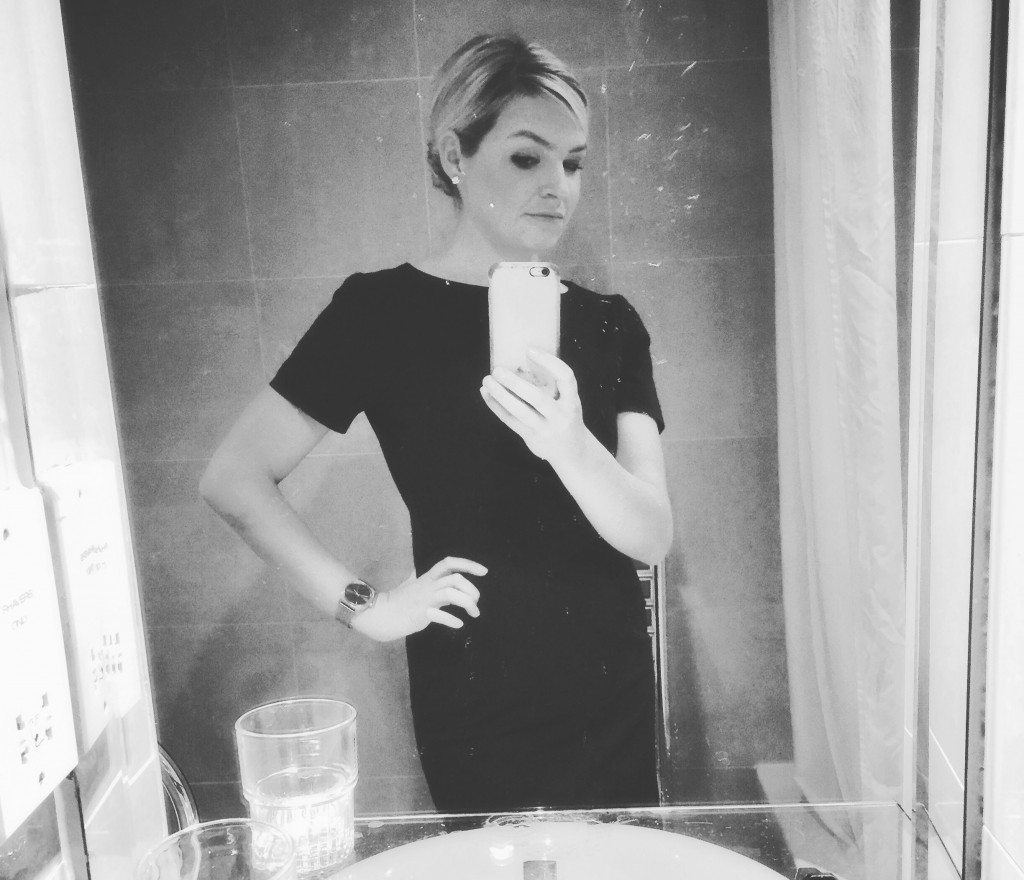 Your flight attendants aren’t “out to get you” as air travelers and passengers. It’s just some of us have seen more than you know and we have seen how situations escalate. We want to avoid all of the inflight drama that we can, and not only that, one incredibly demanding and uncertain passenger takes away from the safety of the ENTIRE cabin. We don’t remove passengers because we flight attendants are bitches, we remove passengers because we have made a judgement call, we have talked with our crew, and determined that asking an air traveler to disembark is the best decision. It might not always be the right decision, but we make these decisions because we really don’t know how someone acting slightly strange on the ground will act in the air.

Booing your cabin crew is not the right response. What are we? Five? Taking video and selling it to every news entity you can imagine—ok, you have the right, but it’s not classy. And please, if you are traveling, don’t blame an airline for a one-moment-in-time decision made by an employee.  As a flight attendant and a flight attendant blogger, I am getting SO TIRED of how the media seems to create an “Us vs. Them” mentality between flight attendants and passengers. Good Gawd! Would you stop it media? I must say a “thank you” for covering the good stuff, and I would love to see more of that type of inflight air travel news.

Leave this woman and the flight attendants alone. I’m so sorry she was left so upset. As I said, that makes me sad, but did it really deserve to make national news? 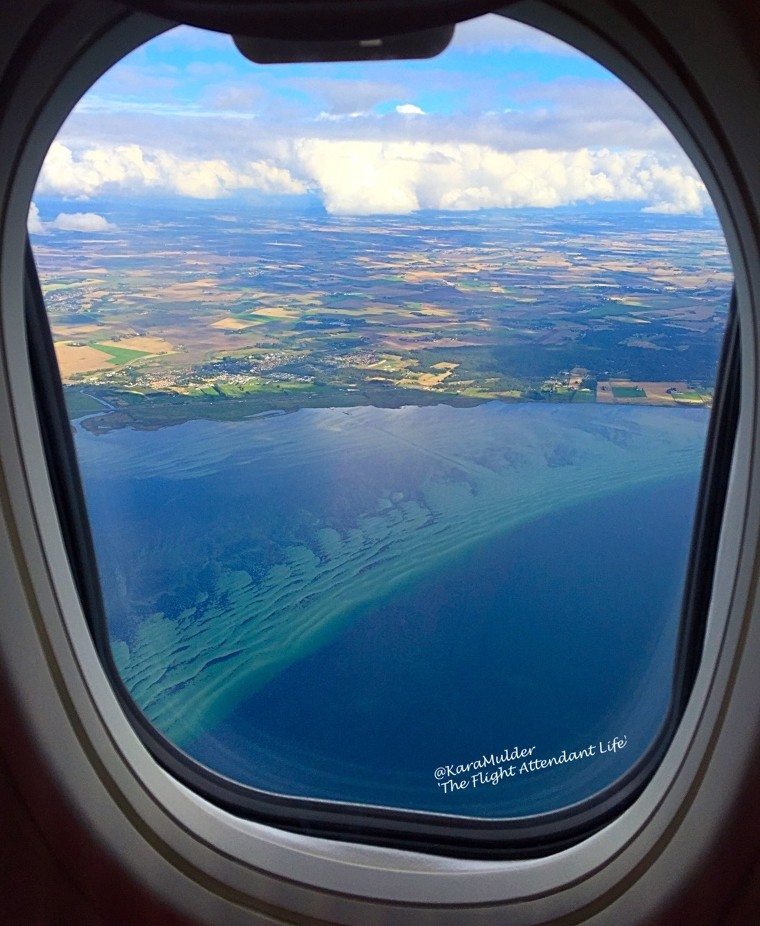 Coming up— vlog and blog currently being created titled, “Airplane Etiquette— This NOT That.” It’s going to be like those really popular food books, but air travel style. What you could do, but what would be SO much better. We all would benefit from some inflight manners now, wouldn’t we?

I watched about 3 seconds of the above video before realizing, I didn’t need to watch it.
Many passengers get on board without saying “hello” or acknowledging the FA standing right in front of them talking to them, wearing headphones so they have no clue whats going on ANYWHERE, some refuse to abide by the simplest of instructions, ask “why” when we ask them to remove headsets before takeoff, ignore the FA when they are standing right in front of them asking them what they want to drink, refuse to put bags under seats …. calling the FA names, pulling on their uniform to get their attention…. the list goes on.

Just this week I had several “million milers”, as they are so fond of reminding me, think that the rules of gravity and my airline don’t apply to them. Feet on bulkheads, wearing headphones AFTER I told them to take them off, throwing garbage on the floor, ignore placarded signs, and crew instructions, snap their fingers at me – basically act as if they were raised by wolves. (with no offence to wolves intended)

It’s not easy getting kicked off a flight. Whoever this person is, they must have done something either incredibly wrong, offensive, or repeatedly to get kicked off. Most FAs will give you 2 warnings before giving you the boot for minor infractions.

I’d rather take someone off, on the ground, then having to deal with a potentially dangerous situation 5 miles up. Most pilots will agree.

People seem to think of flying these days as nothing but glorified bus service. It’s different. You can’t simply pull over in 10 seconds to kick someone off that is trying to smoke in a lavatory or doing something else that puts everyone else’s safety at risk.

I like your blog but I have to disagree on “flight attendants do NOT remove air travelers from flights “just because”. I know someone who has flown on at least 500 times and only was kicked off once when the flight attendant didn’t like the guy and kept him from making it to his connection.

Think about what you said ” Remember 9-11?” That’s your answer and the best way to summarize it. It’s not a secret to anybody that in many ways 9-11 was the best thing to happen for flight attendants. Why? They have so MUCH POWER NOW. You know that. I’m sure.