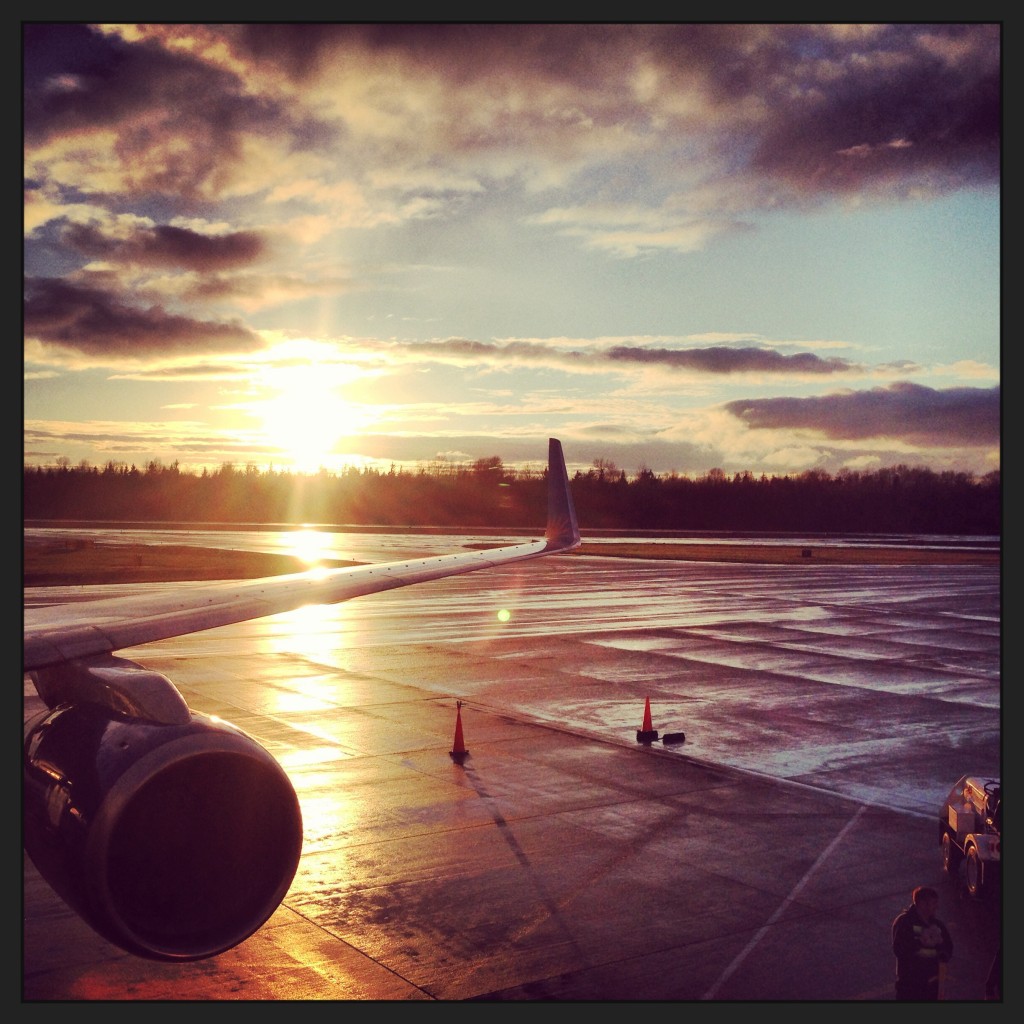 Benefits of Flying For A Small Airline

I receive emails every once in awhile from someone inquiring which airlines are better to work for.  That really depends on what you are wanting out of your flying experience.  Anywhere that you work will teach you, grow you, and give you stories.  An experience is an experience.  It could be good, or it could be not so good, which in the end, is not as important as going for what you want in life, making an effort to make yourself marketable, and simply being the best version of you that you can be.

My flight attendant title may not hold Delta prestige status, or American Airlines name recognition, but for almost five years now, I have been privileged to be employed with a smaller airline carrier.  I say privileged, because it has been just that.  I give much, if not most to-all of the credit to my employer.  The company is the reason that I have been able to see so much of the world, fall in love with writing, my colleagues becoming best friends, and given the opportunity to live in some of the most beautiful places in the United States.

Here are my reasons why it benefits to work at a small airline.

I called another airline recently, (so that I could go somewhere) and when asked for my employee number, I rattled off the four digits, then waited for the next question.  The voice on the other end said, “Oh, that’s it?  I was waiting for more numbers.”  Small means that I am not just known by a number, and in some ways, that can be inconvenient, but it is something that I have appreciated.  I know my supervisors, inflight trainers, management, pilots, and other flight attendants by name.  Corporate feels accessible and people within other aspects of the company are accessible, and helpful if I have questions.

98 percent of the time, I know every person that I am working a trip with.  It’s rare that I fly with someone I don’t know, the exceptions being recently with moving around so much.   I like this because you learn personalities, develop trust with your flight crews, and overall work better together.

Four and a half years ago, I met my an outspoken brunette during the flight attendant group interview.  I didn’t think at the time that I would eventually consider her ‘my better half’; the girl that keeps me in line during international adventures, and calms me in chaos.  It would be a gift to have even one best friend that great, but my job has allowed strong friendships to develop in just the span of a few weeks, to years.  These friendships have been a breath of fresh air, challenging my views of the world, making me open my mind, and bringing many hours of laughter and fun into my life.

When working for any airline, you have to put in your time to get good schedules.  Holidays and weekends off are a foreign concept when being the new kid.  When you work for a small airline, new kid status is short in comparison to the time that you would have to spend working at a large carrier.  Within a year and a half of being employed, I was able to consistently get my first choice in schedules, and when based in Hawaii, I was considered, “Senior.”

It’s rare that a newly hired flight attendant wouldn’t have to be on-call, or ‘Sit Reserve,’ as it is known in the airline industry.  Generally, if you work for a small airline, the amount of months, to years, spent being tied to your phone, waiting for scheduling to mess up your life is much shorter.  Also, what I found to be the best benefit when I was on reserve was that there were only four flights a day that left out of my base.  This meant that I had a much greater chance of being “paid” to play at the beach, as opposed to having to spend my time in the sky.  My reserve experience was more predictable than most.  I had a better schedule.  I didn’t have to be on-call for fifteen years of my flight attendant career.  I was a little spoiled.

I would go ride my bike by the beach when I was on call.

I like seeing familiar faces when I fly, and because of a small number of routes, I often see the same passengers.  I like this because it makes flights go by faster chitchatting, and I love making friends.

Maybe this isn’t exactly true that a small carrier has better bases than larger airline carriers, but I know it’s been true for me.  For many flight attendants, being based in Los Angeles and Honolulu is a dream, and if it does happen, they put up with bad schedules for a very long time.  I’ve lived in beautiful places spanning the country from Hawaii, to Florida, all because of my airline.  It’s been hard at times moving around so often, but I wouldn’t trade the places and experiences.  The bases were also small and friendly. Because of my airline’s schedule structure, and the seasonality of flying, I’ve been able to nurture my wanderlust.   I have the days off to travel, and the airline benefits give me many options of places to go with a discounted “ticket.”  The amount of travel that I have accomplished in just a few years is very rare within the airline industry considering that I’ve only been employed for a short period.  I know that with many other airlines, I would possibly go to better destinations during work, but work would encroach more frequently on my personal life, and I don’t want that. Overall, I see that my life could have been, or could be, just as adventurous if I was with a major airline, but I simply don’t care to work for a large, well known company at this point.  This may sound a little new age crazy, but I have an intuitive sense that I have been exactly where I have needed to be when it comes to my flight attendant career, and at the end of the day, I’m so thankful for the smelly and loud airplanes that I call my office:)

Which small airline are you working for and where are they based? I’m trying to get a job for a regional airline in the Tennessee area but it is becoming difficult to find one.