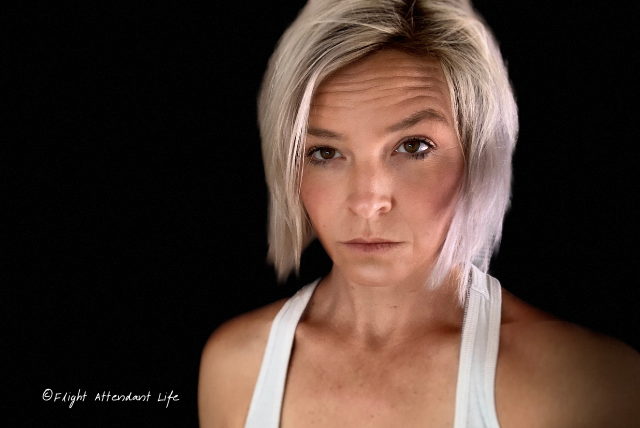 Hold The Line. Do Not fly?

I am not a scientist. I will not argue on pharmaceuticals, efficacy, or your body. I am a girl who explored the world and one reason was because I valued freedom. In seasons, being a flight attendant meant being free and that was more precious to me than money, things, or status. Until this year, I don’t think I grasped what “being free” meant. I don’t think I understood even slightly what life could look like when freedoms slipped away. When it looked like America would no longer be a place of free speech, free expression, and free choice.

I will not fight you on the good or bad of ingredients, short-term or long-term effects— but I will argue for my body and your right to keep your job. To keep our freedoms.

Have you asked recently, “WTF is this really about?” Because it doesn’t look scientific anymore. It’s something more sinister. It’s something more like freedom sailing to a distant place, maybe to capsize if we do not alter course. Have you ever thought— if it was really so good would this need to be sanctioned?

I did something— took a mandated (FORCED upon) drug— I 100% do NOT agree with injecting into MY body. I didn’t do it because I am a corporate flight attendant and it’s now a requirement for almost every private jet operator. I have been in a poverty-income bracket. I have made six figures. I have had jobs come and go. In some senses I’m lucky because I can work remotely as a content writer (still that transition has been rocky at best). I see options for work and I’m thankful I don’t want to be a corporate flight attendant anymore anyway, but I didn’t know what to do when it came to love. I am in a long-distance relationship and to continue to face the separation from my person is and was breaking my heart in two. I think many people understand this feeling— feeling exposed, broken in two. What do you do when you are faced with two bad choices: Do what you don’t agree with or lose what you care about or love? That can be a job, a person, a career, a way of life. It can be whatever you are facing right now. Apparently, “My body, my right” means nothing.

Sadly, I am not in a unique situation. This week, Boeing management told its U.S. employees that they must be vaccinated against Covid by Dec. 8 or face termination. This directive came with limited exceptions. United Airlines crews who don’t comply are in a tough position, also facing potential termination. Southwest crews go to work (or don’t) in uncertainty. Medical workers who worked when everyone else could stay home are being thanked by being told comply or be dismissed.

“Well, do you at least feel a little respite with the card?” No. In no fucking way do I feel relief. I feel dread because this will not end with a card. There will be another hoop, another rule, and another infringement of your personal rights. I know this disease has hurt many and I am in no way minimizing it’s seriousness and the need to take precautions. I am not anti but pro-freedom. Real, legit free choice. I have not heard a shot to be the best decision of anyone’s life but more often I hear: “I really didn’t want to get it but I saw no other way. It would have been too complicated with the international destinations. I love my job as a pilot.”

Just get it over with was another piece of advice I was given. Get it over with? And then what? And now what? That is the question I keep asking myself. What can we do and what is our responsibility at this very pivotal point in history? Can we put our differences on an issue aside for the all too important fact that America was founded upon the belief “that all men are created equal, that they are endowed by their Creator with certain unalienable Rights, that among these are Life, Liberty and the pursuit of Happiness?” This is a bigger issue than health.

I wrote about this topic months ago and the response was overwhelming. I don’t like talking about this publicly but honestly, I’ve reached a breaking point. I walked out of a RiteAid last week sobbing because I told them my heart hurt from the first shot. They told me go to the hospital in case the second shot makes you pass out. I’m healthy. I want children someday. I am not in a high-risk category, but I need to do this to placate the government? MAKE IT MAKE SENSE.

Did you know free choice is not actually free when told, “We will terminate you from your job UNLESS. We will allow you to move freely, IF. You can COMPLY or be a “second-class citizen.”

I am not scared of the disease. I am terrified when I hear statements from people like, “This is just the way society is going.” When pharmacists or doctors make statements like, “I just work here. I don’t make the rules.” We may not make these rules but if we do not fight, we will have to live with them.

I did not hold a line. I held off as long as I could and still keep my mental health intact. Do I feel bad about myself? No. Do I feel sad? Yes. Regardless, I can’t act like this doesn’t matter. Not when so many are in silent agony over what choice they will make and SO many are standing up and walking out — and holding this line. The next generation cannot live with us being silent.

I keep asking, “What can we do? What can I do?” I’m a writer. So, here I write. That is what I’m doing. You can send me all the anti-hate you want, but I’m not against pharmaceuticals. I’m against force. You can tell me it’s fine— that the drug is helpful even— and my God, I hope and pray it is because it’s in my body now and I am the one who will live with that choice.

To the United Airlines crews forced into a shitty position
To the Southwest crews faced with uncertainty,
To the private jet crews with no other choice,
To the medical workers and first responders who worked tirelessly through the pandemic —

I don’t know if it matters but there are people just like you, wrestling with very real decisions. Whatever you decide, you can hold up. You can preserve. You are brave. I hope, whatever decisions we each made, we can create more space for freedom of expression and freedom of beliefs. That we can lead with kindness before segregation. Segregation based on a card is not the way. Segregation will never be the way to fly.

In Malcolm Gladwell’s book, The Tipping Point, Gladwell argues that ideas can turn epidemics, spreading like wildfire, when certain elements come together. The idea can reach critical mass and become unstoppable. Ideas spread not from a huge amount of people but by The Law of The Few. It doesn’t take much. You can feel small but the important part to remember is you are not small. We are mighty when we speak up. Instead of saying, “This is just the way it is,” we can make a change— with courage and persistence.

We can turn the tide. We each have a responsibility to be A Tipping Point— whether for kindness, empathy, positivity, courage, compassion, or care. America is America because someone said, “There is a better way.” It began very small. It begins now.