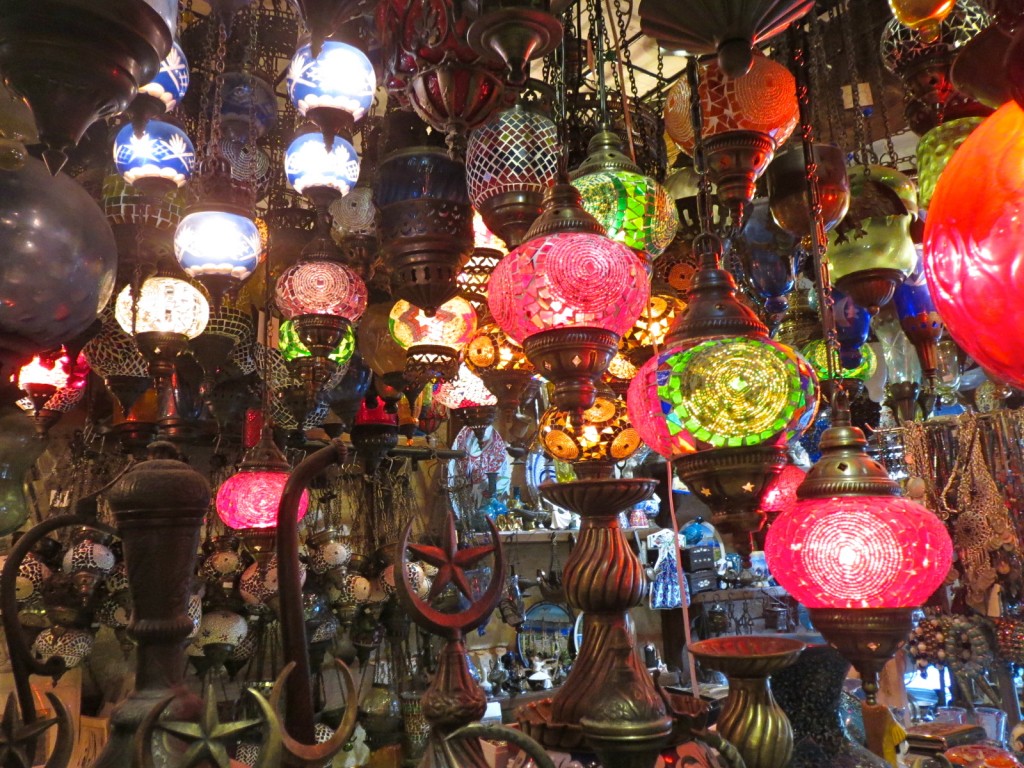 Emily and I sat in our hotel room in Munich, Germany, both of us searching the web, bouncing between hostel booking sites, pricing out flights, and discussing where to next.  She had arrived from Los Angeles four hours earlier, and I had flown in from Ljubljana, Slovenia, and now, the time ticking well past midnight, we needed to make a decision, as our impending departure to SOMEWHERE would be in less than five hours.  Finding no hotels in Vienna, without direct flights to Marrakech, our suitcases stuffed with warm weather sun dresses making anything north like Hamburg or Copenhagen out, my mind kept falling back to Istanbul, a place that I had been told is filled with flair and fascination.

And that is how we ended up in Turkey…

Which turned out to be an interesting experience.

I’ve been writing this post for days now, because I can’t seem to consolidate the stories into one coherent theme.  I am having a difficult time finding one happening that encompasses what our time in Istanbul was like.  Emily and I had two different experiences.  Her’s tipped off by the fact that I decided to verbalize, only moments after we had arrived, that Taken 2, the movie sequel of the kidnapping of young girls traveling together, was set in Istanbul.  She didn’t appreciate that very much, and every subsequent worry and decision was then made with the thought of muggings and disappearance in the back of her mind.  She was the voice of reason, even if only  slightly paranoid, that kept us out of any potential harm.  I, though not recklessly travel stupid, am much more trusting of strangers, and found Istanbul to be otherworldly and nosily busy, as apposed to kidnapping fearful (but I still think she was and is right in this situation).

Regardless of our different perspectives, we were a united front, never leaving each others’ sides, purposefully, although, at one point, the poor girl had a panic attack when we were separated in The Hamam.  She was convinced that I had been taken by the Turkish Mafia.  The girl wasn’t being overly dramatic in the least, as we had each been ‘gifted’ the 51 euro entrance fee, and every internet posting that we had read about Turkey said don’t follow people anywhere or take gifts from locals, as you will be expected to give ‘something’ in return.

Poor Emily was put through the ringer on the trip, as she was sick on the flight to Istanbul, throwing up in the lavatory, uncomfortable during her time in Istanbul, and VERY sick on the twelve-hour flight back to Los Angeles, and even with all of that, she still had a good time (at least that what she says).  Anyone want to sign up for the 3rd Annual Escapade?  If Emily can handle another one, so can you:) One of the things that Emily was adamant about while in Istanbul was having her fortune read in Turkish coffee grinds.  She had researched on the world wide web that this was a social and fun activity to take part in while visiting the vibrant city.  Fortune tellers loiter around certain coffeehouses near Taksim Square, located in the European part of Istanbul, and delve into the future of those interested in knowing.  Having grown up Christian and believing that ‘playing with spirituality’ is an avenue to which bad spirits will reach me, I didn’t want to see what swirled coffee grinds or tarot cards would tell me, and was content with finding a fake Louis and having my nose pierced.  I figured the nose piercing was enough of a rebellious act for ‘the church’ anyway.

And that was what laid the foundation for our favorite day in Turkey.

Turning down a side alley from the main shopping street of Taksim, Emily and I ventured to find the coffeehouse where her fortune could be told.  It was mid-afternoon, and our translator, a shop owner in Sultanahmet, the old part of the city, had just said goodbye to us, as he had to return to work.  We were now left on our own.  Questioning which way to go and if we should continue down the alley, I said let’s just walk around the next corner, and that was when Emily noticed the tattoo shop.  Immediately, I knew what she was thinking.  We walked through the open door, asking the man, who introduced himself as Arthur, how much it would cost for a nose piercing.  He stated the price, and looking at Emily, I shrugged.  Alright.  But on one condition.  After piercing my nose, Arthur had to come with us to translate Emily’s fortune.

The Tattoo Place, and celebrity sighting of Kirstie Alley

Arthur took us to a coffeehouse, where we drank tea, turkish coffee, and a cappuccino and talked.  He was entertaining, flashing a mischievous grin every so often as he talked.  The fortune teller could have been Johnny Depp’s alter ego, resembling his Pirates of the Caribbean character identically.  I know I’ve already used the term multiple times, but I don’t know how to better describe the experience, except that it was interesting.