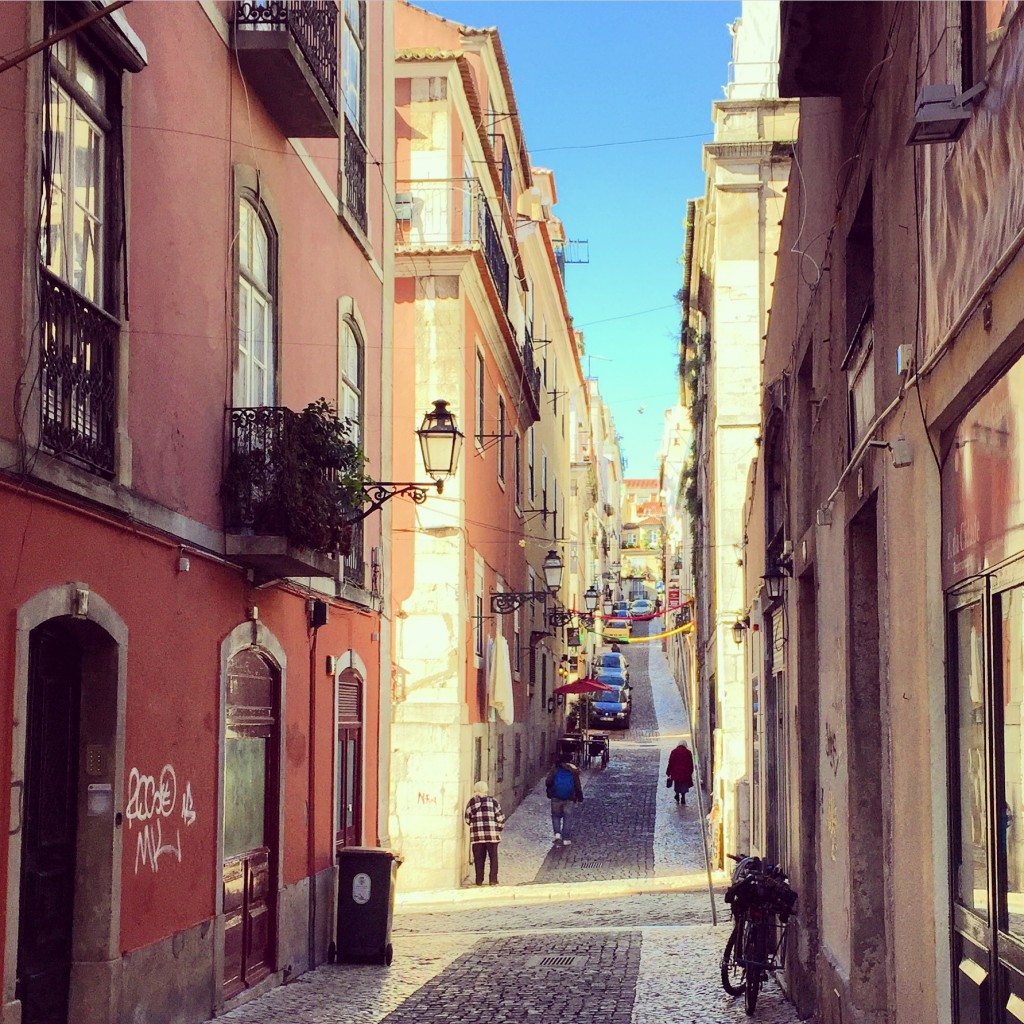 Among the myriad of projects that I have on my agenda is to write a book.  This isn’t a new addition per se.  It’s something that I have thought about, but it was Dorie’s encouragement, when we were living in Bellingham this past May, that gave me the push to think more seriously, and to actually commence writing a cover-to-cover story.

I don’t know if I love the idea of writing a book.  I can’t necessarily say that I don’t know where to start, because I have a least five chapters finished, have begun putting together a proposal to find an agent, and continue to do my research within the publishing industry.

I find it impossible to be objective with my own writing, and completely terrifying to ask for honest feedback.  I’ve debated about posting this to the blog.  It’s just so raw, but that seems to be the voice of the book.  I’m vulnerable, but maybe there is a power in vulnerability, at least I keep hoping.  I honestly have no idea if what I write is good, bad, boring, exciting.  Maybe you can let me know if after reading God & Strip Clubs, because this will probably be the opening chapter.

They don’t go together, God and strip clubs, or at least they shouldn’t.  Any half-way intelligent person can understand why.

But, he asked me if I was religious, as we stood at the bar, his beer in his hand, my glass of wine in front of me as I traced the contours of its angles with my finger.  I looked away from my glass, into his eyes, eyes that intently waited for my answer.  My eyes glanced down, and then over to the woman, moving, and grinding in what I assumed to be a seductive dance, although I wasn’t seduced.  Her skin shimmered, her contours on display for peering eyes.

His voice broke my trance, clearly hearing, as if we were in a quiet room, that if it took me this long to answer, then the answer was no.  I was not religious.  “But…” my voice trailed off.  My ‘but’, although not weak, was not followed with a “Yes, I am religious.”  How could I say yes, when I was standing in a strip club?  It wasn’t as if we were discussing God in Church, where my presence stated Christianity, a Bible in hand to communicate belief.  If I was such a religious soul, why then was this conversation taking place in the location that it was, and the object in my possession, alcohol?

It hadn’t been my idea to go to the club.  I had whined, and rolled my eyes at the idea, but Eric was with his sailing team, and the team was going.  The team worked together, and partied together, and only knowing Eric didn’t help my odds at swaying the jury.  Besides, I was Eric’s afterthought, just an addition to an evening out with the boys.

Whether I was a first thought, middle remembrance, or last consideration, I didn’t really care.  He was in Florida, which was quite a long shot from our first, and only meeting in Hawaii.  Tinder, the phone app that responds to thumb swipes, one way for ‘hot,’ the opposite for ‘not,’ was to blame for our introduction.  Eric, and I matched, each party deeming the other attractive. We bantered for days, moving from Tinder, to Facebook chat, to iMessage.  It was decided that our first date, somewhat of a blind date, should be a skydive, an activity that neither one of us had done before.  It sounded exciting and ridiculous; a good story.  Either we would fall in love, or hate each other, or so we said.  Unfortunately, the weather didn’t cooperate that day, our jump cancelled, and in the end, I had no skydive, and no boy.

He mostly, not I, decided that I was wrong for him, and subsequently disappeared.  For some reason, I took the silence very hard.  I cried to my girlfriends that guys like the online version of me, and not the real version.  I never expected to hear from him five months later, half way around the world.  When he said, “I’m in town,” I didn’t want to ignore him.  It wasn’t every day that he was in my neighborhood.  This was how I justified the strip club outing.  It was my only chance to catch up with the blonde haired, blue-eyed guy.  I was sure to mention, multiple times, what a wholesome girl I am, and that he, a bad influence.

It was my first experience at a strip club.  I had refused entering such establishments in the past.  Once, while with my best friends in Budapest, Hungary, we had walked past a topless bar, and they both had teased me, prodded, that we should all go.  I had stubbornly refused.  I said you guys go.  I will walk home.  I just didn’t go to places like that, ‘like that’ being places with creepy old men, staring at unclothed women.

I had a picture in my head of the men that frequent gentlemen’s clubs, and the women that dance in them.  I anticipated seedy.  I had expectations of women that were Victoria Secret Model beautiful. I found out that the truth was, the place felt only slightly sleazy, and the dancers were neither sexy, enchanting, or runway model gorgeous.  They were naked.  Just naked.  Doing a job.  The uniform required;  skin.

Maybe I didn’t find the dancers sexy, because I am the extreme definition of heterosexual female, or because, my brain begins to wonder the story beneath the body.  I wonder what her name is, how long she has been dancing, if she’s happy, or in love.  I imagine if she has kids.  I imagine how I would feel if I was her.  That kills sexy, just as much as talking too much during an intimate moment kills passion.

I don’t want to be her, but yet I can’t even tell her God can save her, because she and I are in the same place.  Maybe, really, she is in a better place than I.  Am I running from religion?  Ironically, it’s an atheist, with nudity, and liquor surrounding, everything that I was taught growing up as Christian to be wrong, asking me about God, faith, and belief.  This is the moment when I witness, right?  The moment when I say religion has changed my life, and I would be lost without it.  Well, fuck.  I haven’t been to Church in months, going on years, and if I am a Christian, I’m probably the biggest misrepresentation of a ‘Godly Woman,’ especially in this moment.

In this moment, I wish someone else could answer the question about God.  I feel so lost in this no-man’s land of not fitting into the religious mold, but yet, not able to walk away from a belief in a loving, involved, and compassionate Creator.  I don’t match the pop-culture world of sex, partying, and living just for now.  I don’t feel a comfortable sense of home when back in my religious past.  Once again I am left agonizing over, ‘Where do I belong?’

Maybe, I’ll find that place somewhere between God, a strip club, and The Flight Attendant Life.

Thanks Sarah for the encouragement!

I think the reason you question your abilities is nothing unique to gifted people. There is always an openess and beauty of work of gifted people and you’re pulled in by it right away. Your piece “God and Strip Clubs” did that for me. I was pulled in and felt your humanity as you questioned the “imperfections or perfections of confusion” concerning religion. To me, your honesty in this small slice you’ve shared is not forced upon the reader. Your voice as a writer is honest, clear and easy to love because of it’s vulnerability. It’s palatable. Don’t lose that. But more importantly, don’t ever question your gift. It’s evident. Whatever writing insecurity you may have just push through by believing in your gift and yourself. Be blessed and I wish you much success.

Desheila,
You may never truly understand how encouraging your comment is, and has been. This was very scary for me to post, deeper than I usually delve, and your words were so timely in motivating me to continue to write, and continue to write things like this. Thanks for the love:)

This is actually quite interesting to me. I’ve wrestled with the complexity of God and sexuality more times than I can remember. But I know that I recognize that there’s no way to know the “rules” so I create my own morality and try to meet each person with good intention.

Jenna…I don’t know if I have yet found a balance, but you learn and continue to grow. Best to you, and thanks for reading:)

I just recently stumbled upon your blog, and I can’t stop reading! Having just applied for multiple flight attendant positions, reading this post has shown me that I have more in common with you than I had thought. I would definitely read your book! Please keep writing.

Cady,
Thank you for reading, and the encouragement about the book! Best of luck with becoming a flight attendant:) You will do great!

Hi not sure of you’ll read this but I’m enjoying reading your blog. I’m 17 and I fell in love with flying but I have to chose to stay close to my religion or follow my dreams. It’s such a hard decision cause I’m not sure if there’s a balance with my religion and being a flight attendant.