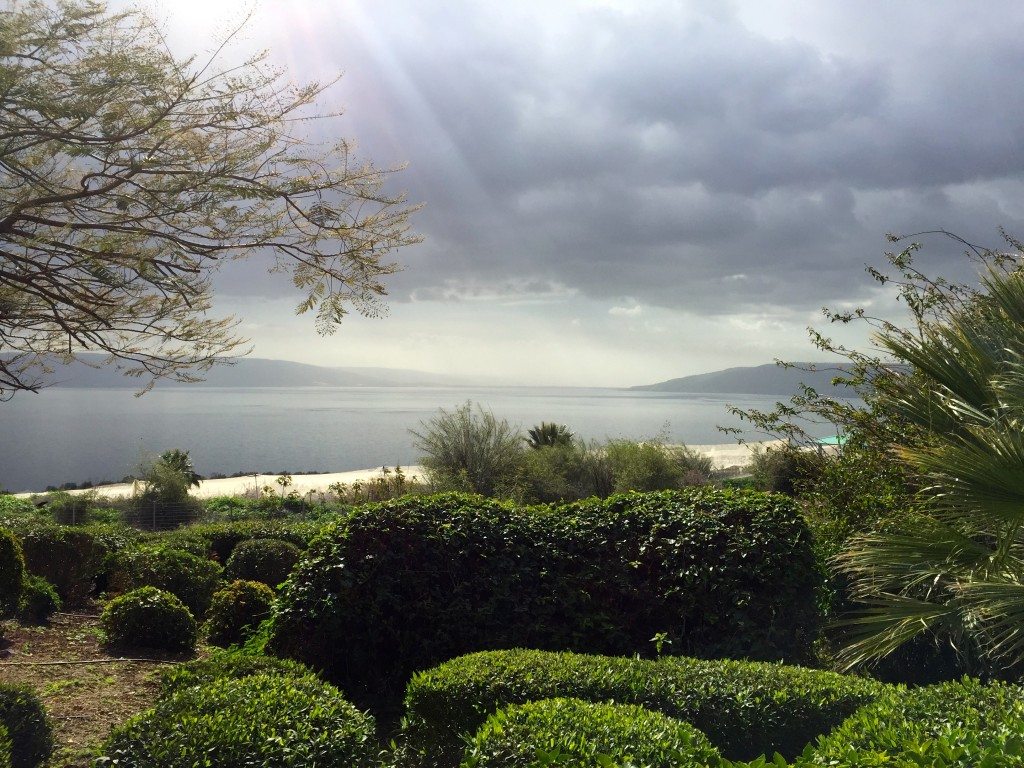 Why I Can’t Stop Missing Israel

I’m on an airplane, flying to a place that feels like home, one of my favorites: Copenhagen.  And yet, I can’t stop thinking about another place.  Israel.  Maybe most women daydream about a lover or a potential, but most often, my thoughts are centered around traveling; between places I’ve been, places I want to go, and how long until I can sleep again.  It has been Israel that has been on my mind the last few days and weeks.  It’s not even that I miss traveling exactly, because in a way, I am always traveling.  I’m not sure I can pinpoint why Israel is with me, in my mind.  I realize none of my colleagues will understand this fascination.  As cabin crew we travel, but as if by lottery, hoping that we will score a winning ticket; a trip with a good crew, long layover, and not Oslo.  Our travel and schedules are more indicative of Russian Roulette.  We are always playing a potential lethal game.  Just ask a cabin crew member sometime about his or her level of fatigue. 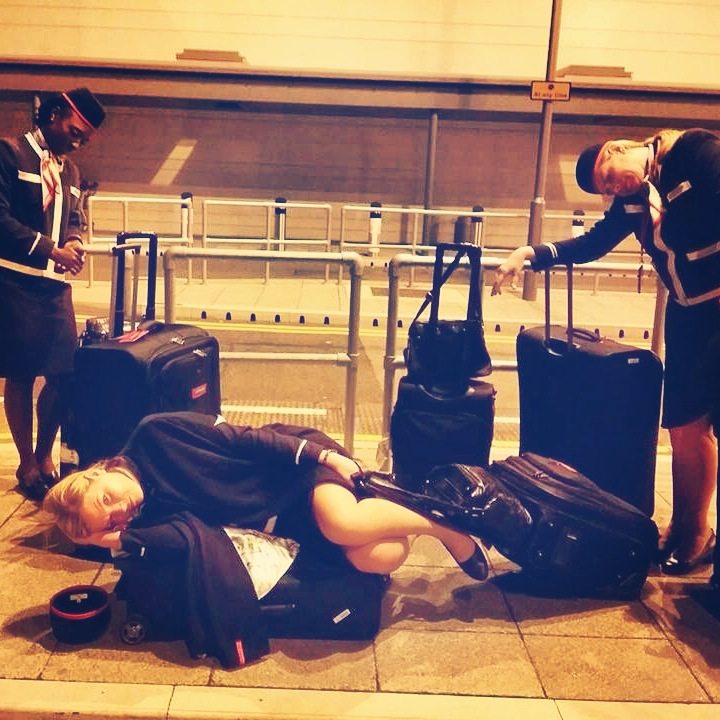 But in Israel, I felt “normal” again.  I felt like the me that was excited about life, curious to discover, and desired to understand more deeply culture, people, religion, and perspectives.  I don’t think just any foreign country could have done this for me, because I am always in foreign countries and I don’t feel this way often.  But, there is something about Israel; in it’s multifaceted and layered reality that begs the traveler to look deeper than the titles given, the boundaries set, and the dogmas that exist.  I am curious to learn anything that I can about Banksy now.  After returning to my regularly scheduled life, I wandered through cold Stockholm streets hoping discover street art.  I crave falafel ALL of the time in whatever city that I am in, and the disappointing realization every time I take a bite of the garbanzo bean goodness is that it just isn’t the same. And it won’t be the same.  It won’t be the same because experiences in food, architecture, nature, history- IN TRAVEL are so deeply influenced by the people that are within and part of that environment.  Because travel is part and all about people.  We, as humans, crave connection and community. Israel has this way of surprising one by how inviting it is for those who are open enough to discover the stories that are not told often enough, the hearts which want to love all, because we all are just people, and the amount of depth that the place has available to give.  I met people in a moment, and instantly I knew, that this would be a friendship for a lifetime:  that distance and differences didn’t matter. 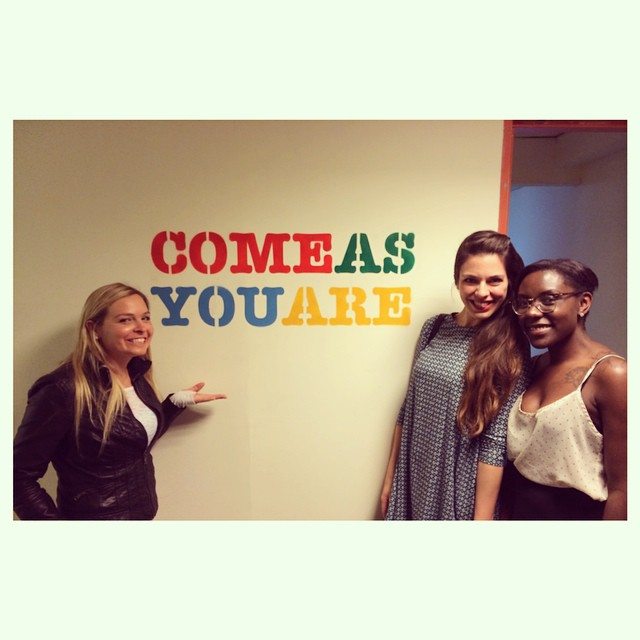 I didn’t feel like I belonged in Israel in the same way that I feel like I belong in Scandinavia, but I did feel so welcome.  It was as if I was visiting the home of a long-time friend.  A friend who was proud of what their neighborhood had to offer, aware of the streets where tension could be high, and eagerly honest in telling the past and the present.  I am struck so completely with the question, “What would we learn if we gave ourselves the possibility to listen and to take chances?” Sunrise looking out over Nazareth from Fauzi Azar Inn

Too many westerners, many of which are Americans, have these ridiculously inaccurate views of Israel (and I’m not saying mine are on point as I think it takes more than nine days, but a lifetime in a country to truly understand).  These perceptions usually center around the belief that one must have religious interests to visit, or that the country itself is unsafe.  One of my friends asked me via text message, after I encouraged him to go to Israel, ‘Am I going to die? lol.’  I was not irritated with the statement he made, as unfortunately his perspective was shared by many of my friends, in the same or in similar ways, but I did want to educate him.  I was never concerned about safety before I traveled to Israel or while I was there.  The reality is that I don’t know the answer to the question, ‘Am I going to die?’ and you don’t either.  I’ve found crossing streets in Florida more terrifying than my foreign country experiences and a few days ago, I had a situation occur while in my hometown in which I felt more unsafe than I have EVER felt in any country. Ever.  Please don’t make judgements about places or people until you do your research or take a calculated chance that there is a possibility that the story you’ve heard isn’t exactly the truth.  Israel, like any other country or city has neighborhoods and portions that by going would be a compromise to safety, but as far as my own personal level of comfort while traveling, I can truthfully say that Israel is a place a solo female traveler or male can go and feel comfortable.  Israel is also a great base to start travel within The Middle East, with Jordan and Petra close and full of incredible experiences as well.  I encourage you, that whatever you do and wherever you go, write your story… On The Edge- Desert Jeep Tour with Abraham Tours

I can’t stop missing Israel.  I know that I grew through the experience.  I know that the time I spent in that country has already helped me relate and understand the world, people, and other places better.  Celessa and I bonded.  We connected with a red headed New York kid over a shared love of Hummus, a friendly and adventurous Canadian who extended his birthright trip, and a young, brave, and intelligent Australian girl who had both Celessa and I saying, “Wow- what if I was that assertive and mature at 20?  What could I have accomplished then?”  But, let me just remind all of us that it is never too late or too early to be who you always wanted to be and do what you always wanted to do.

I’m glad that I miss Israel.  Missing it makes me know that it truly was absolutely, and incredibly special.  When one goes places so much, it’s nice when a destination still impacts, inspires, and influences.  I’m thankful that travel still, and I believe always will, tug at my heartstrings.  It’s that element of people…they get me every time. 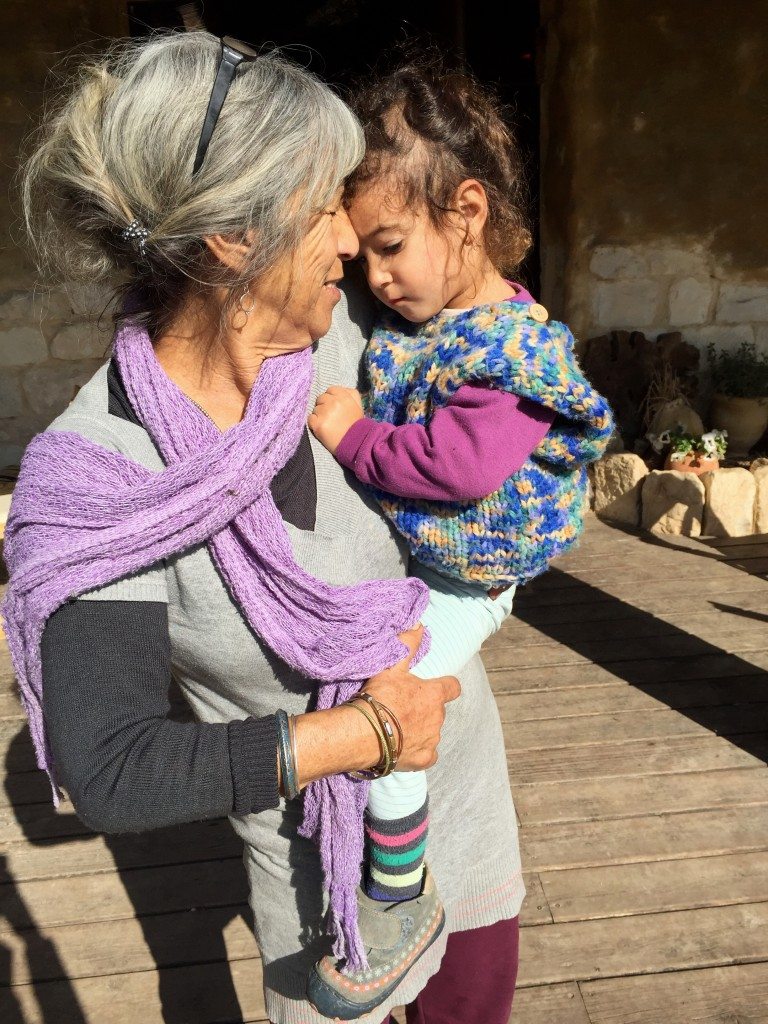 @TheEveryDayJumpseater and @KaraMulder worked in partnership with Tourist Israel which offers a variety of information about Israel, as well as Petra and Jordan.  Abraham Tours generously organized the tours for us.  The independent travel companies planned an itinerary based on our personal interests as well as what worked best for our schedules. Abraham Hostels, Fauzi Azar Inn, and The Golan Heights Hostel kindly supported our stay well we were visiting the countries.  We are extremely grateful for having the opportunity to meet such wonderful people who are doing such great things in promoting and supporting independent travel in The Middle East.  If it was not for this partnership, Celessa and I would not have been able to have as much of an overall snapshot of the country of Israel.  All opinions and view points regarding the country and experience remain those of Kara, Celessa, and ‘The Flight Attendant Life.’