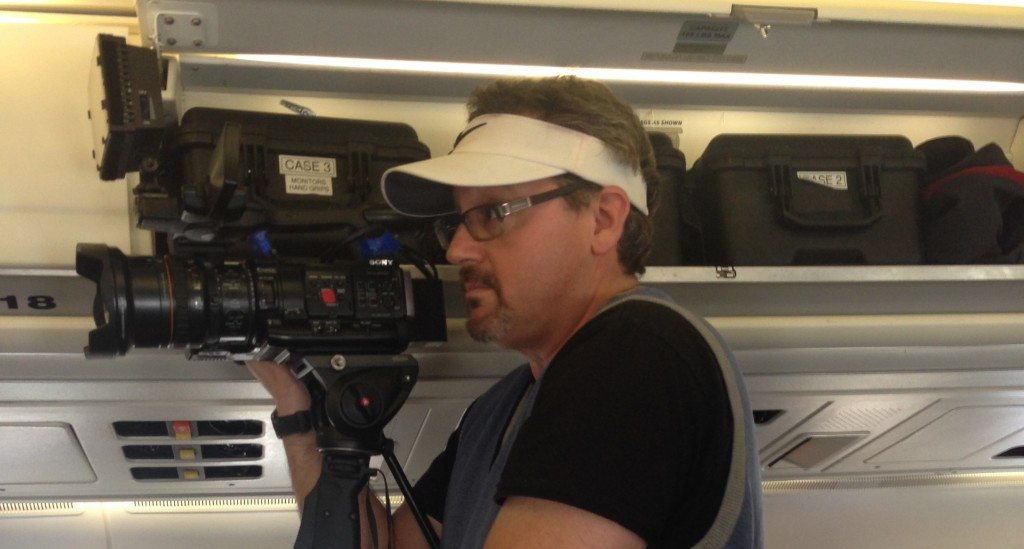 The Flight Attendant Life Meets Hollywood in ‘The Game Plane’ 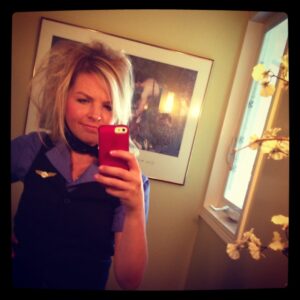 If the producers had known that this was the scene before I showed up to the audition, they may have been less excited to sign me up.  Flight attendants have bad hair days, what can I say?  I didn’t have Dorie to put me together. 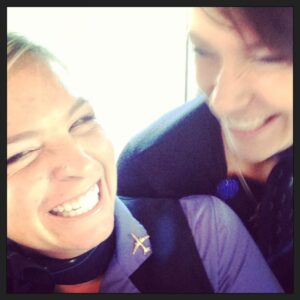 It’s been over a year since I was picked to play a flight attendant co-host for a gameshow called ‘The Game Plane.’  Sorry I didn’t mention it to you guys sooner.  It wasn’t because it wasn’t an important part of The Flight Attendant Life, because I’m fairly certain being on TV is kind of out of the ordinary, but I didn’t say anything because the show only recently started airing on stations all over the country.

The Game Plane was filmed on already scheduled flights, giving unsuspecting passengers the opportunity to win prizes that would range from iPad Minis, cash, shows in Vegas, hotel stays, and more.  Essentially, the show was somewhat representative to Cash Cab, but on an airplane.  The tapings would most often happen on flights that departed from really small towns in the mid-west into Las Vegas, with some Hawaii flights mixed in with that. 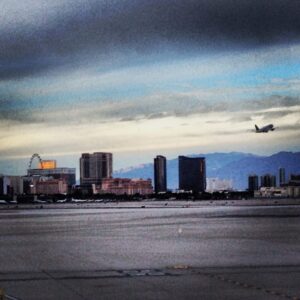 I have never had a desire to be on TV, or to be an actress, or to play a flight attendant, but I feel so absolutely blessed and thankful to have been part of the show.  Honestly, filming on an airplane, live, during flights that include turbulence, unreasonably grumping passengers, and an actual flight crew that has to work around an entire film crew is absolutely chaotic and overwhelming and insane.  There are much more zen like ways to spend your time.  But, being part of The Game Plane was a new perspective and gifted an understanding into a job field that is something that I don’t know much about, but can still relate to.  Hollywood shares a similar lifestyle to that of The Flight Attendant Life, and to mix the two in a show like The Game Plane, was an unexpected and exciting adventure for me, an experience that I am so thankful I have now.  The reasons that I love travel are not only because I get to see things, but because I get to do, try, and see new things- things that are different from my every day.  The Game Plane was most definitely different than my every day. 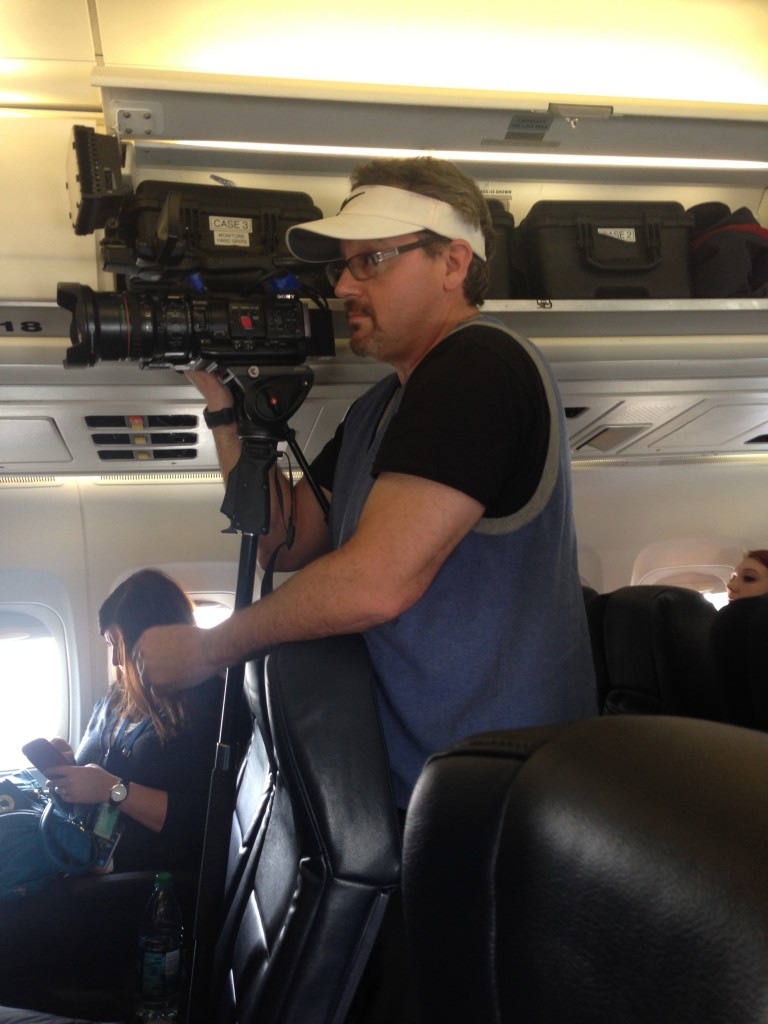 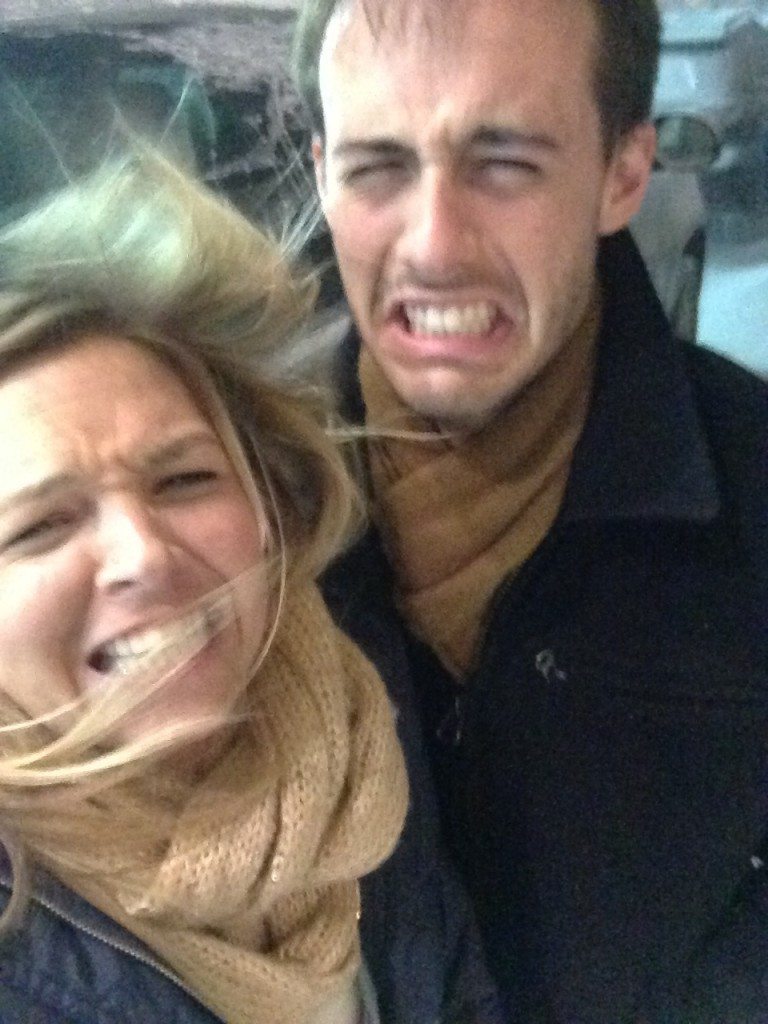 Alex (Casting) and I freezing cold in a state that was really cold (Illinois or Indiana). 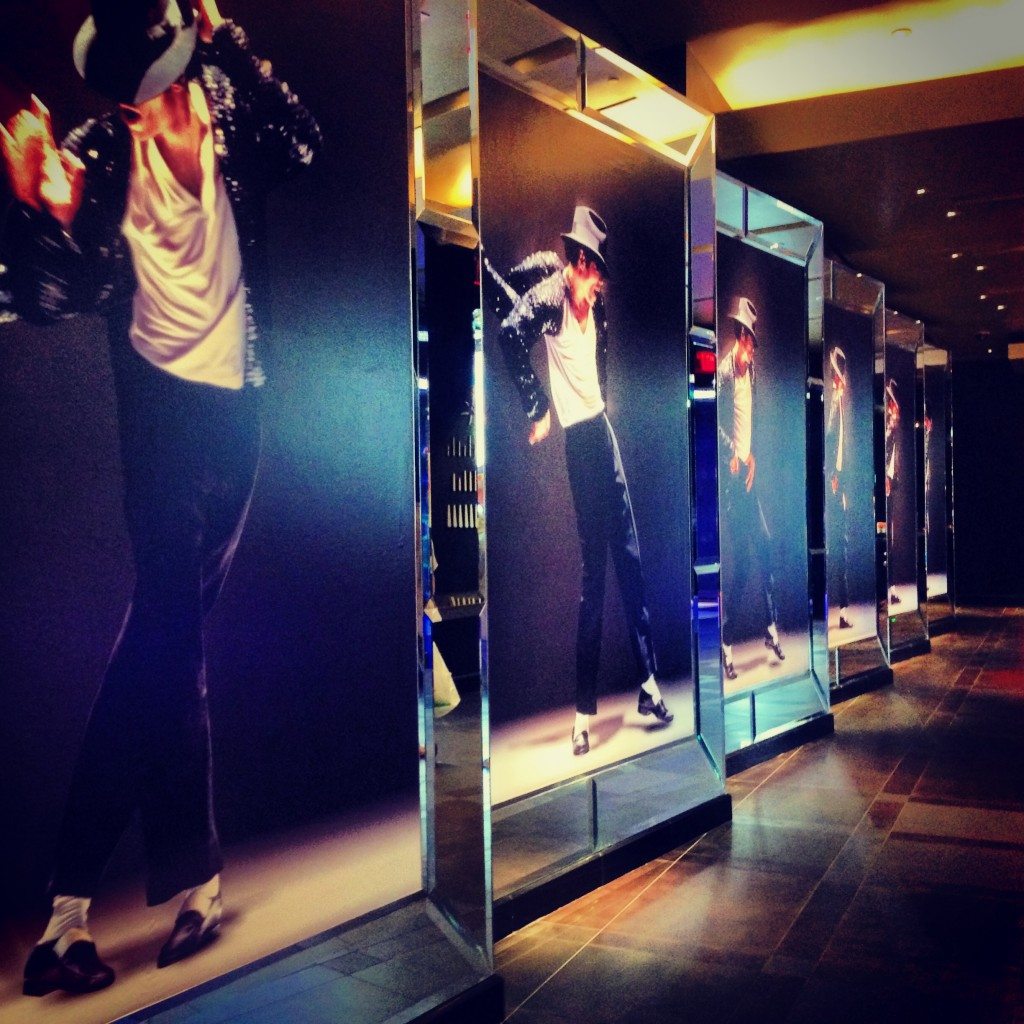 Michael doing his thing at The Hotel in Las Vegas, Nevada

I had no idea that I would meet some of the most creative, intelligent, funny, kind, talented, and inclusive individuals to date.  Raina, the four foot nothing casting director had the personality of a linebacker.  One would never guess someone so small could have a personality so big (in a good way).  The film crew was so patient and kind to me, explaining what was going on and what to do.  I had the easiest job of all, mostly placed as a fixture to smile and nod and hold things.  My nails were a point of contention at times.

The Game Plane gave me layovers at fancy-fancy hotels in Las Vegas, and I was paid to go back to Hawaii.  I was able to escape Florida and my regularly scheduled flight attendant flights because of the show.  I was shy and uncertain going into filming, and the confidence that the experience granted me was worth more than I can and will ever be able to communicate.  It had taken over four months from the time that I auditioned, to the time that I was actually called by one of the producers and told that I was picked for a few episodes.  I had thought that I wasn’t wanted.  It had been a disappointment initially, but I had moved on and forgotten.  Then, when the opportunity showed back up in my life, I remember talking to Jeff, The Game Plane producer on the phone, me saying that no, I can’t do this because I have my vacation in Maui.  He told me to stop objecting, and that I would have lots of vacations in Maui if I just agreed.  Jeff is a very convincing individual. 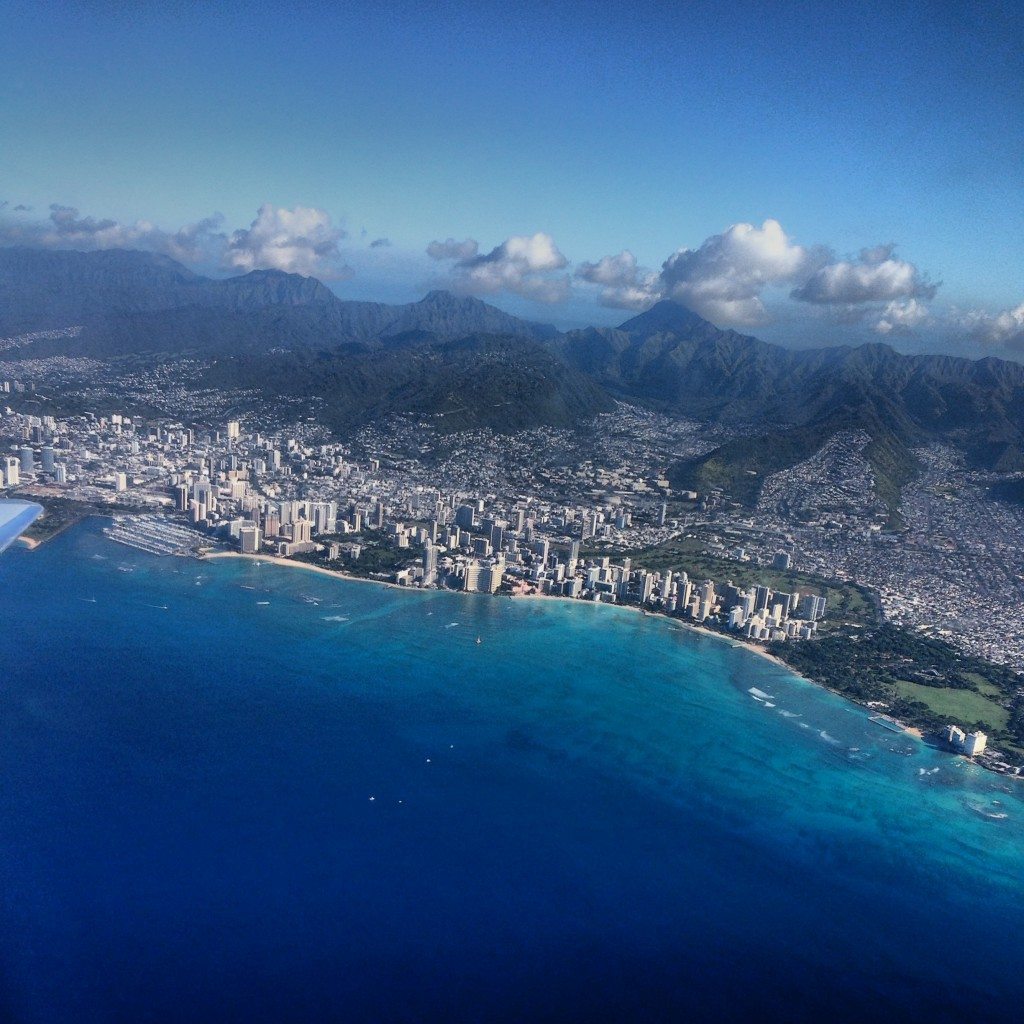 I had initially thought that it was baby blog that had given me a one up for a spot on the show, and only later, did I learn that it was a gamble taken strictly based on a photo.   From a feminist perspective, I could find this infuriating, but realistically, that’s life.  Photos will only take one so far though.  Depth and authenticity and an ability to connect will be the driving force in life to help in continued success.  It had been expected that I would be shallow, and just like I like surprises, I hope to surprise others.  The people that I had the privilege to work with gave me a job for a minute, but have since gifted a lifetime worth of inspiration and encouragement.  It was Rodney, a producer, that looked me straight in the eye and said, “Write your God damn book.”  Yes. Rodney, I’m still writing.  I won’t stop.  It is Kevin, the catalyst behind the creation of the show, that inspires me through his incredible work ethic and creative drive to make life happen and make your stories a reality.  It is Chris, with his encouraging words and patience during filming that I remember.  Just like I was expected to be a shallow flight attendant, I had not expected to find such genuine, warm, and caring friends.  It is the moments that I can never recreate or have again that I treasure most.  Work and travel and experiences are not about the money or the long flights or the “doing things,” but it is about the relationships that one builds through the experiences. 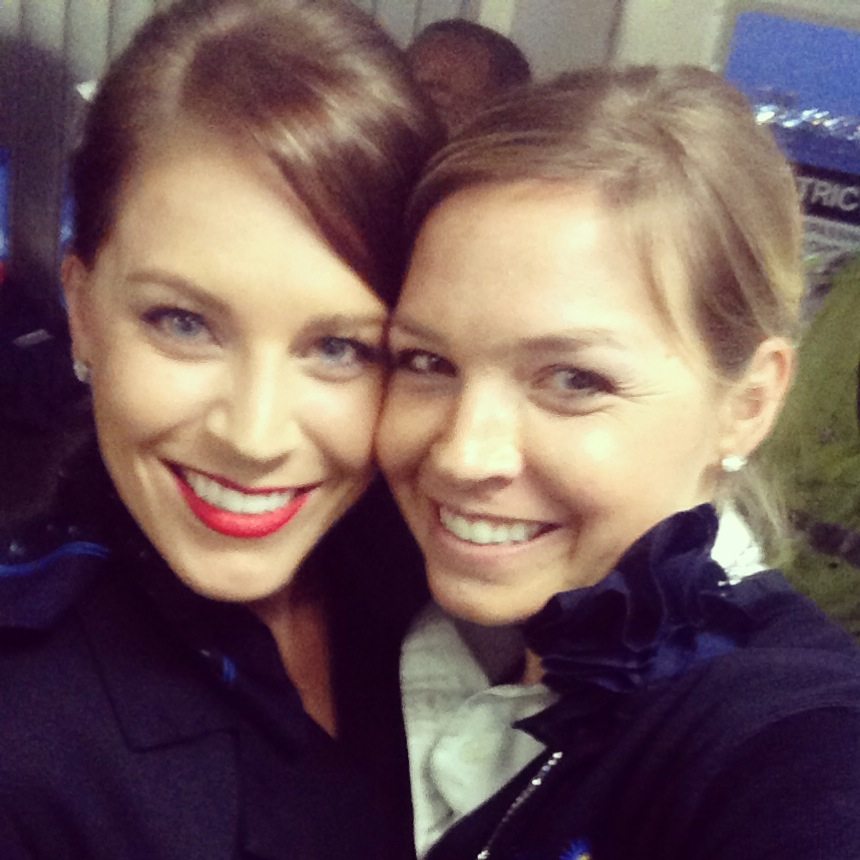 Friendships that can handle timezones and distance It felt special when the team was sad to see me go, but I had to go- go to a new job and new opportunities.  Ironically, I would have never been able to leave my old airline for the new one if it hadn’t been for the show.  I’ve missed it, both the airline and ‘The Game Plane.’  There were months that went by this year that I would cry five times a day or more because I wanted parts of my old life back.  But then, I know things happened, and they continue to happen for reasons that I do not understand.  I learned so much by doing something that was out of my comfort zone.  I can’t exactly tell you what games we played on the flights, or where I flew to, or how many shows I was part of, because those are not the things that I remember.  I remember what the experience taught me about life.  I realized that sometimes ‘No’s’ are not No, but only ‘No for right now.’  I learned that sleep is a valued commodity, and smiles go a million miles.  And that ultimately, being yourself will get you to the places that you need to be.  I learned that people enter and exit your life when most needed and least expected.  I learned to value moments more completely.  And I learned that some passengers will be annoyed no matter what good is going on. 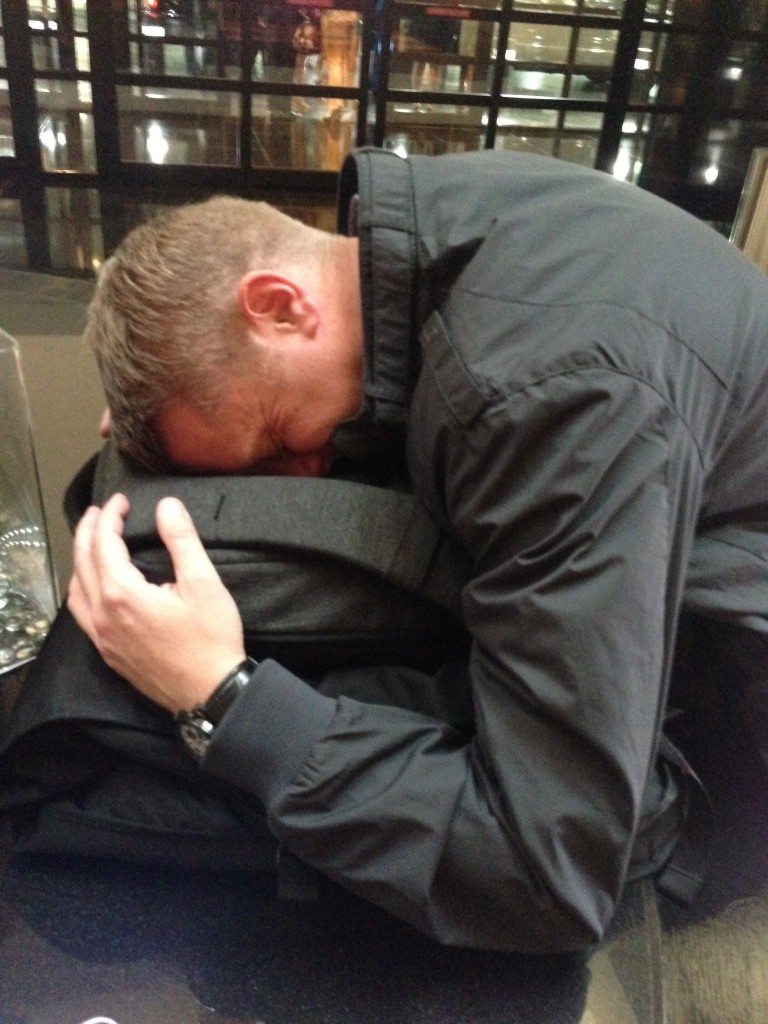 So, apparently, I’ve been told I will be on the December 13 episode of The Game Plane.  I refuse to watch myself, but can you please watch and tell me how it goes?  I think the production company will be filming another season soon.  So, if you fly this airline, you may have a chance to win.  Have fun with it, and tell my airline colleagues and film crew friends hi for me.  I miss them. 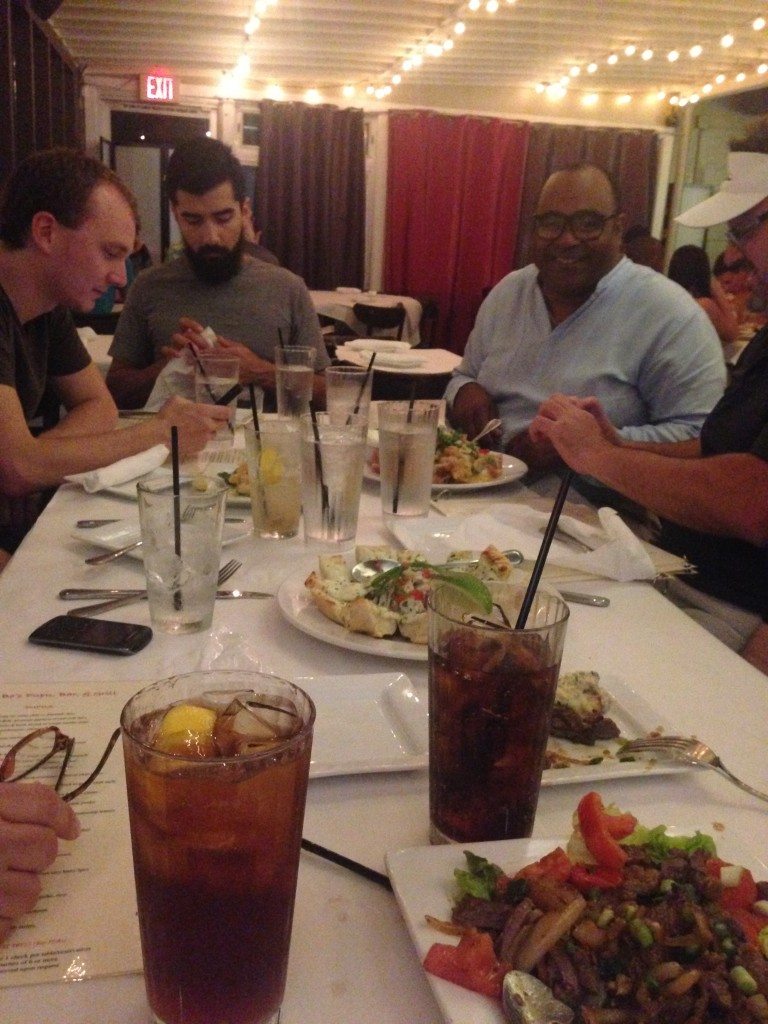 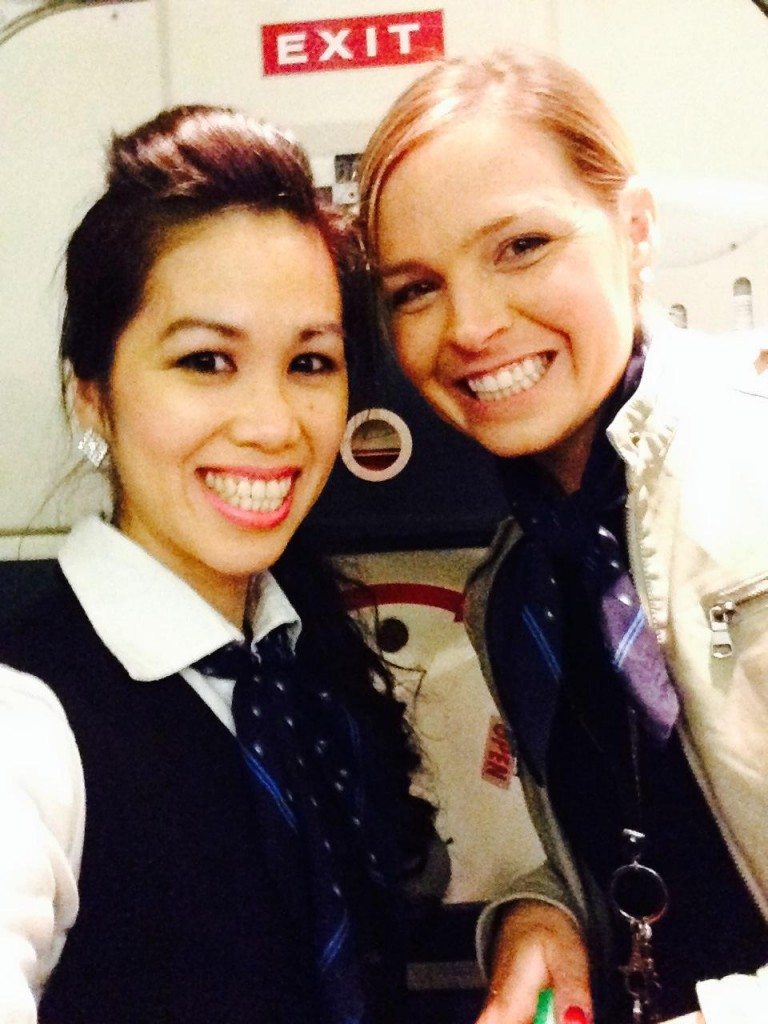 And, I was able to pull that hair-do together…a little 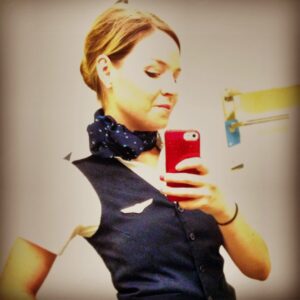