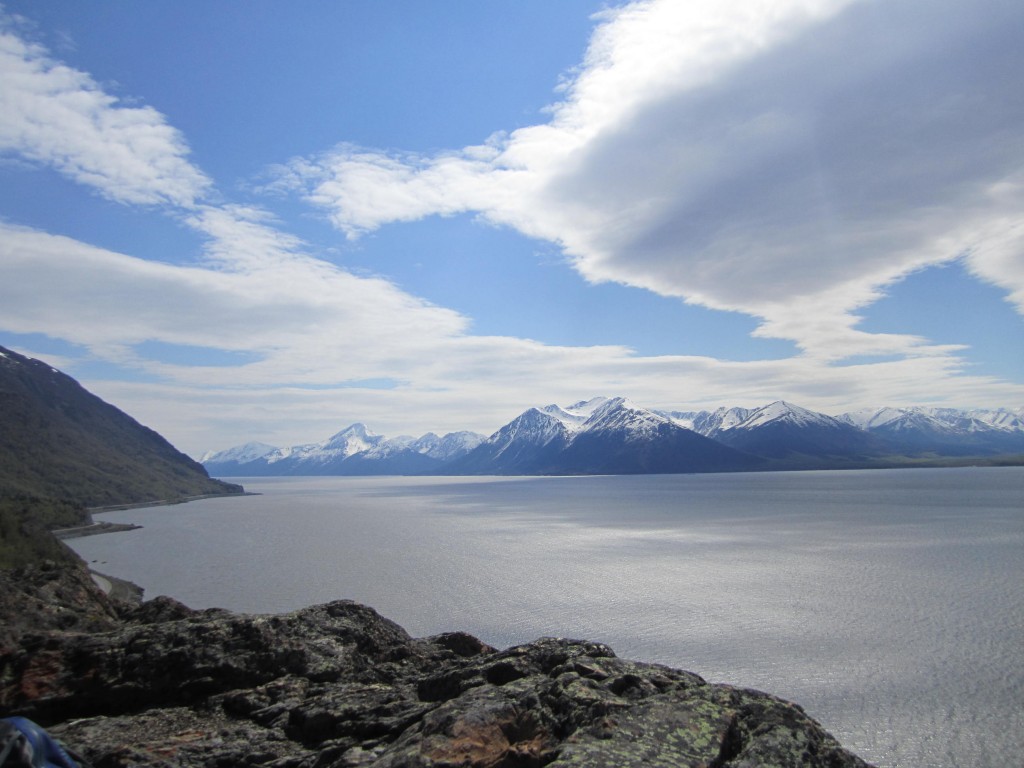 I’ve been around too many people recently, because I want to tell everyone to take a hike.  From the coworker that limits how much water that I’m allowed to drink (Seriously, Dude!?!  I’ve heard of being cutoff for alcohol intake, but water? Give me a break!), to the passenger that comments on the 20 min delay (20 mins hun? This is on-time), to the cold that I can’t seem to shake (That wretched cough? Yep, that’s me).

I’m feeling claustrophobic, and my claustrophobia shines, not in small spaces or dark closets, but from being in the same place too long (I haven’t been on a trip to a new place in two months!). So really, I think that it’s me that needs to take a hike.  I was about to hike myself all the way to Iceland yesterday (I have five days off), but the small bit of responsible thought logically said, “Going sick, and going now, although fun and exciting, is not what you need.”  Damn you sensibility.

So, that trek will have to wait.  But I did take an actual hike not too long ago. In Alaska.

Seward, Alaska, to be exact.  Known for it’s rainy, overcast disposition, and home to Mount Marathon and the famous 4th of July Race, the little port town is located on Resurrection Bay, making it a nice gateway to Kenai Fjords National Park.

Mount Marathon’s “trail” (the word trail in quotes cause there isn’t really a trail) tops out at 3,022 ft; 3.1 miles of muddy, rocky, cliff climbing.  The trek takes a hiker on average 3+ hours to summit and descend, but when the mountain is raced, runners boast times as fast as 44 minutes roundtrip.  The mountain is hiked throughout the summer months, and The Race happens every July 4th.  It is a tradition and began around 1915.  The story goes that a local man bet $100 that the mountain couldn’t be run in less than an hour, all commencing at a local tavern and rehydrating with a beer.

Doesn’t look too menacing from here. Looks are always deceiving.

My video makes me appear as The-LA-Blonde that is scared of the Alaskan Outdoors, and I do add a bit of exaggerated, Made-For-TV-Drama, but the mountain is truly a treacherous ascent, and a rocky and unstable descent.  This year, the race claimed it’s own tragedies, as one runner went missing and another rag-dolled down the cliff, landing him with a brain injury, broken bones, and leaving him in a coma.  Even though I like to add humor to my adventures, this hike isn’t a joke, especially when you climb this mountain at the fast, record speeds that are expected on race day.

This is a photo of woman taking a scary tumble. Fall off of Mount Marathon 2012 Due to how dangerous the race is, event organizers realize that there does need to be changes to keep the runners as safe as possible.  I probably will never climb the mountain on July 4th, ever, but I do recommend scrambling up the cliffs if you ever find yourself in Seward.  It can be dangerous hike, and I wouldn’t recommend wearing your white pants or cruise ship sandals, as I have heard some people have, but prepared with comfortable, climbing appropriate shoes and clothing, a Camelback, snack, and a friend, go for it, and enjoy the views.

View From Marathon on a rare, sunny day

View of Seward from Mt Marathon on my hike

Check out these links about Mt Marathon and The Race:

Thanks for reading! This is why I drink so much water: https://flightattendantlife.com/2012/04/04/waterandairtravel/

Hope you have a good day:)

I was once a flight attendant like you and I do feel you on your posts, love your blog, =)

Thanks so much for reading! I’ve enjoyed the adventures and the lessons, and it’s so fun that I have a forum to share. I need the creativity in my life:)

[…] wonderful time.  I was feeling the stress of “being stuck” and needed the personal getaway, and Iceland was, for me, more than a good solution.  I think simply having a few days off was […]

[…] With my days in LA now numbered, as I’ll be moving after December, I feel a sense of urgency to take advantage of all that Southern California has to offer.  Ironically, now that I’m moving, I’m making a determined effort to hangout with my so-cal (which will just make it harder to leave), going out, staying out late, and socializing.  It also helps that I haven’t had to fly but once this month.  I’ve realized that when 600 people a day aren’t invading my personal bubble, I have the energy and interest in a socia…. […]