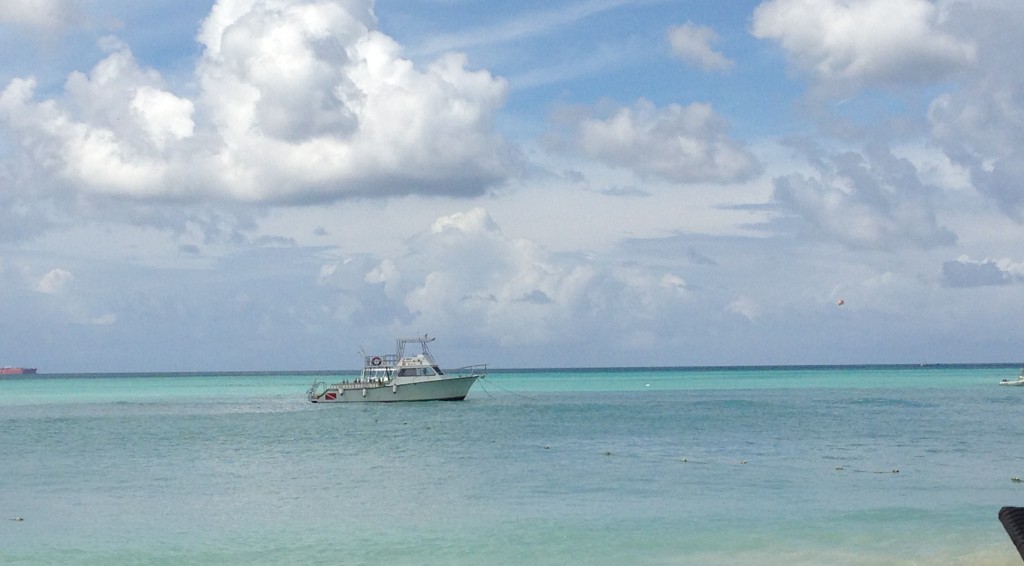 Hiding after all night in an airport.  This is the glamour people don’t talk about.

Apparently, I’m a glutton for punishment.  Or maybe it’s more that when you’re in love, your thinking bends to what others deem as irrational, but you define as wonderful, with all the inconveniences simply adding more color to the rose of your glasses.  I’ve fought exhaustion, Montezuma’s Revenge, hours of bumpy bus rides, sleeping in airports, on couches, and even in a luggage locker, all because I’ve fallen for travel.  I will put myself through unnecessary discomfort because I have found what makes me feel alive;  stepping within cultures, having new experiences, and seeing what is not my backyard.

And sometimes I wonder, “Why do I put myself through this again?”  when the discomfort is the most vivid color at the moment.

The inconvenient adds dimension and depth, and the flight attendant life has taught me to find humor and brightness through dismal delays and unpleasant people.  What is insanely incomprehensible to me is how my state, emotional and physical, can change more quickly than my ability to bounce around the world.

Last week, I slept (meaning did not sleep) in more airports than I did my hotel room home…well maybe not quite more, but it sure did seem like it, as an evening airport accommodation drags the hours along, in turtle-slow fashion.  It’s not that I said, “How many airports can I sleep in this week?,” but, it was the decision to gypsy to the sunshine of Aruba that caused a domino effect of flight connections not connecting and left me to curl up on un-sleepable airport chairs (Airport Designers must be villainous, because is it really necessary to put un-moveable armrests between every single chair??? Really?! This should be a serious crime!).

JFK’s Terminal 5, is somewhat of a stopover dream (for an American airport that is) with free wi-fi, and “technology bars,” that offer a place to sit and recharge those iPhones or other electricity dependent devices.  And, unlike Ft. Lauderdale Airport, or Boston Logan, a traveller can stay within the post-security screening area all night long, a good to know fact, and one that would have been helpful, when I spent the red-eye hours at the Boston airport.

This is where I wanted to sleep.  The Kidsport @BostonLogan

I didn’t go to Boston because I wanted to, but because JFK turned into a non-reving nightmare, holding me captive as I found myself sadly waving bon voyage to full-flight, after full-flight.  When scheduling called me to tell me that I had to be in Ft. Lauderdale at 0630 the next day, my mood mirrored that of a resolved panic; quiet and together on the outside, terrified on the inside.  A no-show, the possibility of delaying 150 passengers and a crew, inconveniencing my co-workers, and who knows what else, I knew this to be a serious offense.  One that could put my employment status in jeopardy.  I was frustrated that I couldn’t get my uniformed self to where I needed to be.  I had dodged Hurricane Sandy on a Sunday, so how hard could it be to make a JFK escape, on a random Wednesday, in mid-January???

And as thoughts of the future flowed fluidly through my brain, internally questioning hypothetical scenarios and future plans if I no longer was a flight attendant.  “What would you do then, Kara?  What if this was it, and this flying life was over for you?”  If that happened, I would be devastated.

For the moments of devastation, please keep princess tissues handy

As I spent the cold night in Boston; nervously, tensely waiting and hoping that the next flight to Ft. Lauderdale would not leave without me, I had a hard time comprehending how exactly opposite my Tuesday had been to my Wednesday.  I shook my head thinking, “If I had known this was going to happen, I would have just stayed home.”  Followed by,  “Thank God that I didn’t know.”

Because even after all the stress, and all of the inconvenience that I caused myself, I didn’t want to trade my Aruba experiences.  Spending time with my best friend ; laughing, snorkeling, taking kite surfing lessons, and lounging was too good, too much of a memory maker to toss out. I want to go straight back to Aruba, and not because I want to run away from my problems or responsibilities, but because I found a place that I thoroughly enjoyed.  Most people, after unnecessary travel hassles, would stay home for a while, maybe even relay a vacation as terrible, but as for yours truly, I guess I just separate the two, knowing that travel isn’t always pleasant, but accept that fact because I also know that it will always be interesting.  If travel was perfect, I wouldn’t have much to write about now would I? True, but I’m still not buying a t-shirt

I am surprised by how Aruba captured my fancy.  Surprised that I would want to spend the time and money to return so soon.  I want to see the world, and return trips get in the way of that.  But, I won’t be going back to Aruba in a few days like I had hoped.  I really did want to cause a little more chaos for Kitesurfing instructor Andy, with my non-stop talking, giggling, and making him earn his wage by snatching me out of the sky or swimming after me because the kite had a mind of its own.  Or I have a mind of my own…I told him he didn’t realize he signed up for babysitting.

I imagine that I will continue to sleep in airports, still love surprises, and hopefully be back to Aruba soon, so yes, “the crazy blond girl” will be back.  But first, I need to move to Hawaii, and that will be a whole another surprise in itself…

What Is Standby Travel | The Flight Attendant Life says August 5, 2013

[…] realistically stress, often waiting at airports, watching plane after plane take-off without me.  In January, I was at Boston Logan International Airport, and I overheard a group of gentleman, one of which said, quite loudly, “I need to marry a […]

[…] kiting in Maui instead of Kailua), but I had been kiteboarding.  I had taken two lessons during a week vacation in Aruba.  I had planned on only one, but had had such a good time, that I couldn’t say no to […]

We enjoying reading your blog post. So much we shared it on http://fb.com/aroundaruba

Hope to see you soon in Ahhh-ruba 🙂