I Quit My Job

When I got my job as a flight attendant, I had nothing to lose.  I needed work.  I needed a radical change.  I needed a paycheck, a journey, an eyeopening experience.  I didn’t know at the time that I needed all of those things, except for the paycheck, but life has a funny way of handing you more than you ever asked for, better than you thought you ever deserved, and often more than you think you can handle.  Last night, actually more like mid-afternoon, I got back to my parent’s home, located in a sleepy little California farm town, and sleepily crawled into my bed.  It was 3p.  I slept.  And slept.  And slept.  Fifteen hours after my head had hit my pillow I finally stirred.  I knew I had been tired, but once again, the depth of complete exhaustion had been lost in all of the busy-ness of my life.  Misplaced in the midst of the excitement of dating, of working on a TV show, of flying around the country.  And, in the anticipation of saying goodbye to my employer.

I quit my job.

Yep, you read that right.

And as I’m home, in the quiet of my old room, it doesn’t feel real.  Like, I can’t believe it’s over, but, for the past two weeks, all I have wanted was to be done.  No more of those planes, those passengers, or that uniform.  For almost five years the flight attendant life that I was chosen for had it’s way with me; interrupting relationships, shattering paradigms, and enhancing my spirit.  I had been a confused, and depressed college graduate who didn’t have other job offers, and when offered the job to be flight attendant, I didn’t understand what I was stepping into, but I didn’t care.  I wasn’t going to fall in love with the career, or the lifestyle.  That wasn’t the plan.  It wasn’t a plan to be captured by travel.  I hadn’t hoped to start writing a blog, or ever envision attempting a project of writing a book.  Letting go of the employer that has been instrumental to who I am, and what I have in my life is not an easy decision, especially when, where I am going, is questioned. So what am I up to next you ask?

Well, I’ll still be a flight attendant, just with a two week intermission in-between, and then four weeks when I’ll be grounded, in flight attendant training.  It’s a little scary to be unemployed, when I think of it as that, but it’s also nice to know that I am not going to be forced, for at least two weeks, to be on an airplane, unless I want to fly somewhere.  I had been contemplating a jaunt to Bali, but the lack of sleep and healthful living that I have been currently living in, made any jaunts across the world overwhelming.  I started a juice cleanse yesterday, which means I guess I’ll stay around the farm for at least three days.  The juicer, fruits and veggies, and mason jars are here. It makes sense to stay for a minute. Hanging out on the California Farm

Going to this new airline means that I have let go of a great opportunity in media, one that had me learning a little about production life, flying me around for it, and adding to my income which covered Greta Rose, and all of her mishaps.  It could have been enough to pay for flight lessons, and my travel love.  Staying with my airline made sense for so many reasons.  But, I know what I could expect at the old airline, and for all of the reasons that I used to be so happy working for the company, those had become lost once moving to Florida.  Florida has been a hard, and what I deem as sometimes stupid move, but in all reality, I need to thank myself for my unconventional decisions at times, because if it wasn’t for this move to Florida, I would have taken this new opportunity.  I had all that I needed to be comfortable at my airline, and although somedays grumpy, life was content, expected, predictable. And maybe, that’s exactly why I am moving on.  This new opportunity is one that I am absolutely excited about, one that I know, I cannot walk away from.  Because, although it might not be stability, or job security, it’s an adventure that I have always wanted.  If I didn’t say yes, I would always wonder what could have been, and I don’t want to live with that question.  The place that I am at in my life makes this choice logical, practical, and understandable.  I will be training, and flying with an international carrier, making long-haul flights from The United States, to various destinations in Europe.  Everyone should know by now the fascination I have with all things foreign, and my undeniable love for Europe, so doing something like such shouldn’t be a shocker.  I thought moving to Florida was so that I could settle, because that was what I wanted, and I’ve realized not yet.  Not yet do I really want that.  There is still too much appeal to the glamorous side of The Flight Attendant Life.

Of course, passing thoughts surface often, wondering if I am making a mistake.  And every time these thoughts occur, I just know that I am not.  I am moving on, moving forward, and taking calculated risks.  Taking such actions, with clarity of direction in mind, can never be mistakes.   I do not see this new airline as the end-all-be-all, but it will be a place to learn, and grow, and prepare me for what is next, and I feel incredibly lucky to be chosen, and wanted as part of this new team.  As well as  so little girl excited to get to wear a hat and gloves with my new uniform.   I’m not sure if a uniform should be a reason to fall for an airline, but I know many men who fall for those uniforms, so what’s the difference really?

I will miss my past employer.  As bad as it was at times, it was so good to me.  I was happy, fulfilled, and enjoyed the lifestyle, and friends it introduced me to.  But, like a relationship with a significant other that has run its course, it’s better to say goodbye before bitter, than hold on because of being too scared to let go.  I never want to live life too scared to reach my dreams.  So here I go.  I’m not sure what to expect, but I expect to be surprised, and I expect to reach my goals, and for now, that is enough. Last day working in this uniform, and the only time you will ever see a company logo.  Thank you for all of the adventures:)

I want to inspire you, whether you are wanting to be a flight attendant, are a flight attendant already, or never ever want to be, that you will ALWAYS pursue you dreams, and aspirations (if you watched the Oscars last night you saw this passion).  That you will stand-up for what you believe in, standing in “your own shoes,” always ‘being you,’ having the courage to jump into the unknown.  Don’t settle for comfortable, or convenient.  Know what you want out of life, and be relentless in achieving that which you want.

Enjoy some photos from the adventures of the past five years. 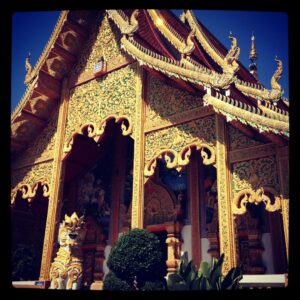 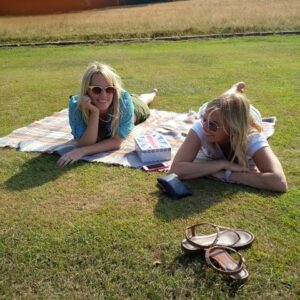 The day that Emily and I graduated Flight Attendant Training, to my very last day at work.  I look very young, sweet, and innocent in the first photo.  A few years, a few experiences, and a few countries later…:)

Hey Kara I was searching on the web on more information on how flight attendants such as yourself live the lifestyle as you do and the obstacles you face to do the best job as possible. Your blog has just inspired and even more and has excited me to look forward to the journey that I am taking in my course to become a Flight attendant. My dream as a girl has always been to be the best Flight Attendant I can be and to discover the world as it is. I wish you well in your endeavours and hope to become a flight attendant such as you
well wishes

Yours Sincerely Mae from Australia
xoxo

First, let me wish you much success as you move on to the next chapter of your life.

I cannot tell you when I subscribed to your blog, but I’ve been reading about your adventures for quite sometime, now. Only recently did I learn of the airline you work for; it’s the same as mine!!

Your adventures have inspired me, entertained me and have given me a slight glimpse into a life I’ve only dreamed of living. You are an amazing writer, I hope you continue to do it.

I would like to thank you for The Flight Attendant Life. It’s an awesome blog. My only regret is that I’ve not had the chance to meet you in person.

Here’s sending you many blessings and good times at your new airline. 🙂

Kara,
Thank you so much. I’m beginning my career as a flight attendant. Their is a base located where I live so i’m hoping I remain here. Thank you for this blog. It is truly showing me that I need to go after whatever it is that I want. It showed me that I need to let go sometimes and take a chance. I truly wish you the best in everything that you are going to do. You’re a very motivating person.

Thanks Kara, I really needed to read this. I currently work for an airline, and i’m no longer content nor happy with continuing. I was literally miserable for the longest and I recently just realized what you spoke of, about following your dreams and not being afraid to jump at what you want in life. I know my life’s worth and what I want out of it, and I have to move on from this now. I have to not be afraid of leaving the position and go for what I want. After all, my next move may be my best move and I have to embrace that. Thanks so much and you’ve inspired me just by stumbling upon it online. Thanks and congrats to you in your new start! Blessings!