I’m standing on this mountain, the mud from the trail, or non-trail (it’s sketchy path), more on me than under my feet.  I pull my camera from my rain pants to video the silly insanity that is unfolding.  Mid-explanation, the camera fizzles, overloaded with too much information.  I’m now just talking to air, looking a bit like a crazy, unable to “save-my-craziness-for-later,” as my only audience are the trees and possible bear who I hope is not lurking anywhere near me.  You say, “Just grab your extra memory card?”  Lovely thought. I have no extra memory card. You would think, or I would think, that with my job and the frequency of travel in my life, I wouldn’t make these novice travel mistakes.  Wilderness survival classes always put a strong emphasis on preparedness, but somehow, I ADHD-d that out of my life, and I often forget the essentials for the road, stowing me right along with the other amateurs.

In honor of my shortcomings when it comes to actually being a put-together, professional traveler, I’m going to share with you common Novice Traveler Mistakes, with hope that you won’t make them too.

I Can’t Carry My Bag.
Packed too much.  Sherpa’s aren’t available for hire in Croatia or Costa Rica.  I’m. Hating. Myself. Right. Now. Packing One Shoe. Last I checked, I had two feet. It’s problematic when I open my suitcase, want to going running, but realize shoe number 2 is 3000 miles away.  Hopscotch anyone? 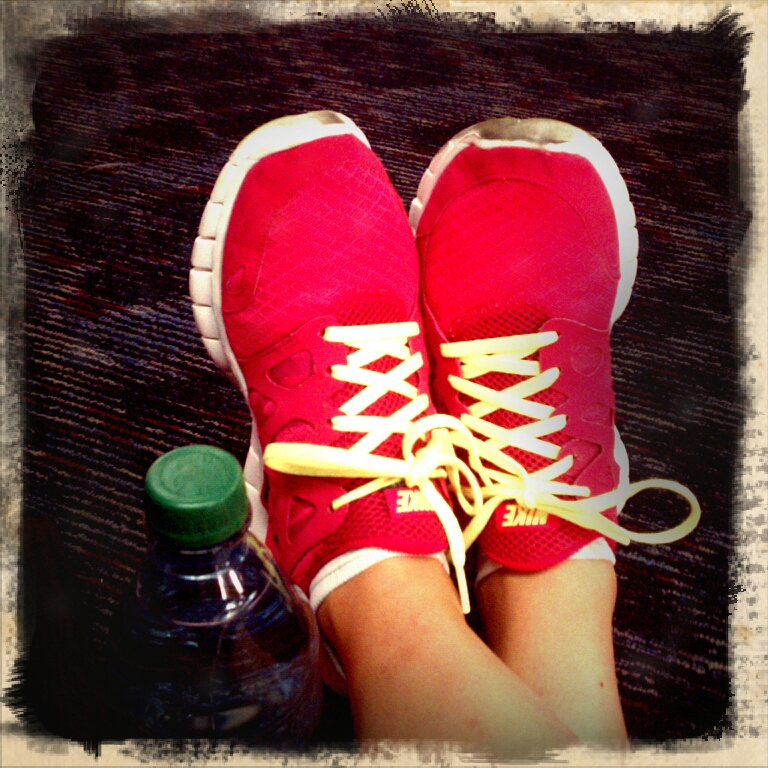 Damn that crying baby, and I can’t sleep with the light on.  Never leave home without ear plugs or an eye mask.  You never know when you’ll be staying at a Motel 6.

This is what I look like when I wake up in airports. FYI I don’t sleep in airports for fun. Sometimes it just happens.

The Water Bottle.  I’m going to tell you a secret, but this is just between you and me.  I have this fear of being caught water-less somewhere, without a means to securing water, or having water in my possession.  I could probably be on the show Hoarders with all of the water bottles that I make certain are within close vicinity to me. That sounds really bad, but it’s really not that big of a deal.  Really.  In psych circles they would say I’m in a stage of denial.  That’s all besides the point.  The point is:  Stop being irritated that TSA won’t let you bring liquids through security (annoying, I know), airport inflation causes you to gasp, or that some airlines charge you for water.  BYOB. “What?! You don’t take cards?” Always carry some cash on you, especially change or small bills.  Usually, the first thing you have to do when arriving in a new country, is catch a bus, train, or taxi, and it helps to have small bills.  I like leaving Europe with Euros for two reasons:  it’s an excuse to return soon, and if I’m leaving the continent with money, when I do return, I won’t have to find someone to exchange large bills for small ones.  Just makes it easier to have a little bit of cash in your wallet.

The Minimalist Mistake– The Minimalist Mistake is when you travel without backups; no extra memory card, batteries, sweater, or thinking you won’t need a camera because you are just “going to the grocery store.”  There is this fine balance between packing too much and not being prepared.  And, a word to the wise; never leave home without a blanket.  Airplanes are cold, and it’s not the flight attendant’s responsibility to pack your diaper bag, even though it often feels like I work a babysitting gig. You never know when a photo opportunity will present itself

The Key Is To Bring The Lock. Usually hostels have lockers, and often you need to have or buy your own lock.  Having a lock with you is always handy, just don’t forget the combo like I did:/ (Yes, if you’ve been reading the blog for awhile, we have already established that I am a hot mess).

This Is Just A Day Trip.  I find that when I’m having fun traveling, I most often have extended my trip to include more days.  Day trips have quite often turned into a few day trips, and it’s always good to at least have one change of clothes, or the essentials.

You are si right. I learned the “BYOB” when traveling , but did forget the camera, I had to use my phone camera for most of pix we took. Thankfully my cousin had her camera and we were able to use it. And yah, always pack a long sleeve shirt or light jacket during summer travels. Lesson learned 🙂

The day that I left for Barcelona, I dropped my camera in my cup of tea, and had to use my phone for the week. Two days before my trip ended, my phone stopped working. Bad luck! haha