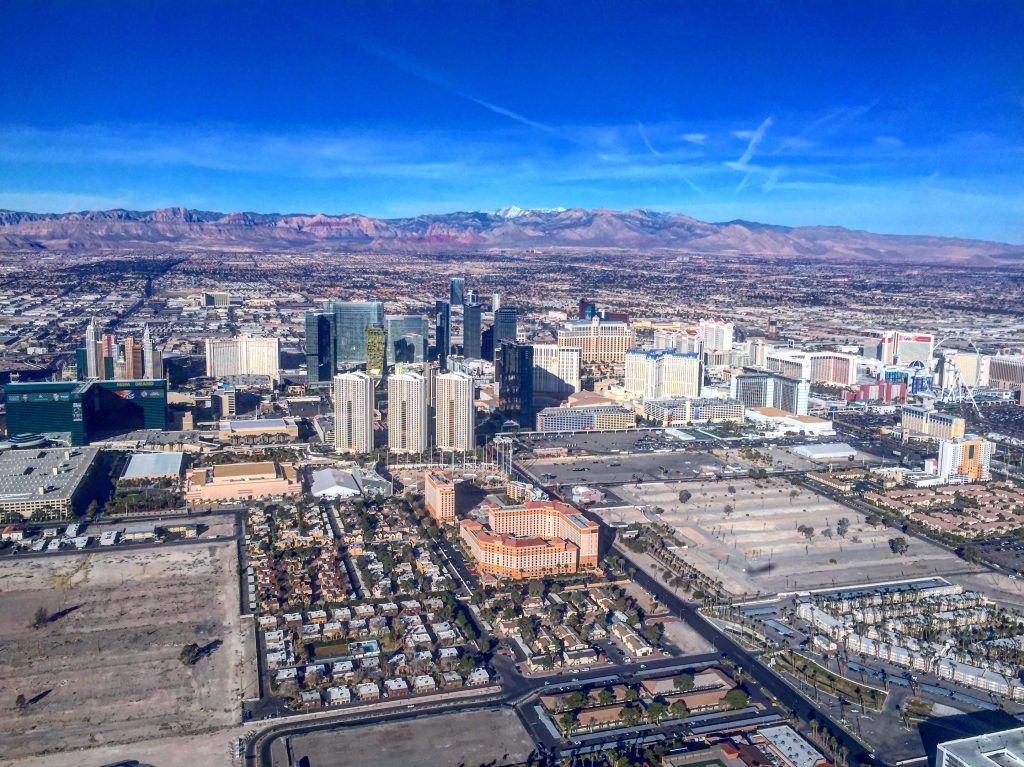 Mainstream Media Is Ruining Air Travel In The United States

Did you say ‘Flight’ or ‘Fight?’ Welcome to the rapid demise of air travel in America. 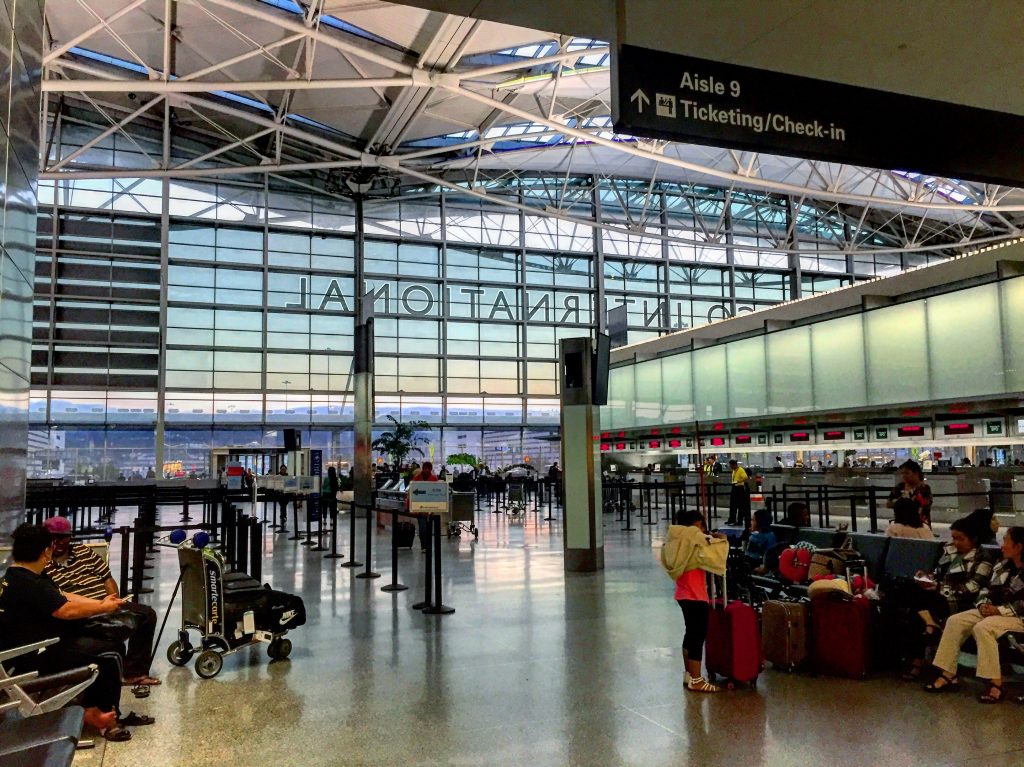 As far as recent trends go in the United States, it’s highly probable that your next airline seat will turn into a front row ticket to an inflight MMA match. Every single major airline— even the one with so much luv— is getting pummeled with coverage of passengers or flight attendants losing their…eh em…’poise.’ The features, stories and overshared viral cellphone videos have reached the point of ‘beyond enough.’ I’m sure that more than one person shares the sentiment that THIS HAS GOT TO STOP!

To media, passengers, gate agents, pilots, flight attendants, and whoever else steps foot on an airplane and into an airport— please! Pull it together!

Mainstream media has this disgusting way of inciting the drama; focusing on only one side of the story, while completely missing the point. Journalists could help flight attendants out if they stopped romanticizing every fight that happens on a flight. Leave it alone! Reliving the shock and terrible way passengers act is leading to an overabundance of misbehavior. Is it too much to allow the terribly filmed cell phone footage to slip into internet oblivion? I understand that this may not be a realistic scenario, but mainstream media is in by no means making air travel a better experience for both passengers and crew. 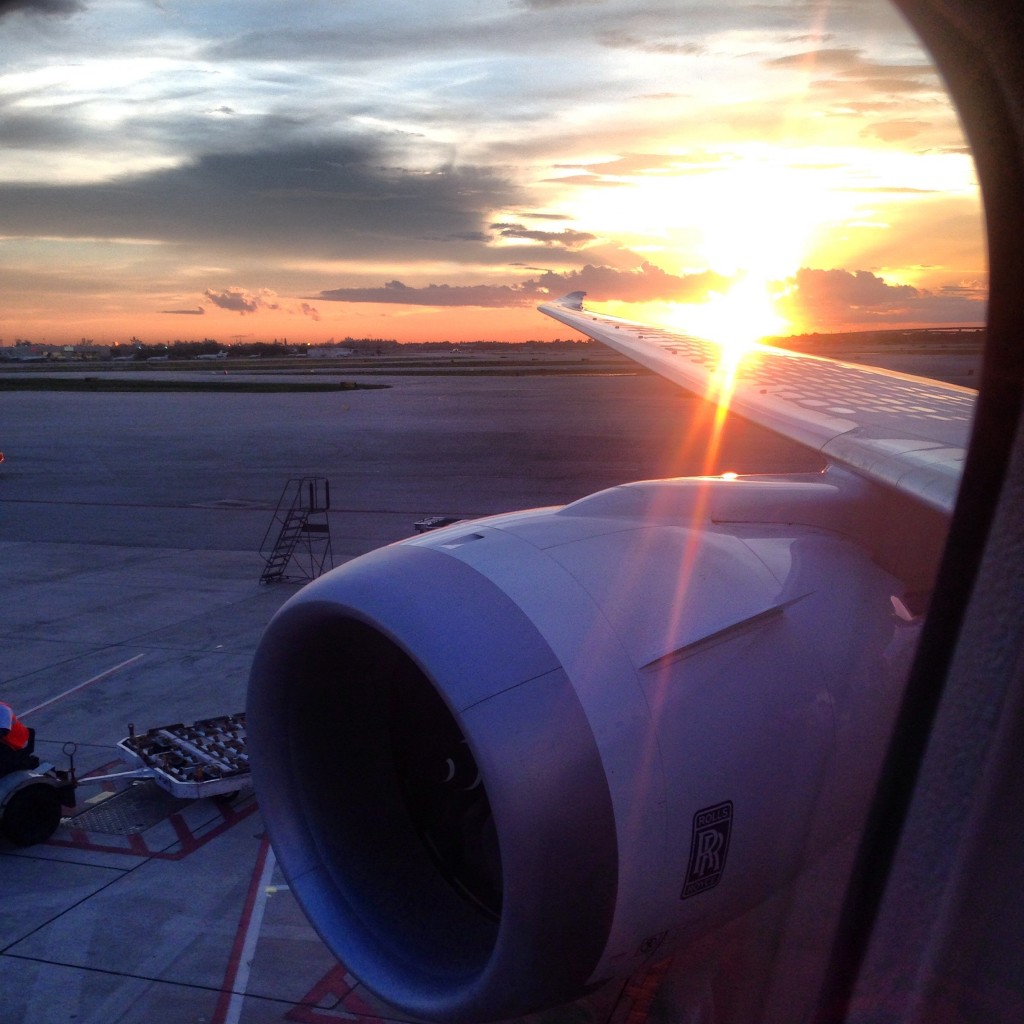 You— newscasters, producers, and story creators— wonder why air travel has gotten “so bad.” There have always been handfuls of passengers that revel in bad behavior and are kicked off of flights. The difference between before and now is that everyone is their own PR agent and mainstream media doesn’t know when to say, “This is enough. We have better things to do than tell these stories.” Crews are feeling apprehensive and anxious to go to work. They don’t know who will behave like a two-year-old and what stupid news source will act like a dramatic teenager.

If mainstream media would make a determined choice to drop the drama, passengers would know that talking back to flight attendants, breaking air travel rules, and being all-around difficult would NOT bring them fifteen minutes of fame, but looks of disappointment and disgust. When was the last time mainstream media covered an air travel story that was positive? Fox News, NY Post, Inside Edition, a BBC Radio Show, and the countless other media outlets who have contacted me, and other bloggers at The Flight Attendant Life, only care to find out one story. “What’s the worst, craziest, most terrible, awful, surprising, disgusting, terrifying, passenger or flight you have had?” These journalists act like they are the first to wonder and also feel entitled to ask, because of their status and “2 million viewers.” I could be the only one here who feels this way, but I don’t care how much exposure I get when it comes to talking about the state of misbehaved passengers and stressed out flight attendants. I want to talk about why flight attendants love going to work. I want to share stories of the crew who saved a life. I want to remind you that some of the reason that air travelers have fewer rights than they once did is because of 9-11. 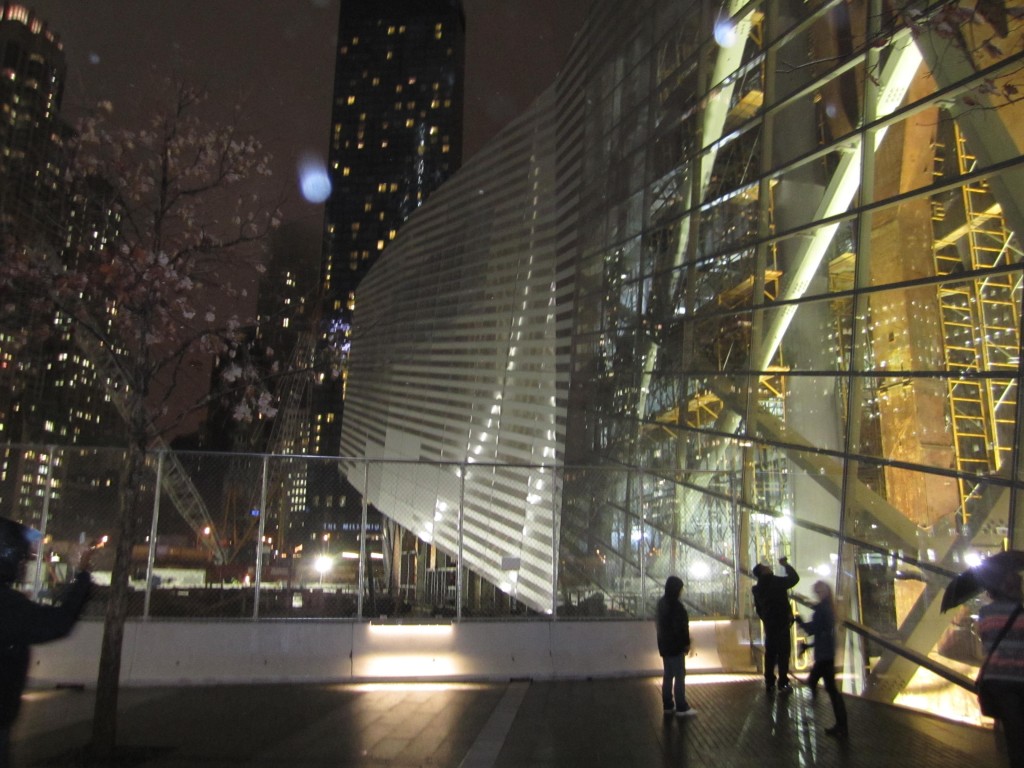 The state of air travel and the way the media glamorizes the fighting makes me sad.

I think it makes all of us sad.

We want the suits and dresses of former days.

We want the experience of air travel being an exquisite event.

We want a little respect. JUST A LITTLE RESPECT.

And you know what? That’s all our passengers really want too.

I’ve been hearing that some flight attendants dread going to work because the energy is hostile, angry, and frustrating. United, Delta, and American flight attendants are fielding incessant comments, smirks, and really obnoxious jokes. It’s annoying. Passengers like to threaten their flight attendants that, “I’m NEVER flying this airline again.” The flight attendant will smile, while thinking, God! I sure hope you don’t fly with us again, but I’ll see you next week.” We verbally acknowledge air travelers by saying, “Oh that’s a shame! Sorry, we couldn’t meet your expectations and make your experience more enjoyable.” Flight Attendants have this aversion to those passengers who threaten “never again,” because the truth is that most travelers take the cheapest flight.

Cheap is what most airlines in the United States have become. Airlines treat crew as disposable and their passengers as cattle. The personal touch is lost to the need for profits. The training departments of major airlines have failed their crews, forgetting to train kindness, customer service, and anticipating a traveler’s needs. I agree that safety is the number one priority, but when crew come on line and forget that a flight attendant’s role actually does include customer service, companies are left with passengers who leave the airline seat wishing that they could have at least been treated like a human as opposed to a safety issue.

Cheap flights mean more access. More access means not everyone has had the chance to learn proper air travel manners. Improper air travel manners, in small spaces, can lead to really big problems. I’m sorry air travel has become such an ordeal, but please— if you have anger management issues, drinking problems, are taking something, forgot your meds, feel entitled, disrespect people on a regular basis, CAN’T PLAY WELL WITH OTHERS, stay home! Passengers, may I remind you that anytime you act up, display aggression, threaten a crew member— act hostile, angry, defensive, abusive— that we live in a post 9-11 America. For that reason, there are laws and rules and ways of doing things that may seem extreme in moments, but it’s going to be that way. Things change when tragedy happens.

Flight Attendants— don’t exert unnecessary power. “I’m here for your safety” is the most overused phrase in flight attendant language. Your passengers, although they may seem stupid at times, know that you are hired for their safety. They know this! If you expect your passengers to have a brain, they actually might surprise with a brain. It’s a law of nature that what you focus on expands and what you think about— manifests. Try surprising air travelers by anticipating a need of theirs or by throwing a genuine smile in their direction. It’s simple. It’s a start. It won’t change the industry alone, but if all of us were treating everyone better, it would at least do something. 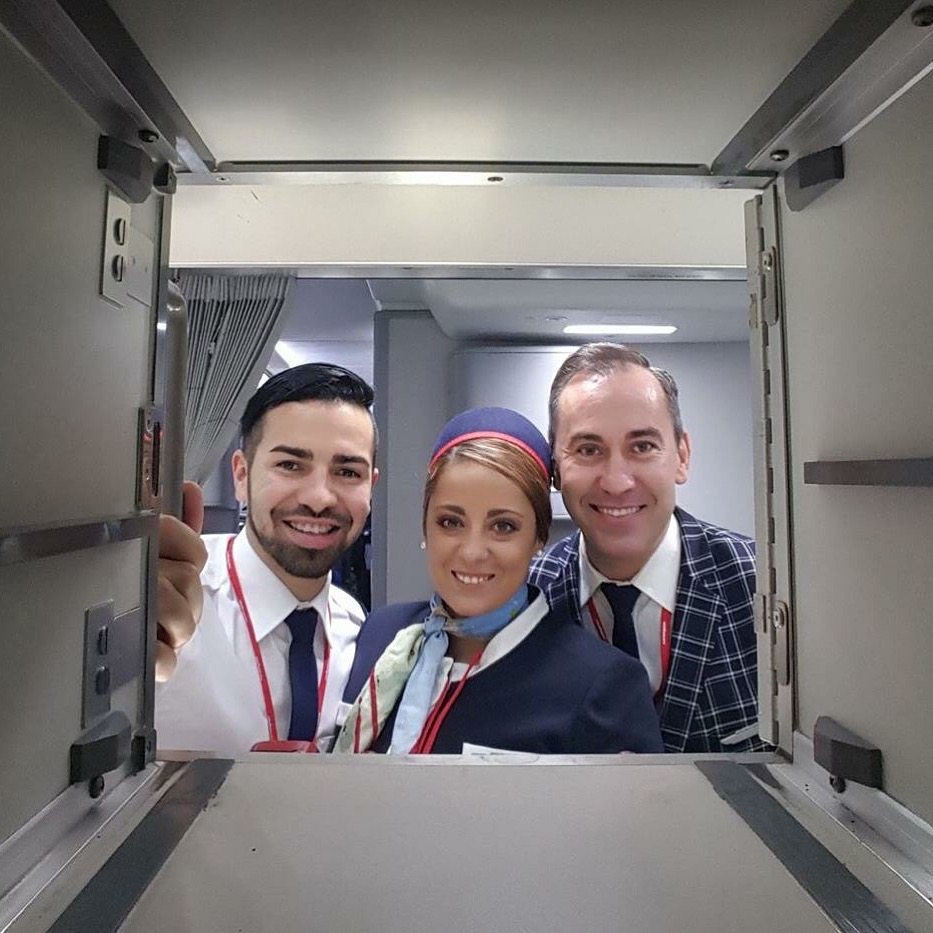 I get it, though— on both sides. I know commercial airports and commercial flights. The flight attendants can be tired, grumpy, and sometimes don’t even listen to the fact that you, “bought that seat!” Aviation is an imperfect world and your flight attendants probably don’t even know why the gate agents gave your seat to someone else. They just want to have an uneventful flight, with a good crew, to a nice layover city. It’s a lot to ask in this generation of aviation. I will guarantee though, that the crew does want passengers to be happy and safe.

We have the same goal. Mainstream media has pitted those forced to step onto a commercial airline in the ‘flight fighting ring’ of crew vs. pax. It’s not supposed to be like this! I think we have the same hopes. We want the same things. We simply want to fly from A to B; happily, safely, and on-time, and have days off between to enjoy our lives and create adventures. That’s it. It’s not that complex or difficult.

Don’t think it’s such a puzzle as to what is going on with commercial aviation right now. The bigger puzzle is how airline companies and their communication departments are going to shift the tide and redirect the image of air travel. These companies have a lot of work to do— first starting with the news agencies and second with their own training curriculum. Sadly, the happy air traveler and sweet flight attendant are becoming an icon of history, and if someone doesn’t do something soon, they are going to be extinct. Most flight attendants love their jobs, and it’s sad to see the state of commercial aviation in the place that it is. It shouldn’t be— that every day we get on our flight— we might need to prepare for a fight. 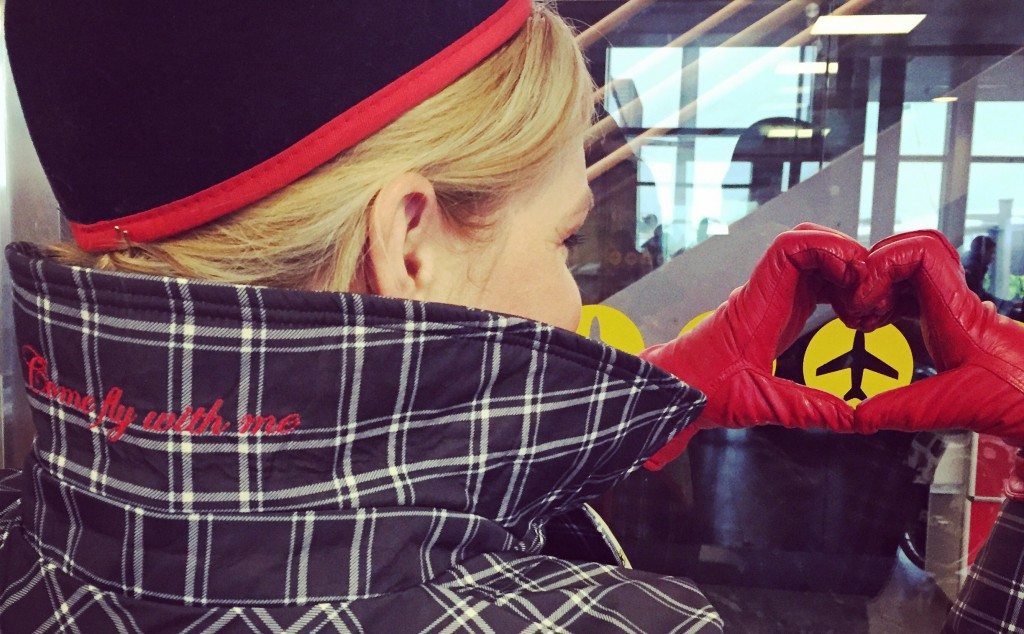 It’s not the “mainstream media” that’s spreading these stories. These stories are all originating in social media and being spread at least as much in alternative, non-mainstream media like blogs and opinion sites.