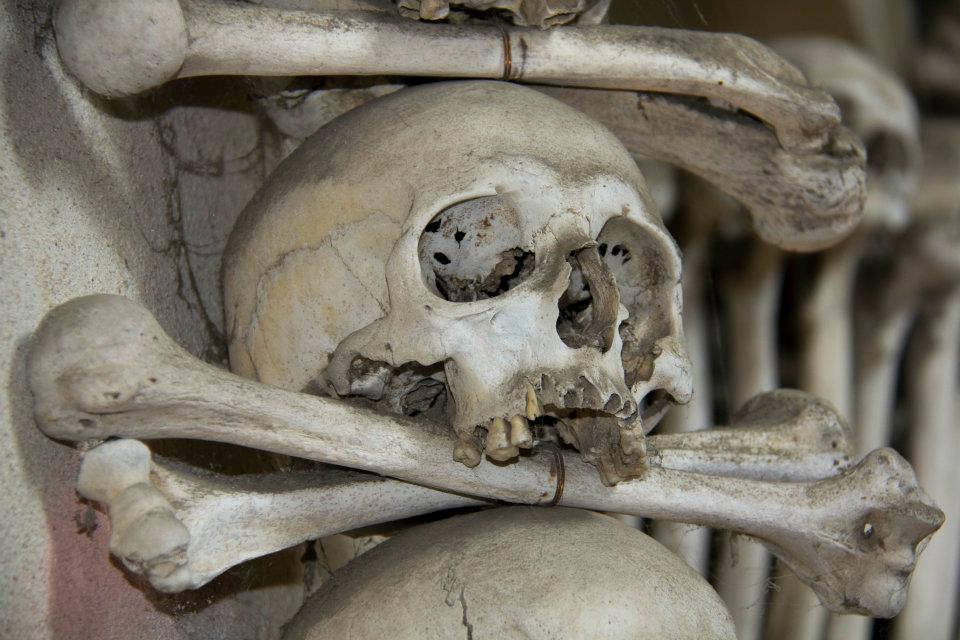 Kutná Hora and The Bone Chapel

Have you ever been somewhere, and all that you could think was, “This. Is. Just. Weird.”  That was pretty much the train of thoughts my mind halted on when I visited the bizarre Bone Chapel located in a suburb of Kutná Hora, Czech Republic.

Kutná Hora was a mining town in medieval times, and once the second largest city, only surpassed by the beautiful city of Prague.  Now, the town is home to only about 21,00o residents, but over 200,000 tourists visit each year, mostly stopping to take a look at Sedlec Ossaury, The Bone Chapel

Sedlec Ossaury was named a UNESCO World Heritage Site in 1995, and its interest lies in that the Gothic style chapel is decorated solely with human bones, an estimated skeletal amount that makes a horror zombie film look like a fine spring day; somewhere around the remnants of 40,000 to 70,000 people.

Skulls sit artfully by the entrance, a chandelier, that supposedly contains every human bone in the entire body, suspends from the ceiling, and a the Schwarzenberg family Coat of Arms, lays claim to an entire wall. How did this come to be and why would someone create the macabre display of mortality? Around 1400, The Ossaury was built in the center of the cemetery, and over the following centuries, the bones of individuals were placed in the chapel, as the cemetery was so overcrowded that bodies were buried six deep.  In 1870, the Schwarzenberg family, Bohemian aristocrats who had way too much extra money collecting dust in all of their fancy castles, hired František Rint as chief interior designer, specifically employed to put the Chapel’s pile of bones into order.  And so he did. There was a repulsive feel to the chapel, as if it was an invasion of someone’s personal privacy.  I stared at what was once someone’s mother, someone’s husband, someone’s child.  Now, pulled together by wires, specifically so that people can gawk and awe, passing by as if the breath of life never mattered, and the realities of death are to be turned into trivialities.  After visiting museums acknowledging the horrors of the Holocaust, memorials honoring those that suffered and died, and walking through Auschwitz-Berkanau, Kutna Hora felt cheap.

The memorials of the Holocaust, intense and emotionally draining to visit, brings the experiences of millions, into a place of reverence and connectedness, by honoring the life and death of individuals through story.  Auschwitz, disgusting, because it was fueled and encompassed by extreme hate, Kutna Hora, disgusting because of the simple objectification of human life.  It doesn’t feel right.

Where does one cross the line between art and invasion of privacy?  Isn’t death a private experience, to be honored by those close, remembering the beauty of an individual’s life, not by someone that can by a ticket for 10 euro?  Where is the balance between appropriate acknowledgment and inappropriate voyerism?  Can an interesting connection be made to our societal obsession with reality television?

For the predominately atheistic country of the Czech Republic, Kutna Hora Bone Chapel is a reminder to the citizens of the fragility and finality of life.  That we must celebrate the moments we have, and live when we can because someday, we will only be a pile of bones. 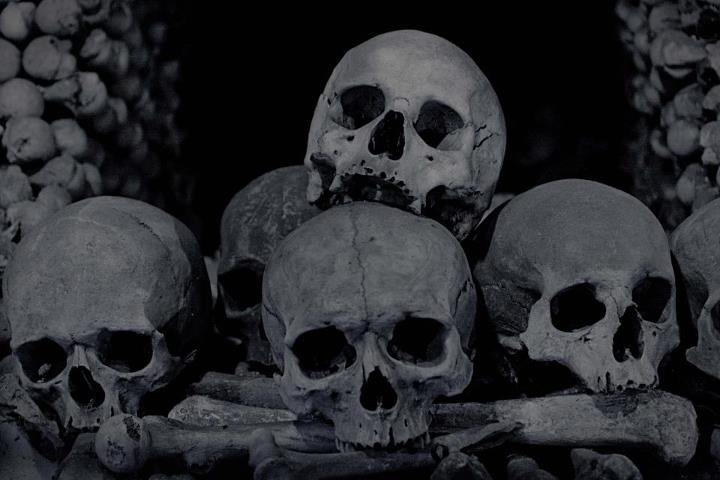 After saying all of that, I still recommend visiting Kutna Hora, as the experience encourages thought.  Kutna Hora is only a fifty minute train ride from Prague, and there are many tours available for those that want some history or, if you prefer, you can visit solo.

For more information check out the following links: