There’s something about being a sixteen year-old girl and making an airplane go up, and land safely on the ground again all by yourself, that is exhilarating and rewarding. Maybe that’s how flying always is for aviators. You will hear advice from the most seasoned pilots to, “never choose a career in aviation unless you truly adore it.” I think nobody should ever do or live a career that they are not completely head-over-heels for most days. Love and passion, in a job, is such an incredible motivator. I know what it’s like to have it. I know what it’s like to have had it lost. 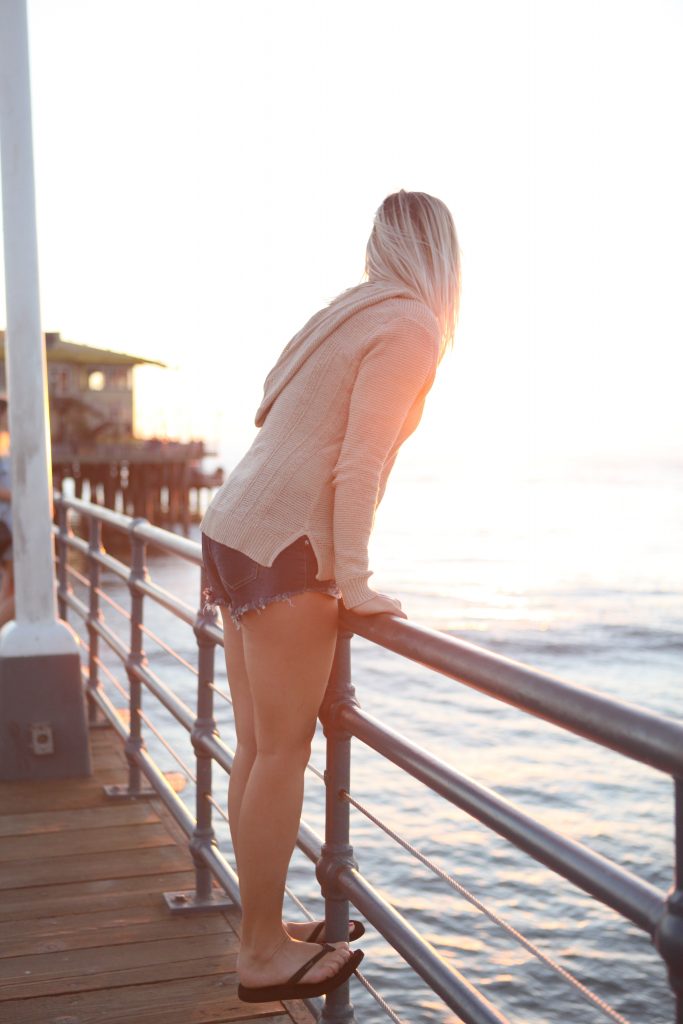 When one is entranced by being in the sky, it’s not really possible to go back to normal. Something is different. For my dad, flying was always something. My family’s love and pursuit of aviation has to be the reason I tried to run as far away from the profession of pilot or flight attendant that I could. As a teenager and college student, flying was always my brother’s ‘thing.’ Flying was always what my dad and brother did together. I thought flying was fun, but it was very available, and I wanted to be different. I wanted my own adventure. I wanted my own thing.

Ultimately, I failed miserably at finding “my own thing,” and yet, succeeded brilliantly at falling into my destiny. The universe— and the karma that fuels it— is funny, isn’t it? When anyone says, “Ohhh! So, your mom is a flight attendant?!?” These people then follow up with the knowing sentence, “That’s how you got into being a flight attendant, right?” To this, I quickly put them in their place. “No. My mom became a flight attendant a year after I did, because I said it was fun.” There are the others who say— “So, your dad is the one who got you into corporate aviation?” Actually, no. Not really. Granted, he gave me insight into the industry and pulled a few strings to snag some important interviews, but it was because my dad was a corporate pilot, I forever shied away from wanting to live the way he had to when I was little. I never wanted to “never know what I was doing with my life.” As a 12 year old, I remember too many times of driving to the beach, being 20 minutes from home, and Dad getting a call to fly. We would turn around and drive like maniacs along the country roads. I remember too many times of Dad waking up at 2am for an Air Ambulance call. The car would start, and the sound of the backdoor would slam me awake. I would fuzzily wonder where he was going; while hoping he would be safe and come back home soon. I remember thinking that— when I was all grown up— I wanted a job where I could plan my days and months. I envisioned a career that allowed me to sleep through every night without red eyes. Funny what found me. Funny how life plays to it’s own melody. Funny how I became so happy living a career I expected to dislike. What do I know, huh? Fate got me good with this one. Fate finds us— both in life and in love— what was always meant to make us happy. Just say yes to those little cues. Just say yes to your what ifs. Just say yes.

I can say for fact that I fell for flying, and when I’m not in the sky, something feels weird and wrong. The way I wanted to be a planner has flipped, and I’ve come to enjoy spontaneity as a drug. I was never and will never enjoy a 9-to-5 style job. People ask often— “So, you want to pursue writing more than flying?” God, No! Do you only drink water and forget to breathe oxygen? Or only breathe and never hydrate? Absolutely not! I cannot have flying without writing. Words are my oxygen and flying the way I add life to a parched soul. It’s truly beyond time I get back in the sky on a regular basis.

I wondered why my Dad gave up flying, if he loved it so much. I asked him why he left, because why would such a good pilot leave? In my mind, flying love is always flying love, so why would you change? The answer I received was not exactly what I expected. He said— point blank and honestly— “Of course I want to fly. BUT, I want to fly on my own terms.” Those words hit me deeply and struck me profoundly. Isn’t that what we all want for our lives? Isn’t that why I quit my dream airline job? Isn’t that why I chose to start over in a new career? Isn’t it about getting to the place where I get to fly, “on my own terms?”

Isn’t that what you want for your life— to live and dream and work on your own terms? Wouldn’t you say that the people who we most admire, and want to emulate, live in a way that they do life on their own terms. These types are the leaders, the renegades, and the world shakers. These are the ones who have told themselves that; Yes— I will fly. But, in my way; on my terms.

My Dad told me that flying in the way that he wants now is by teaching me how to fly. It was not until talking to him, on the drive from the kite beach back to my beach, that I realized that my dream is intertwined in his dreams. I am so excited about working towards becoming a pilot, and by working together, we are accomplishing something for both of our souls. I couldn’t have asked for a better gift than learning to fly from my Dad; especially for a daughter entrenched and enthralled by the aviation industry. Three years ago, when I began taking flight lessons again, I wished so badly that dad was teaching me to fly like he had when I was sixteen. I’ll get that chance again. 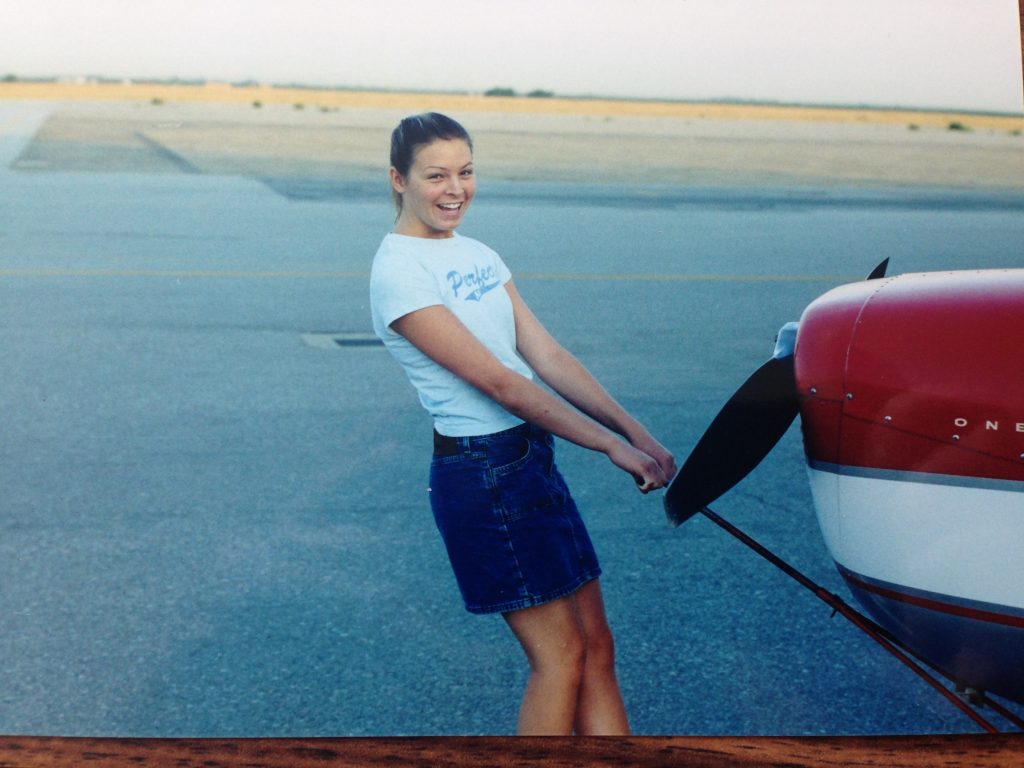 There are so many things wrong and frustrating about my life place and career at the moment, that I often wish I was back at my International Airline. Then I think about how, by being closer to my family, I will have the time and opportunity to become a pilot. By working as a corporate flight attendant, I will eventually have more money to devote to my dreams; both in the realm of aviation and writing. I made some tough decisions in August, November, and ‘to be continued;’ regarding my career and living my life “on my own terms,” and what I’ve noticed is that— at every step— my family has been solid, supportive, and prayerful. I’ve been lucky and blessed to be surrounded by individuals who desire to live in the way that they deem best— without concern about what is safe, logical, or sure— but are driven by a sense of greater purpose and passion. These are those who ‘fly on their own terms.’ I want that. I want those kind of wings.