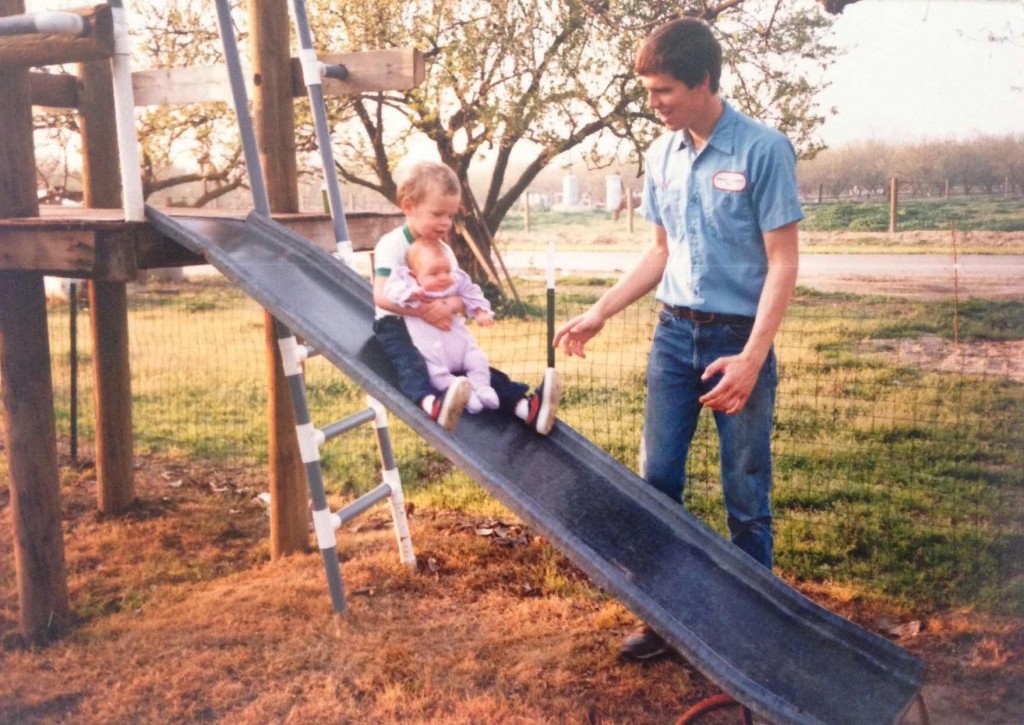 I quit my airline, and before I start the next adventurous job,  I took two weeks to live in the world of the unemployed.  I adore the foreign, and this felt completely so, which wasn’t necessarily a comfortable feeling.  I had been working two jobs.  I had been taking flight lessons.  I had been traveling to Los Angeles whenever I could.  Everything was nonstop.  And then, it all just stopped.

I had thought about traveling during my two weeks free.  I had wanted to.  I longed for Southeast Asia, but my health screamed insanity, and that the decision instead of globetrotting would be staying away from airports, and airplanes, spending my time home on “The Farm.” I haven’t stepped foot in an airport, or sat myself on an airplane in over twelve days.  I can’t remember going this long without.  It’s sad.  It’s strange.  It’s weirdly wonderful. I grew up in the country, on a farm, my grandparents owning the land immediately surrounding my parent’s home and theirs.  I don’t consider myself a true farm girl, the tough, tractor driving type, the type that likes to get her nails dirty.  I’ve driven a tractor before, and shot a gun, but my childhood years of farm life were mostly seeing fields change, and jumping in cotton trailers after the harvesters came through.  It was a good life. The California farmland where I lived is affectionately referenced as an “armpit.”  I’ll be the first to tell anyone that it’s smelly, and uncomfortably hot in the summers.  And, for the eyes that don’t care to look a little deeper, all the beauty to be found are oilfields.  I don’t often like to tell people where I’m from.  Hermosa Beach, and almost any city, for that matter, with beach in its name, or the sandy shoreline within walking distance, simply has my heart.  That being said, there is something about Shafter, California;  the small, sleepy, predominantly hispanic farm community where I grew up.  Dirt roads, almond orchards, and pets running free around the yard.  It was a unique childhood, and much of who I am now can be attributed to how I was raised.  I truly love that Shafter is part of my story.  I love the memories associated with home, the comforting sounds of farm equipment, walks around the field, and visits to Grandpa and Grandma’s house which was just across the field. People may not understand why I picked armpit farmland over Bali, but my health; soul, and spirit, needed a rest.  The first day I arrived home, I slept fifteen hours, following that up with at least twelve hours of uninterrupted, blissful rest every subsequent night.  I decided I wanted to go on a juice cleanse, quit coffee, cut out sugar, and exercise on a regular schedule.  I planned on getting more writing done, but the withdrawals that I experienced from quitting my job affected me more than I expected. The shots you take on the farm.  Dad and I drinking wheatgrass.  The BENEFITS OF WHEATGRASS ARE INCREDIBLE!

I’ve been shocked at how fantastic I have been feeling, and looking since my juice cleanse experiment.  I’m not sure why I am so shocked, as growing up with a dietitian mother has me knowing what a healthy lifestyle makes you look like, and feel like.  I didn’t exactly go no food completely, but 95 percent of what I consumed was a liquid form of fresh beets, spinach, kale, lemon, pineapple, apple, carrot, celery, ginger, and whatever else I creatively wanted to include.  As the days went on, my juice skills improved, and the taste of the beverages improved.  Cravings for sugar, chocolate, and coffee subsided, as well as my headaches.  My energy skyrocketed. My skin radiated a vibrant glow.  My hair shone silky soft.  Serious.  No exaggeration.  All of this during the span of only seven days. Weirdly, I had so much fun on the farm this time.  It seems that I only made juice, and went to the gym, but maybe that’s the only thing that I needed.  Dad, and I went on bike rides.  After the week home, I realized that I had been heading 200mph towards a crash, and the farm steered me clear of disaster.  It’s exactly what I needed, and with the rest, and healthy reset, I prepared myself for what the next four weeks have in store.  Which is…