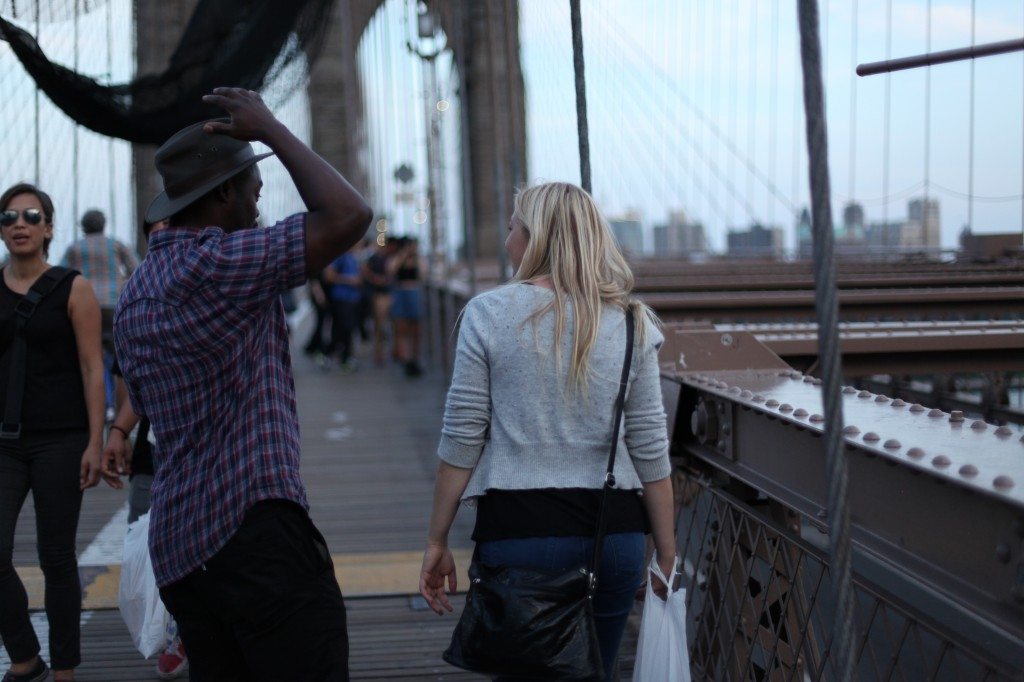 Dating As A Flight Attendant In A Digital Age

Editor’s Note: This was written a few weeks ago, in a slightly jet-lagged and frustrated moment. Enough said (but Tinder is still deleted). -K.M.

Photo credit: @LoveAlanaChan
I deleted Tinder. It was so novel and innocent when first discovered. Hikes to a treehouse in the Pacific Northwest. An attempted skydive on the North Shore of Oahu that was interrupted by bad weather as a first meet-n-greet. Climbing up the fire escape ladder to the rooftop of an undisclosed hotel in Waikiki to drink coconut water and watch the city and the waves twinkle underneath a night sky. I remember saying, when this date told me to be careful of the motion sensor lights, “K! Don’t get me arrested. I have to fly tomorrow!!”
So maybe it wasn’t all innocent, but it was good. Meeting men mattered to me and it meant something. It was the hookup app that I didn’t use that way. It simply allowed my world to collide with individuals who had interesting stories— individuals who I probably wouldn’t have ever been introduced to if this digital dating world didn’t exist.
And then the days came when Tinder tried to make money and men realized just about the same time I did that this thumb swipe love life was best served during minutes of boredom or when insomnia hit. My jaded heart fought the frequency of take-offs and landings just as ferociously as my body fought the effect of timezones. Ultimately, I took a leave of absence from airline life for a few months due to fatigue, but was there a leave of absence available for love and dating? My heart felt so tired.
This thing about men and flight attendant fantasizing about dating fly girls (or guys) is actually real. The truth is dating a flight attendant is not a fairytale. Love in general is just not always a fairytale and dating a flight attendant, although it can be wonderful you must approach your interest with a lens focused in reality.  What the experience will be is unique. It will be a process of learning better ways to communicate within distance, understanding that jet lag sucks and maintaining a patience amidst changing schedules. At times, it may be a lot of work.
This era of dating doesn’t like work. We want accessible and an instant match. It seems that the major downside to what Tinder and digital dating has allowed is for men and women to skirt emotional investment and continually wait for “the next best thing.” Even if it’s shallow, my next crush is only the distance of an iPhone away and to a flight attendant who never knows where she will be next, this is comforting. Comforting and dangerous.
The danger is that lasting relationships need time to develop and mature, a safe space to flourish and a willingness to be vulnerable. Digitally we are the cutest, happiest, funniest and most fascinating versions of ourselves. We’ve stopped asking questions directly of a love interest because we will just “Google him” later. You know so much about someone without ever actually knowing them at all.  We are no longer willing to take the time to discover who someone is and what is uniquely beautiful about them.  Dating just doesn’t work the way it once did, and I’m not even sure what way that ever was anyway.
I see it working in a way of rationalization and justifications. “Oh it’s not really cheating,” or “He’s probably dating more than one person, so I won’t take this seriously.” This is disrespectful and cheats you out of truly opening up to genuine connections. I have felt levels of disrespect and insincerity, being approached by unavailable men. Ignoring the truth of your relationship status is a stupid line to walk if your truth is all over the internet.  It’s simply not the best strategy in a world where technology not only exists, but fuels too many facets of our lives and of society. But when a girl or guy isn’t told all of the truth, I guess in these moments, Google is that one trusted friend.
When faced by the scenario mentioned, of the non-single male pretending to be single, I want to scream that I’m not just a flight attendant. I’m not just a profile on Tinder with a pretty face and a nice smile. I’m not just a blogger, bubbly blonde or your next ego boost. I am human with a heart that beats and feels and aches over every goodbye and woman who battles the disappointments over potential loves and actual loves gone wrong. Maybe it is my career and my job that causes a problem in the end, but I love this job. I love my life. I love the woman I am and am becoming. I’m not giving up what I love just for anything. And for the record, the way that you show up in love and dating and life will not determine the way that I show up. I will show up honest and sincere, genuine and respectful.
I may have an established digital existence. I may keep a constant smile as it truly is part of the flight attendant uniform. I may understand, forgive and let your indiscretions slide, but I can’t help but somewhere hold onto the thought that, “I am better than this. I deserve better than this. I will have better than this double timing, app swiping love thing happening in the world.” We all fucking deserve better than this way that we choose to play with people’s emotions in a culture where care and consideration are entities that harder and harder to come by.
So, I deleted Tinder. I wasn’t being respectful, considerate or caring by loving this way in dating. I’m not really dating right now, but I don’t think I was ever really dating before either.