Come Fly With Me…

For those that have kept asking, or for those that have been on the edge of their seats wondering, or for those that simply do not care who I am flying for after quitting my job, I am about to tell you.  The day has finally arrived.  I am here to spill the secret- announce my new airline, show off the fancy new uniform, and unveil the adventures.  This is the post that should include a drumroll.  Maybe even a live band, and some dancing.  Because dancing is always good.

Oh wait!  There IS dancing!

So, if you haven’t figured it out….

I’m FLYING FOR NORWEGIAN AIR INTERNATIONAL!!!!!!!! (and all of those exclamation points are absolutely necessary).

I remember being asked this summer, by the besties, what airline I would want to fly for besides the carrier that I was with at the time.  The girls rattled off fancy airlines, and when I came to my turn, I shrugged.  I didn’t feel like my life was lacking because I was with a small, domestic airline, one that we always joked about behind its back.  “Delay Is Our Deal” we would say, and oh yes, “regular water?” If by regular, you mean FREE, then absolutely not.  Ice, and smiles are included with your seat that doesn’t recline, and that’s it.  And please.  Don’t act entitled, because I know you only paid $49 for your ticket.  (I just made myself sound like jaded stew. Really, I promise that I’m not).  After saying all of that, honestly, I was very happy working for that airline, bad jokes, bad days, and all.  I lived the life I wanted, traveling to where I wanted, and creating new experiences.  Always live the life philosophy that no matter what environment you find yourself in, enjoyable or otherwise, YOU CREATE who you are, and who you want to become.

I said then, that if I go anywhere, I want to fly for a European carrier.  That’s it.  But I knew, this would never be.  I’m American.  I only speak English.  I will never be a Lufthansa, or Iceland Air beauty.  But, as life always seems to happen when you are making other plans, I was made aware, by OSM Aviation, that Norwegian Long Haul (now Norwegian Air International) was looking for Cabin Crew Members to fly on the Boeing 787 Dreamliner.  I was also informed that if employed, I would be fashionably fitted in a fancy flight attendant uniform.

Red gloves. A hat. And a cape included.   I’m sorry.  I’m not sure you heard me correctly.  I really did say a cape.

In a lot of ways, saying that I made the switch for the uniform, or the blog, both of which hold truth, cannot exactly equally compare to the realist that argues, “Kara, you aren’t 23 anymore.”  “I thought you said that you wanted to settle.”  “When are you going to settle?”  You took a huge pay cut, going from being the 5th to choose a schedule, to no choice, working for a company that has stirred up controversy”  Why?  Why would you do this?

Because this is where I am meant to be.

When you know who you are, and you know where you want to go, it doesn’t matter what controversy is stirred, and what is said.  You are confident, and secure in your decisions.

Maybe you are looking for better, more sound reasoning than “I did this for the blog,” but deep to my core, I weighed my options, thought this through, and made a big girl decision to change my life, taking the dream that I never actually expected to have the opportunity to live, and accept it.  It is true that I had a pretty good set-up- a really good set-up at my previous airline, especially during my last two months.  I was making almost three times what I will make now, and I had been cast to work on a TV show, a gig that I would still have right now if I didn’t quit.  I lost all of my free travel benefits.  (Ruh Roh to that). 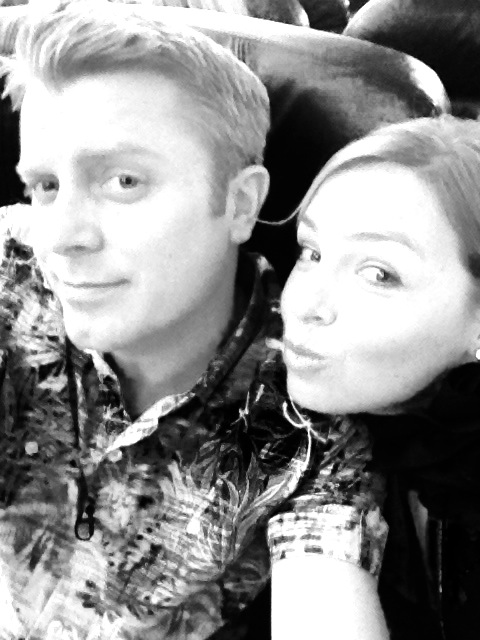 But, I told myself once, and I tell myself often, don’t ever let yourself become too comfortable, and stay because it’s simple, easy, and known.  I haven’t been rich since I started flying, and with flying, I probably never will be.  That is simply the reality.  And as my car breaks again, and I send freelance pitch, after freelance pitch unanswered, I struggle, wondering how this will work, but knowing, that it will be ok.  It will be more than ok.  I will make this job as cabin crew, a position that I am so excited about, work.  I will make the blog, the website that is going through so many changes, work.  I will write my book, see my TV show idea purchased, and get that pilot’s license.  One of my strong beliefs is that money cannot be compared to experience, and opportunity cannot always be monetized.  As much as the “smart choice” could have been Delta, or Alaska, or American, I am thrilled with Norwegian, because I am about adventure, and this will be an adventure.  I wasn’t meant to be anywhere else for now.  At Norwegian, I fit.  I love start-ups, and that’s Norwegian.  I love when people follow unconventional routes, and chart new paths.  That’s Norwegian.  I love new experiences.  This is a vibrant company, full of life.  It’s a place that will encourage ideas, growth, and leadership.  It’s the perfect mix of professional, and fun.

I’ve thought, and cried so many times over why I would leave my Hawaii life, for Florida, faced with that move as the biggest mistake, but I would have never accepted the offer to join Norwegian Air International if I hadn’t already been a Ft Lauderdale based flight attendant.  Trust that life unfolds at the pace that it’s supposed to, and know that you are always a player in that.  Seneca said that luck happens when preparation meets opportunity, and I believe that statement to be truth.  You get what you want in life by working hard, and preparing yourself.  I feel so lucky for where life has brought me, and what is in store for me, and I don’t feel like it’s always deserved, but I do know that it’s taken years for me to be prepared.  I wouldn’t have been ready for the responsibilities at Norwegian had I not had the foundation of my previous employer.  I would not have been ready for the TV show had I not spent all of my time traveling the world.

When you finally are ready, and are able to handle the responsibility that comes along with dreams becoming reality, they become.

Come fly with me soon.  I’m looking forward to it, and maybe by then, I’ll know a few more Norwegian words than just the fruits and vegetables at the grocery store.

Happy to have a badge again…

Even if the photo is appalling…

DISCLAIMER and INFO:
Please check OSM Aviation for updates on available Cabin Crew Positions as Norwegian Air International expands.  Book your flights (and fly with me) for summer vacation travel, by visiting Norwegian Long Haul.  Thanks to OSM Aviation for some of the photos, and videos in this blog.  All thoughts, and perspectives stated in this post are solely that of ‘The Flight Attendant Life’ and not endorsed by any airline, or company.

Kara!! That’s such amazing news! And to be honest; I’d leave my pilot job to get back to my trolley for that outfit!! That’s the BEST uniform ever! Very jealous!! Enjoy girl, you’ll love the long haul! I always did as well. Bring on the adventures! Xx

I like the way you explain your motivations along the way: I’m sure that’s helpful for others contemplating life changes. Nice hat, jacket and cape BTW. Very 1960’s. Maybe you can bring back the glam days of Pan Am. You kind of downplay the benefits of working on a brand new 787; quite a step up from the antique collection you’ve been on. Have you ever been to the Dreamliner Gallery at Boeing’s Everett factory? If not, it’s a somewhat secret showroom building where Boeing woos the airline execs with all their options during the order process. Like walking into a combination Porsche dealer and Home Depot. I thought it was amazing. Not part of the public tour, but I’m sure with your moxie you could find a way to get in.

Your outfit is super cute!! Congratulations on the new job. Where did you get your amazing pumps? They match your outfit perfectly. Are those your terminal shoes? What do you use as your inflight shoes? Sorry about all of the questions, I recently applied for a job with an airline so am am super curious about FA job and style. 🙂

This was honestly so inspiring to read. I actually just applied to Norwegian and was invited to complete the online assessments (which I submitted last night – They were tough; crossing my fingers at this point!) I can imagine you receive floods of messages and your schedule is very hectic to say the least, but I was wondering if you would mind answering a few questions regarding Norwegian (I’ve done my share of research and there isn’t much info out there). I would be truly grateful 🙂 Thank you!! My email is bonnieleigh1987@yahoo.com and my IG is bonnielovescats

Wow, just found your blog a few days ago and I’m hooked! I’m considering an FA job with Virgin America and your insights are invaluable. If I end up getting an offer it will be a tough choice considering time away from my husband and massive pay cut.

Are you still working for Norwegian? I am excited to fly with them SFO – ARN in December.