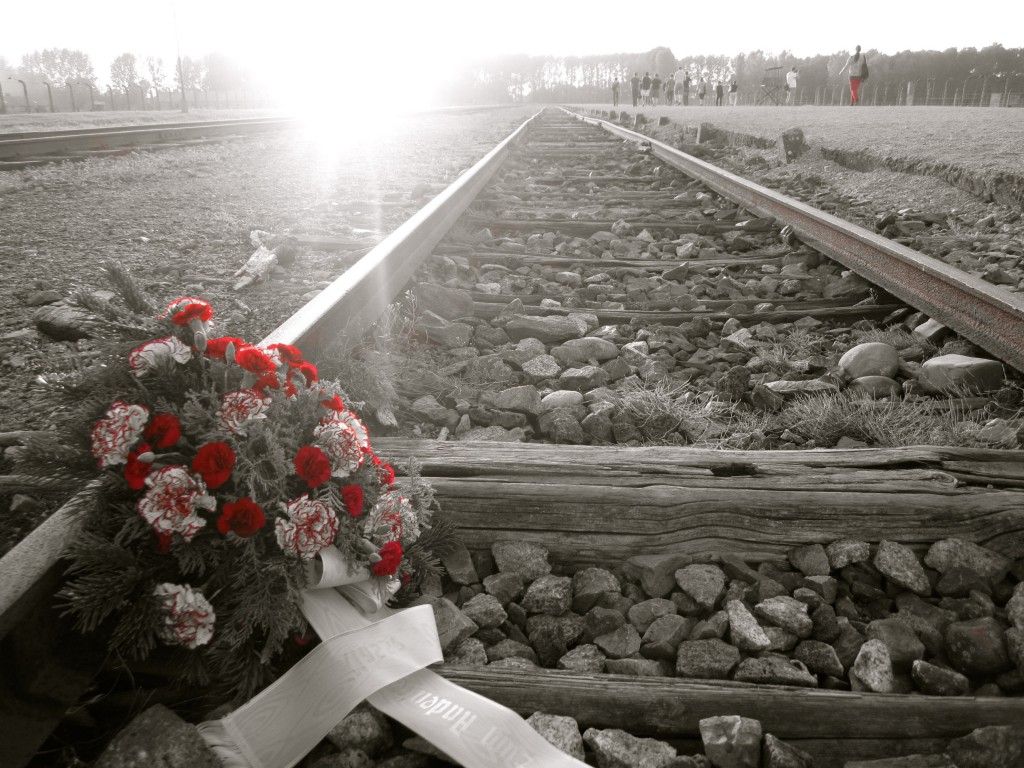 Two days ago, a woman with distinctive lines permanently etching a frown on her tanning booth, weathered skin, confronted the flight attendants as we sat in a corner of the terminal.  We were trying to hide.  Hide from those like she.  It was another day, and another delay.  This particular woman had been part of the 150+ passengers that had, the week previous, been inconvenienced with a flight that arrived over five hours behind schedule, a flight that I, and the other flight attendants present, had worked.

On this day, the woman thought that we would enjoy hearing her two cents, and what followed included complaints about the delay currently happening, the one that had happened, and that the airline was “just awful.”  She placed particular emphasis on how terrible it was that all of the passengers had to be bused from the airport’s remote parking to the terminal.  Her words crescendoed with a cigaretty rasp as she dramatized that, “We were packed in like cattle!”

Before my own words could tumble out, my brain clicked in, and instead, I sat silently, fuming.  Because as soon as she said the line, my mind flashed to a different era, a time when hate and evil murdered many innocent people, people who were actually packed in like cattle, loaded and hauled to their death. When traveling through Europe, the history of the Holocaust is a sobering and heart wrenching stamp in the continents’ history, in the world’s story, one that calls a constant reminder to please never let anything of the likes happen in our future.  It breaks my soul, and I feel sick, wishing, when I walked along the railroad tracks at Auschwitz that this could somehow just be a dream, that so many people were not murdered.   And gazed at the pile of cement, the mark of the crematorium, pursing my lips. Shock.  The shoes in one room.  The piles and piles of shoes.  Shoes that belonged to someone’s mother. To someone’s child.

Memorial for the Hungarian Jews in Budapest

And Ma’am, your aircraft was delayed today.  It was annoying and exhausting, but please, let’s describe the situation appropriately.  You were not deprived of necessities; water, food, shelter, a bathroom.  You were safe.  You were not abused or mistreated, tortured or hurt.  Your family was safe.  You could call them.  Tell them what you wanted.  Ask them if they needed anything.  When you describe being packed in like cattle, I’m not sure you understand what you are saying.

There are people in the world that experiences horrors on a daily basis that are beyond human understanding.  Genocide is happening now.  Daily.  Children are forced to be fighters, soldiers.  People that have experienced cruelty that is beyond an ability to fathom.  There are women and children starving because of no choice of their own, and then, sadly, there are those in more privileged places, where it is trendy to starve.

Haiti, still in pieces, 4 months after The Earthquake

Some people live like this. Maybe you actually have a house

Our lives aren’t perfect.  Maybe you got in a fender bender on the way home from work, or you got a D on that test, but I’m sure that there is something in your life you can be thankful for.  We often use words to describe minor inconveniences that pop up in our lives with dramatic descriptors, but maybe life isn’t quite as terrible as you choose to believe, and that flight you missed, maybe missing it could have saved your life.

You are where you are for a reason.  Let life play and be thankful for its tune, even when it’s not what you thought it was supposed to be.  I pray that you and I never truly know what hate is.  I hope that the past will continue to remind us to respect each other and to appreciate humanity.  Compared to much of the world, I have lived a whimsical fairytale existence, it’s a beautiful, mostly safe and kind world that I have encountered.  I have done nothing to deserve the goodness in my life, and when I think on the opportunities at my disposal, I feel so undeserving.  The life that I have been able to live recently…I don’t know what to say…

All I know to respond with is, “Thank you God.”

I also feel thankful for the life experiences that I have had over the past 86 years.

THAT WAS BEAUTIFUL,SWEETIE. YOUR BEST BLOG YET, AND I’M PROUD OF YOU FOR REALIZING WHAT A WONDERFUL LIFE WE’VED HAD. LOVE YOU,BABY. THAT’S WHAT GRANDPA SAYS TO ME NOW, WHENEVER WE SAY GOODBYE,AND THAT MEANS MORE TO ME THAN ALL THE GOLD IN THE WORLD. LOVE YOU,BABY jd

Thank you Joni! Love you and love our family:)

This article made me cry. Thank you so much for the common sense you put into writing this article. As someone who also works in the airline industry, I have also seen lots of people complain or throw fits when something doesn’t go their way. Thank you, just THANK YOU!