From Blog Reader To Flight Attendant 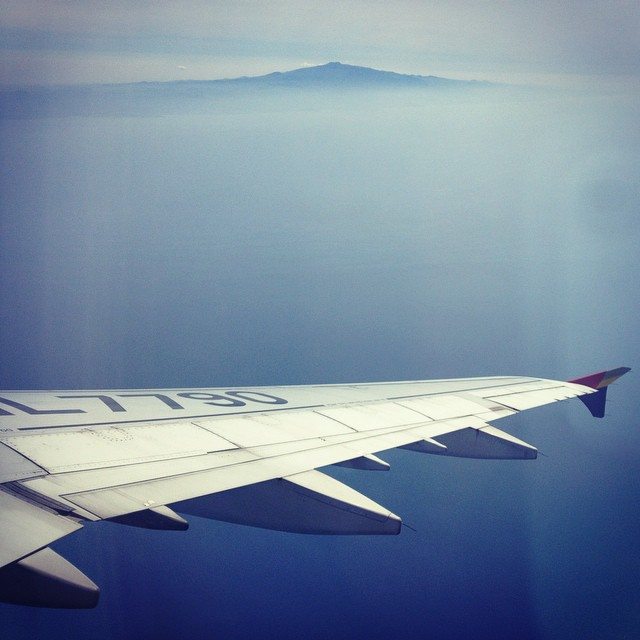 During my sophomore year of college, I had this crazy idea. After graduation, I was going to become a flight attendant. It seemed like the perfect idea. I would be able to travel the globe, meet interesting people from all over the world, and break free from the typical 9 to 5 lifestyle. But then reality hit me like a sack of bricks. The odds of even landing a flight attendant job seemed daunting. It would be a complete change from everything I’d ever known. I quickly set the idea on the back burner, convinced I was thinking irrationally.

Fast-forward two years to my senior year. I’d been accepted into Teach for America. Professors and advisors convinced me it would look great on my resume. It was a guaranteed job. Only 15% of applicants were accepted, and I’d be crazy to give up such an honor. I knew all of this. And yet, my heart still felt unsettled. Something was missing.

The flight attendant idea slowly began to creep back into my mind. When I realized that several airlines were hiring at the beginning of my last semester of school, I decided to submit an application to a major legacy carrier. The tedious application took over an hour. At the end, I hesitated on the final submission page for a moment, almost in disbelief that I was even considering this dream again. But I figured I had nothing to lose, so I clicked submit.

As it turns out, that application became the first of many. As the months dragged by, my anxiety increased every day as I scrolled through my empty e-mail inbox. They aren’t lying when they say this process can take a long time! Even after several “We have decided to pursue other candidates at this time” e-mails, my determination would not go away. I watched YouTube videos, downloaded e-books, and reached out to as many flight attendants as I could to ask them for any tips or advice. I was hungry for knowledge, and I prayed that one day I would be able to put it to use.

In the beginning, I didn’t care what airline I applied to. I just wanted to fly. However, it quickly became apparent that not all airlines are created equally. The legacy carrier that I had my heart set on turned out to be nothing like I imagined. A small regional carrier that I’d heard anything but negative things about had some of the friendliest flight attendants I’ve ever met. However, everything changed when I received an invitation to an Alaska Airlines interview.

The interview was all the way across the country. I would have to pay for my own airfare. I felt torn for several days. What if I didn’t get it and I traveled all that way for nothing? But what if I succeeded? I grew tired of wondering what could happen. I decided to take a chance and go.  It turned out to be one of the best decisions I’ve ever made. I immediately fell in love with the company. Luckily, the feeling was mutual! After several exhausting rounds of interviews, I received a conditional job offer and was set to begin training two months after graduation.

When I began to tell the news, I received a number of different responses. The reactions ranged from thrilled (“I’m so excited for you! You are going to be a perfect flight attendant!”) to curious (“What made you want to do that?”) to downright rude (“There’s no money in that! So you’re just going to serve peanuts and pretzels for the rest of your life? Why even bother with college?”). Having to explain my choice slowly became exhausting until one day I realized I didn’t have to. The flight attendant life is appealing to me. Stepping outside of my comfort zone, relocating to a new city, and navigating the uncertainties of reserve life are all things I am going to face. Not anyone else. It’s exciting and terrifying at the same time.

And that’s how I ended up on a flight bound for Seattle, headed to pre-employment testing. The view from my window seat is an amazing one. As we slowly descend into the Seattle area, Puget Sound sparkles under the sunlight and mountains can be seen for miles. I smile when it occurs to me that two years ago, becoming a flight attendant was merely a fleeting idea. I assumed the closest I would ever get to a life in the skies was watching Gwyneth Paltrow in View from the Top and reading The Flight Attendant Life blog. But as I feel the plane’s wheels touch down on the runway, I know that chasing this crazy dream was worth it. It’s time for my adventure. About the Author Jasmyne Hammonds

Great blog post Jasmyne! Very inspiring story, I was pulled in from the very first sentence. I’m happy you listened to your heart and decided to follow your dream! 🙂

I’ve dreamed of becoming a flight attendant . I’ve always been inclined to travel, meet new people, see new places. But with two little kids it would be be impossible for me to leave them for so many days and I would probably die from missing them too much lol I have a friend who is a flight attendant for The emirates airline and I love looking at her photos of the places she has traveled. I am excited for you even though I don’t even know you! Looking forward to reading more about your journey!