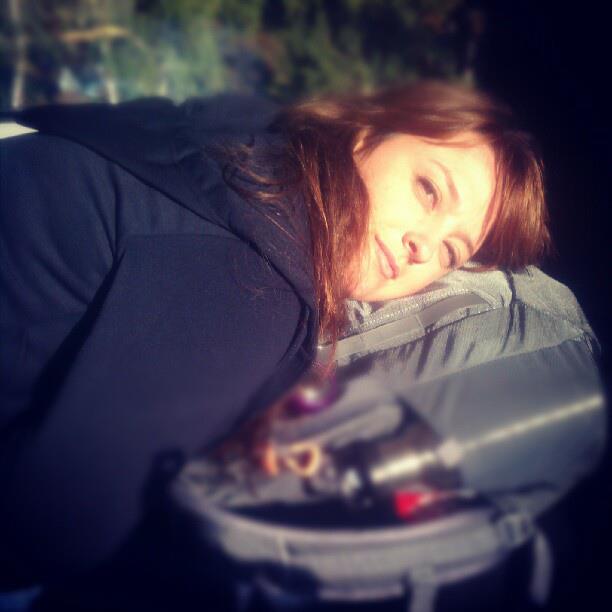 Crashpads are shared apartments that flight attendants or pilots rent at a discounted rate, located at an aircrew member’s base, that act as a place to ‘crash’ before and after a trip starts.

Crashpads are shared housing for airline crew (usually operated by private companies or private individuals, separate from the airline).

Crashpads operate in a similar style as hostels and include shared rooms and bathrooms, bunks like summer camp, and a shared kitchen.

The crashpad life is a necessity for a large number of cabin crew members as many commute from their homes to their assigned domiciles or base.  Commuting doesn’t mean braving the 405, but describes the scenario of the flight attendants and pilots who live in another city or in a different state to where they are based. They spend precious moments of their free time, entire days, in fact, braving full flights, red-eyes, delays, bad weather, and mechanicals just to make a few dollars.  The only promise in return is taxes, and the reverse commute after their four-day work trip is complete. Exhausting (and no wonder flight attendants have grumpy days).

While the lifestyle of many flight crews may appear glamorous, most flight attendants and pilots make significant “life trades,” most not having any choice of where they are based or when they will fly. The normal is the slam-click of a hotel room door and being gone on all major holidays and weekends. On top of that, ALL airline crew members begin at the bottom level seniority (which can include low pay).  So, splitting rent with six or ten others is the only way to survive living in cities like San Francisco, Los Angeles, New York, or Honolulu. In addition to mortgages and apartments, a pilot or flight attendant could pay anywhere between $250-$1000 monthly for a crashpad, a place to stash their stuff and get some shut-eye between trips.

Considering the inevitable debacle of placing too many people in a confined space for any long periods of time, (hence why air travel can be so torturous at times), crashpads are aptly named.  It’s unavoidable that an accident will occur. When I began flying, it was only a matter of time before the crashpad that I was living at self-destructed.

There were four of us in a two-bedroom, one-bath apartment, the alley behind the beach bungalow boasting a Pacific Ocean view.  It was adorable and pretty stable, considering the four of us, my co-workers and at the time, friends, were all on the rental agreement, committed to one full year of roommate bliss.

The honeymoon phase didn’t last long.  I quickly learned that it’s not a good idea to live with the same people you see at work every day.  In the environment of flying, gossip, stories, and US Weekly are the go-to activities between serving cokes and charging for bottle water.  So, with no separation of home and work, the safety of personal life and privacy was naturally skewed.

The pad was somewhat of a revolving door, as we had a pilot renting our couch at one point, a roommate from Germany for a couple of weeks, and a girl I found on Craigslist to share my room for a month.  I had a favorite roommate.  We would ride our bikes, go on walks, and get coffee together.  She didn’t stay long, and I cried so hard when she moved out.  Her fiancé at the time was in another state, and Kandi was over the airline lifestyle.  She couldn’t make a life for herself when her life was everywhere but in Southern California.

Then there was the bubbly blonde mom that couldn’t be rivaled when taking claim to the title of “life of the party.”  She was the reason the place looked like a home, adorably decorated, and at Christmas, we even had a hot pink Christmas tree thanks to her touch.  I have some fond memories of a few of the other girls that graced the pad.  When all of us were there, we would go out in Hermosa or have our friends come over to hang out at the place.  Of course, there are stories, but many are probably best left untold, and instead, I’ll simply say it was definitely an interesting, challenging, and entertaining year.

Th demise of the pad was inevitable.  Hurt feelings and disagreements left broken friendships.  I should have moved out much sooner than I did, but avoiding and “sticking it out” proved the stronger, but overall, left me the weaker.  I finally moved for a match-made-in-Craigslist which was serenity enclosed by four walls in comparison.  The next year’s only drama consisted of the roommate’s smelly cat with stinky kitty litter and having to invest in extra lint rollers (Orange cat hair + navy blue uniforms = annoyance of the day).

My life was peaceful and pleasant for a while until I got so sick of the cat hair and smell, that I thought it a good idea to move out of the apartment, collect my deposit, and save that month’s rent so that I could travel through Europe.  Absolutely the best decision ever, although, upon my return, I was a walking ad for Xanax, anxious to tears because of my homelessness  (Being unsettled and “out-of-control” is a struggle for me).

Then, somehow, my world collided with Sybil’s, and since, my life has been enriched by her fantastic sense of humor, her ability to listen, and her sound wisdom and advice.  My landlord-roomie has become more of a second mom, and along with the parade of other characters associated with this room rental; Stella The Yellow Lab, Dave The Dog Walker, Rachel, Rueben, Kathy, and Keith, along with a few others, they all, each in their unique way, add color, spark, and interest to my day.  I feel like the universe handed me more then I deserve; I feel like I crashed into a home.  Which equals the best crashpad ever!

I live in Manhattan on the Upper West Side in a lovely brownstone large studio – I live in a very lively and fun area, as well as close to all subways and stores and very safe. I am interested in finding out how I can find a flight attendant who needs a crash pad? I would appreciate your response. Thank you so much.

There are listing services like crashpads.com, but I’ve never used that myself to find a crashpad. Many airlines have internal postings either online or in airline crew rooms…that would be the best place to list your studio for a crashpad, but you would have to know someone that works for an airline. There are many Delta and Jetblue flight attendants that are based at JFK. I can see if I can find someone that I could recommend. The other option is to use craiglist, but be VERY specific that you want ONLY a flight attendant or pilot. And that it is a crashpad. If you used craigslist, you will have to screen very carefully. Hope I helped a little!
Kara

I also have a lovely studio/junior one bedroom I’d like to rent to flight attendants and/or pilots. It’s a brownstone in Manhattan midtown and just a couple of blocks from the E train. I’m not living there, so I could rent it to 2 people. I own it, so I could set a very reasonable price if I could also use some standby flights. Any chance you could help me spread the word?

Thanks for your time.