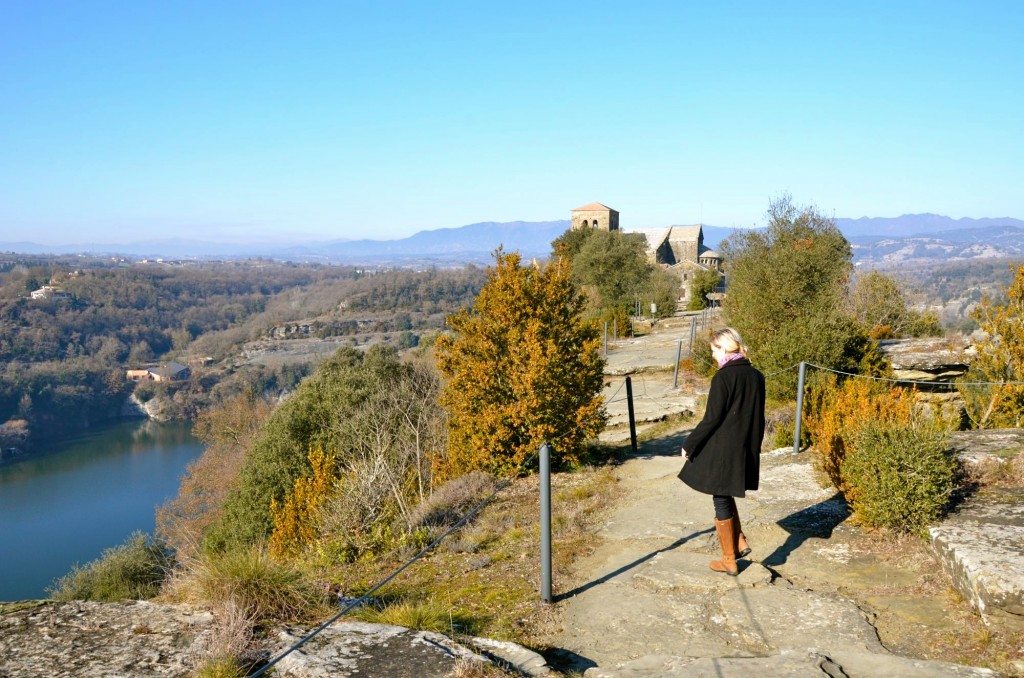 The Flight Attendant Life Travels: A Week In Spain

Absent minded and attention scattered, I sat on my bed, computer in front of me, a cup of tea in my left hand, and reached for my camera with my right.  I thought that it would be a good idea to erase the over 900 photos that had piled up from August until present.  Pressing buttons, I scrolled through the menu to find delete.  Quickly, effortlessly, the small shiny black rectangle slipped from my fingers and splashed into my warm cup of tea.  It was, unfortunately, a perfect shot.

Buying a new camera was not how I had envisioned spending money the day of leaving for Spain, and knowing that Europe is not the first choice in budget travel, I chose to take the waterlogged device with me.  I hoped that it would forgive the two seconds of swimming and revive at some point within the next couple of days.   I reasoned that until the camera did work, I would use my phone as an alternate.

I’m in the process of learning to “put things in perspective,” “it could be worse,” and the other clichéd sayings that I repeat to myself when I am about ready to lose it to the God’s of Frustration, Worry, Annoyance, and other nuances of my character that I hide on first dates and job interviews.

Since the photos taken from my phone would be of less quality than the digital camera, I decided to use the phone’s Polaroid app.  I was happy to have discovered a free solution to the swimming camera dilemma and prided myself on my problem solving ability.

But, as it says in The Bible, “Pride goeth before a fall.”

With only two days left in Barcelona, a friend living in the area took me out to see some Catalonian Countryside.   Past cow pastures and frost covered fields, we drove winding roads into the hills.  We walked through the 13th century town of Ruit, and meandered along a dirt path that ended in a vista of a canyon.  Pep said it was no Yosemite Valley, and while I snapped Polaroid after Polaroid of the stunning scenery that included a waterfall, I repeated how in awe of the place I was.

Apparently, by the end of the day’s adventures, my phone had had enough, and refused to take, or load any photos.  All of the photos were gone.  In an attempt to find the missing photos, I also inadvertently erased all of my contacts.

The personal dialogue flowed to other creative ways to tell the stories of Barcelona and a conscious decision to be thankful that I was simply in Spain.  I was in Spain! Spending time with new friends, exploring narrow streets, learning Catalan words, and just reveling in the experience of being young and traveling.

Some pictures from the first couple of days were saved, and between the pictures taken by friends, the situation didn’t turn out so bad.

Now off to buy a new camera…

How frustrating! If was fun to see the few pictures that made it. I hope your next adventure goes better.

[…] up with the topic of losing things, and due to my most recent underwater burial of my camera, I was told by a very chill Australian girl, “You need travel […]

[…] that glamorous?  Simply appreciate that I more often rave about Greece and Spain instead of puke and poo. Isn’t this Nice…Elounda, […]

Great insights! How is the weather last January? I am also planning to visit Barcelona this coming January but I’m afraid that it’ll be too cold. Is it? 🙂

The weather was wonderful in January! Light jacket and even just a t-shirt during the day on some of the days. As long as it’s not raining. I don’t know degrees in celsius, but in Fahrenheit it was 60s.

Hey! Would you mind if I share your blog with my twitter group?
There’s a lot of folks that I think would really appreciate your content.

Please let me know. Many thanks