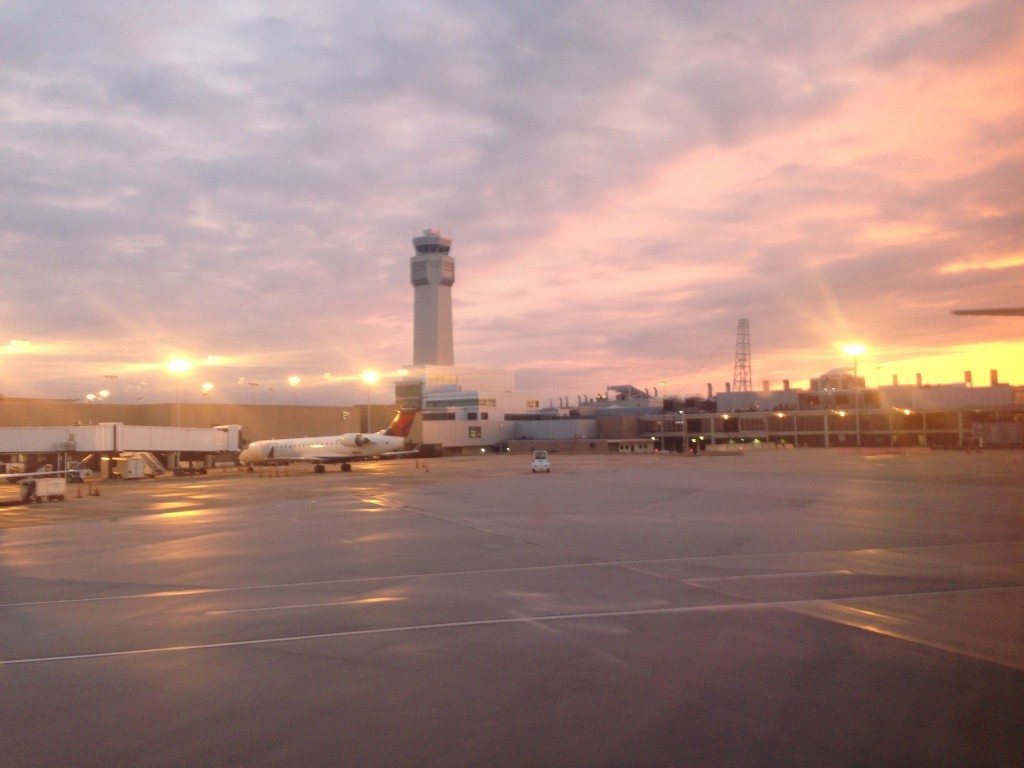 Some people have been wondering if I ever work, and the answer to that is, yes, sometimes.  When it is absolutely necessary:)

My sources tell me that no one thinks I actually work!  I thought I needed to set the record straight.  I do work.  Full-time, in fact.  Just my full-time doesn’t include an hour lunch break every day, or the other perks of an office job, other perks that I can’t recall at the moment.  But think, if you didn’t take an hour lunch break, every day, in five days, that’s five hours of banked time, those five hours equaling one work day for me.  So that means, I can bundle up more days off each month.  You could save yourself a whole lot of time if you ate lunch across from an aircraft lav instead of co-worker Jerry.  It’s what I do.  You say, “That is unpleasant!”

Just remember to lock when in use

But remember, I just went here:

What you read is that I’m somewhere; anywhere but work.  Copenhagen, Alaska, Half Moon Bay, Sweden…So, when would I have time to punch the clock?

I punch the clock.  I just don’t write about it very often, because it’s no fun to tell you:

I drove my car to employee parking at 4:00 am, sat and waited for the employee bus to depart for Terminal 5, removed my heels and walked through security, and then ate my breakfast next to a smelly aircraft lavatory.

I drove my car to employee parking at 6:00 am, sat and waited for the employee bus to depart for Terminal 5, removed my heels and walked through security.  I ate breakfast next to a smelly aircraft lavatory. A man said he peed his pants.  I didn’t check into the situation further.

I drove my car to employee parking at 5:00 am, sat and waited for the employee bus to depart for Terminal 5, removed my heels and walked through security.  The plane was broken.  I waited a long, long time.  People were mad.  We left three hours late.  A woman threw up in an air sick bag.  I gave her a napkin.

Wasn’t that glamorous?  Simply appreciate that I more often rave about Greece and Spain instead of puke and poo.

My job is full-time, and I work the hours required by my employer to stay at full-time status, but most often, I fly the minimum hours, so I can travel the maximum.  My incessant traveling has been catching up to me as I notice my nest egg of savings dwindling, causing within me a bit of a claustrophobic panic…”AHHH! But I want to go to Montreal next week!”

The thought of staying in one place…novel!

If you are thinking that you will be a millionaire on a flight attendant’s salary, think again.  But, if you would like to enjoy a comfortable, gypsy life, this could be your calling (I certainly landed in a nice space).

A flight attendant’s salary is based on a number of different factors; Which airline said flight attendant works for, seniority (years with the company), time spent away from base, hours worked over time, etc.  Flight Attendants can live comfortably on their own income, but I’ve noticed that most flight attendants have other sources of income outside of flying, and choose to fund passions of music, acting, or entrepreneurship through flying the friendly skies.

When Business Was Better: Tortillas!

My yearly income may be significantly less than half of what my professional 9-to-5’er friends, but the freedom and flexibility my job lends is something I won’t trade. Not now.  Not yet.  This isn’t forever, but it’s good today.  And maybe tomorrow.  This job has not only paid my bills, but it has shed light on areas in my life that are strengths, uncovered aspects of weakness, and overall, made me a more patient, easy-going, and understanding individual.

There are some jobs that you can get by working even if you loathe them.  Being a flight attendant doesn’t fall into the just-collect-another -dollar category.  Being a flight attendant doesn’t pay enough to be filed there.  You dislike people?  Wrong industry.  You hate not having a schedule?  Find yourself a different career.  This job does not pay enough to diminish the cons if you do not inherently like the randomness, can tolerate the weirdos, and laugh through the upsets.  Take last week for example.  I woke up at 5:00 am, went to the gym for a couple of hours, left for the airport by 8:00 am, and at the gate by 9:00 am, only to be greeted with a 3.5 hour delay, which turned into even longer.  After my day was said and done, I walked through my front door twenty minutes shy of midnight, and after approximately sixteen hours “at the job,” I was paid for about seven of those hours. So that day, I don’t even think I clocked California minimum hourly wage. Wah-Wah…

Yes, that was unfortunate, but that is just how flying is sometimes, often times.  I put up with it for the lessons in-between, because of the people who I get to meet, and the flight benefits that I take advantage of.  Since I began my quest to see the world, in just one year alone, I have racked up an estimate of $25,000 in airline tickets, had I been required to pay full-fare rates.  Then there are the aspects that  you can’t put a dollar amount on, like experiences or being able to look at a departure board and say, “Where would I like to go today?”

Another place to see:)

You make it sound very interesting and glamorous. Where to next?

I love reading your blog. You are talented and graciously funny. Live free and enjoy the world. You are the golden flight attendant….:-)

And you are so sweet! Thank you and thanks for reading:)

Do you get exhausted flying as a career?

Yes you do if you overwork yourself and work too many hours. Just like any other job. Flying is tiring, but you just have to find a balance in life:)

I understand that your pay is random, but you never said an actual dollar amount. If you wouldn’t mind, how much, on average, do you make a year? I start a job as a flight attendant this summer and would like to know how much money I should expect before going into it.

Sorry for the delayed reply. Although this question is directed at Kara, I’d like to jump in and offer an answer. While salary is always an awkward topic, it helps to know what you’re getting into in this career. When you start a job as a flight attendant in the U.S., you will be making somewhere between $15-$25 per hour, depending on the airline. Remember, this hourly rate is per FLIGHT HOUR, meaning you get paid only once the main cabin door of the plane has been shut, and the clock stops once the main cabin door opens again at your next destination. Sitting in the shuttle van, getting stuck in traffic on the way to work and even boarding your passengers is not considered being on the clock. Most flight attendants work between 75-100 hours a month, so that’s going to be a monthly salary of only $1,125 – $2,500… before taxes, deductions and union dues are taken out. Ouch.

The silver lining here is that you do receive “per diem” pay of $1.50-$3.00 per hour every hour that you are away from base, meaning from the time you check in for a multiple day trip to the time you arrive back at base. This per diem clock runs 24 hours a day, so even when you sleep at your hotel on an overnight, you’re making a little extra cash. The per diem usually ends up adding about $200-$500 a month to your paycheck, which isn’t much, but it helps.

Another resource you can use is Glassdoor.com, this has salaries for thousands of companies, including airlines. Hope this helps!

What’s the story with all those shoes on the river bank in Budapest, Hungary?

11 THINGS THAT HOLD YOU BACK FROM BECOMING A FLIGHT ATTENDANT [AND WAYS TO OVERCOME THEM] says November 6, 2015

[…] would be better than what I had, so there was no debate over entering an industry where the monthly income begins at a level well below the poverty line. With many who have toyed with the idea of becoming a flight attendant, they are used to bringing […]